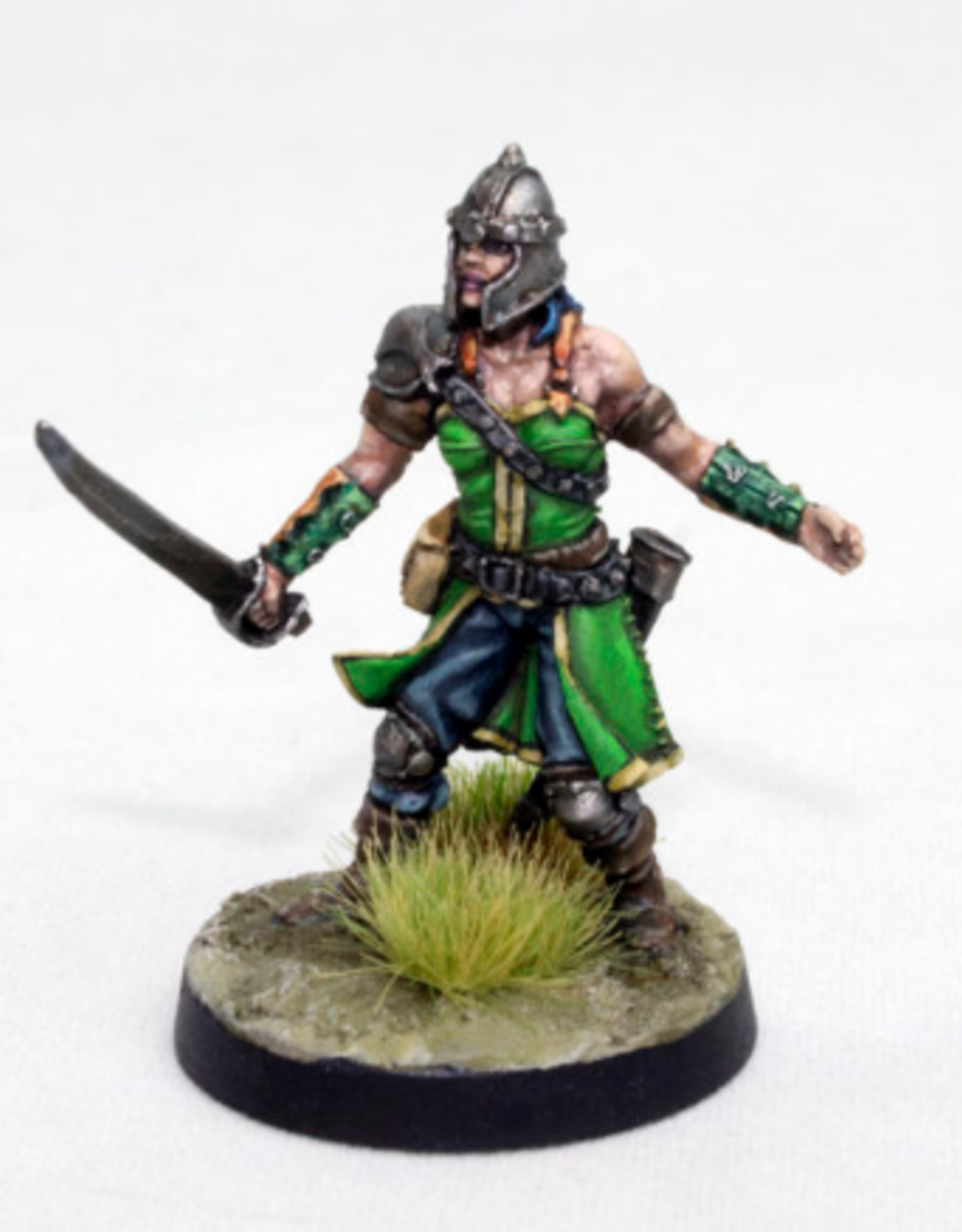 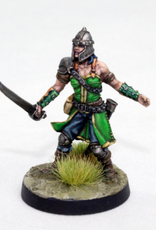 When the Falkaaran Navy chases down a pirate, these knights do the enforcing. Knight Mariners are less heavily armored than other knights but make up for it in their defensive skills able to choose between dodging and parrying attacks. They are also crafty attackers, feinting their opponents into committing defensively and then striking them when their guard is down. They are trained to lead sailors and marines on boarding actions and are feared warriors up and down the coast of Falkaar and among its neighboring islands. Falkaaran naval vessels of any size will possess a Knight Mariner lieutenant and several Knights Mariner as well as a contingent of marines. Little is known about the Sea Blade’s origins except that she was drummed out of the Knights Mariner and exiled from Falkaar for parts unknown. She surfaced as first mate on the Sailfin, a pirate ship operating on the Inner Sea. She preyed upon merchant shipping from both Falkaar and Haradel with great success until the Perakkirin found her mist-shrouded island base and a combined fleet converged to send the Sailfin to the bottom. The Sea Blade made it as far as the gallows before the The Black Rose staged a rescue for her. Now the Sea Blade sails in service to the Dark Syndicate. Her relationship to the Black Rose has given her new opportunities to plunder and her legend continues to grow amongst the people. The Knight Mariner/Sea Blade is a single model that contains the parts to be built more than one way. It is a 32mm white metal model in 4 pieces: body, helmeted head, unhelmeted head, right arm with a 25mm round plastic base. Supplied unpainted, assembly required. Sculpted by Chris Jackson.