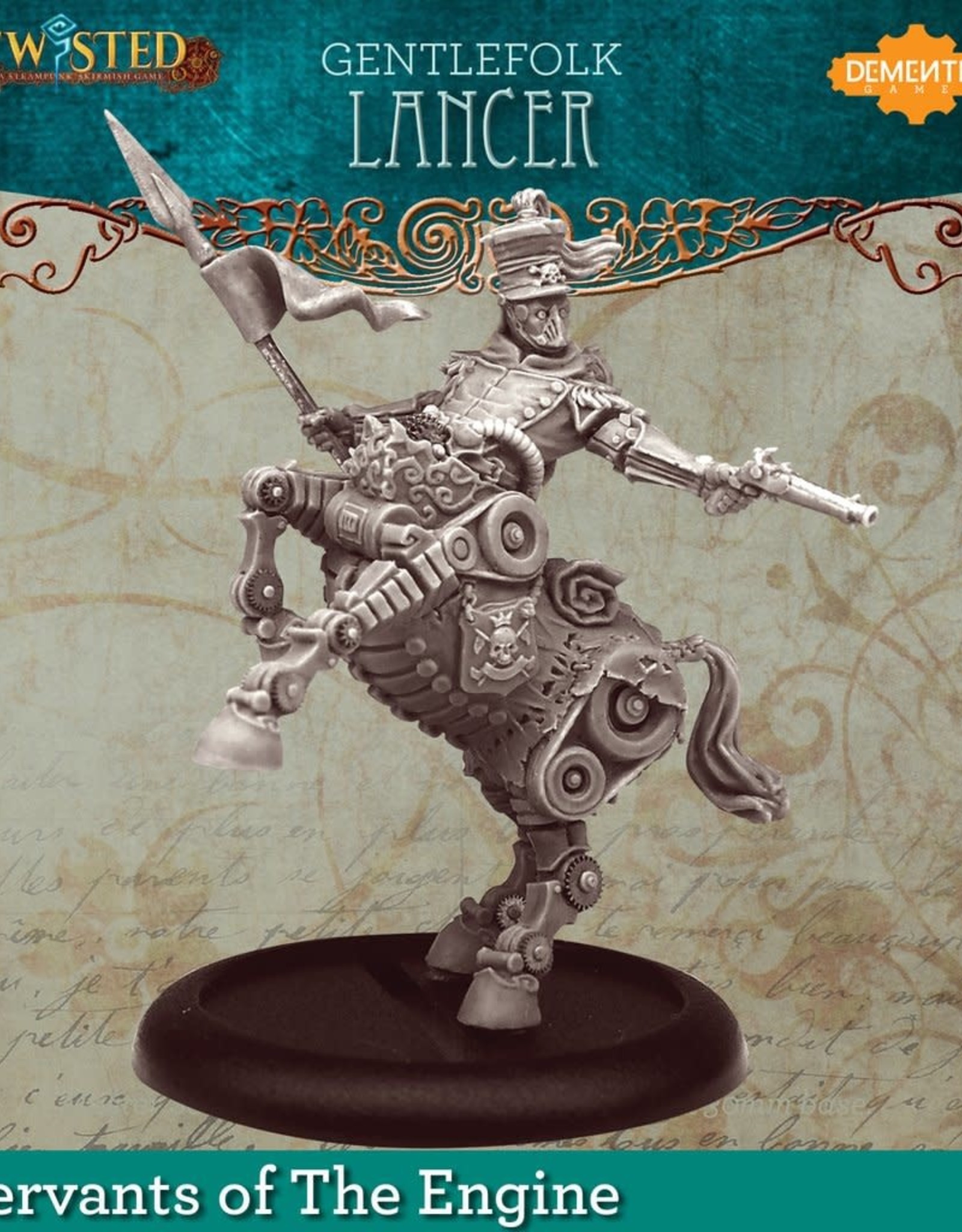 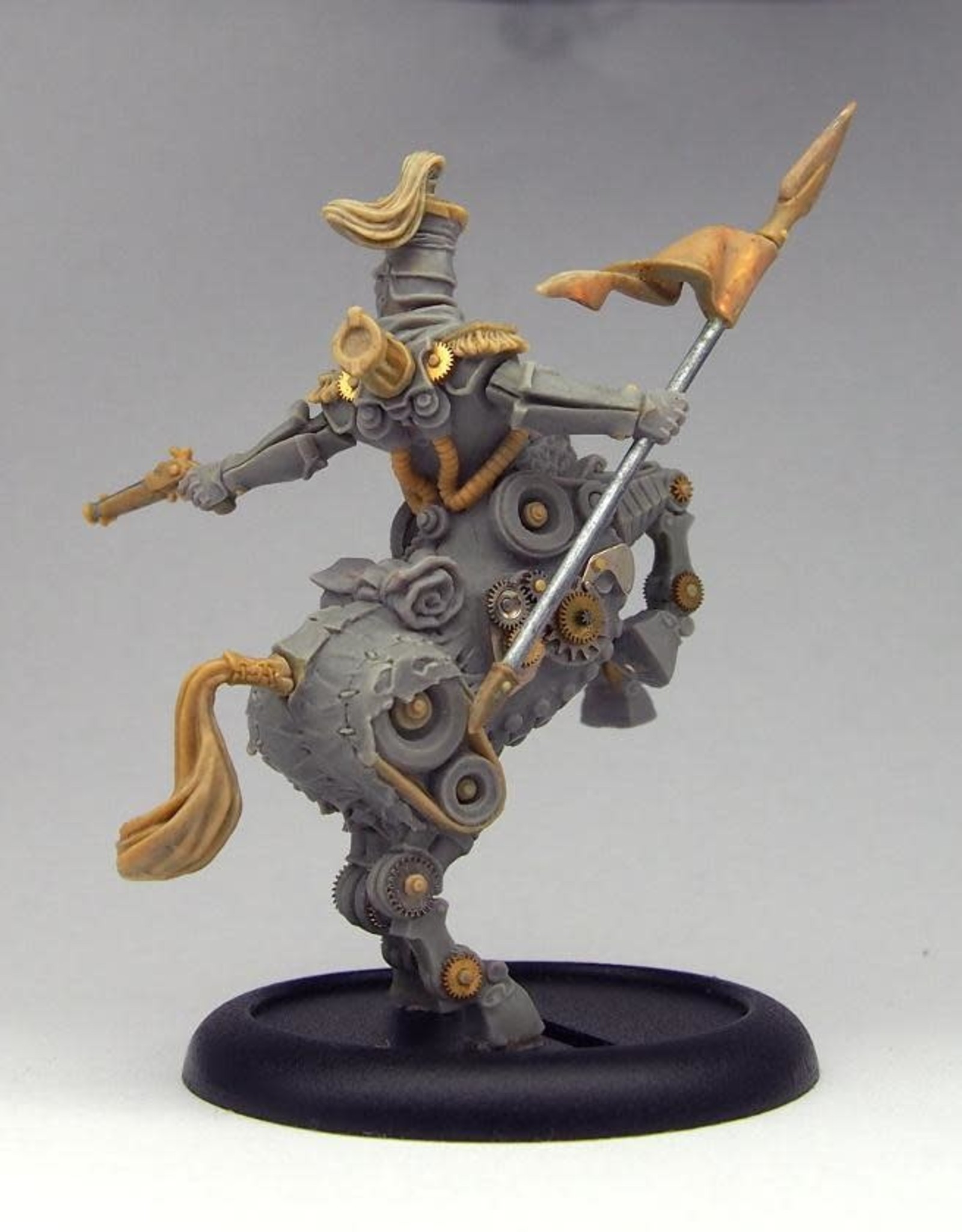 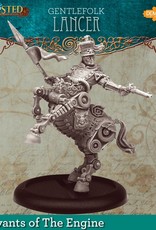 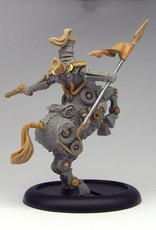 Early in the development of the Gentlefolk the military commanders of a number of countries took great interest in the work of the Stahlwerke Reichenbach. They saw the potential for a force of relentless soldiers that could fight effectively and had none of the political or moral problems that the loss of human soldiers could engender. The Lancer is one such example of a military Gentlefolk which uses speed and strength to great advantage on the field of battle. The Gentlefolk Lancer is a large creature designed to fit with 32mm scale miniatures. Sculpted by Sebastian Archer. Miniatures come with Character and Activation cards for playing Twisted! Multi-part miniatures, sold unpainted and require assembly.