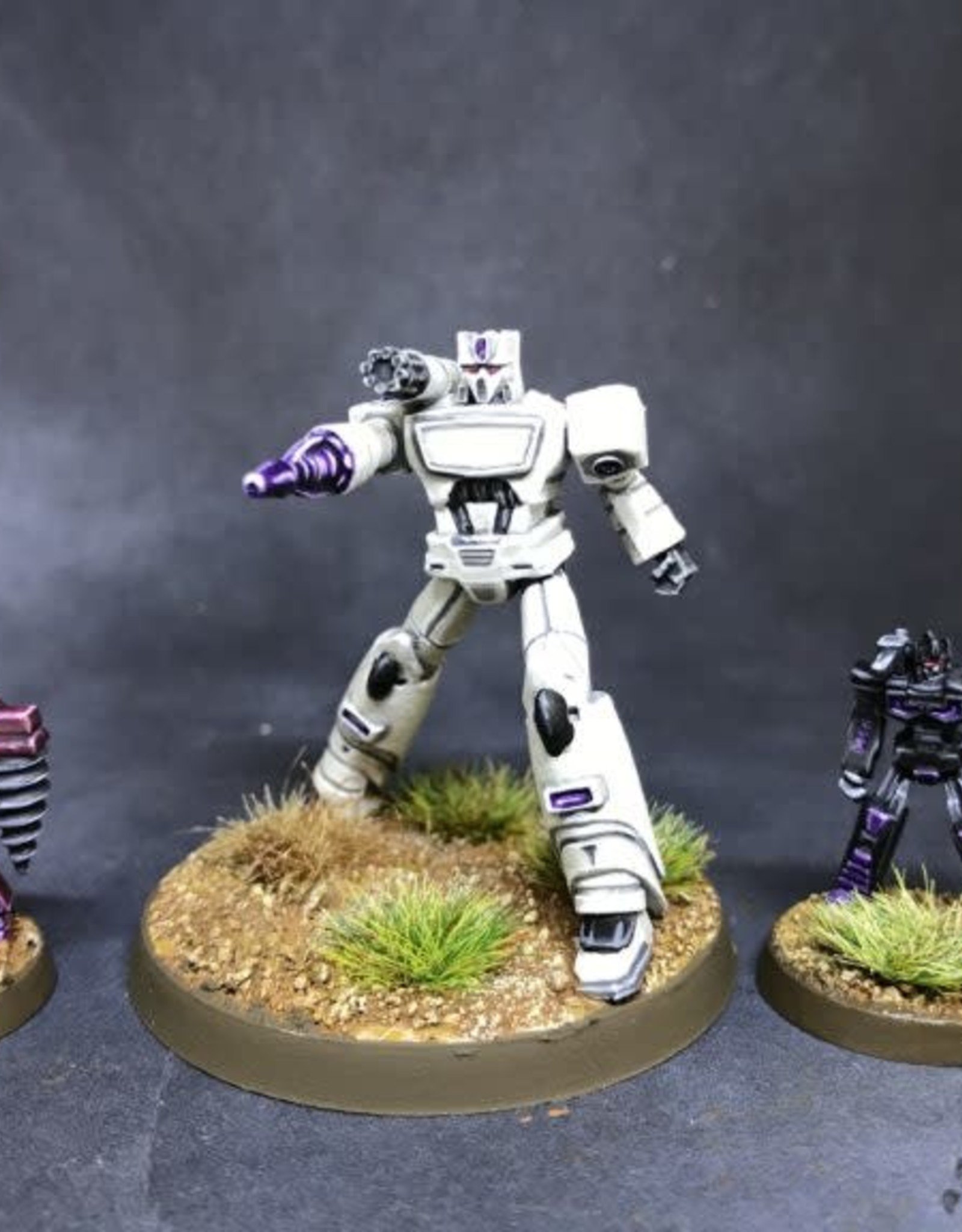 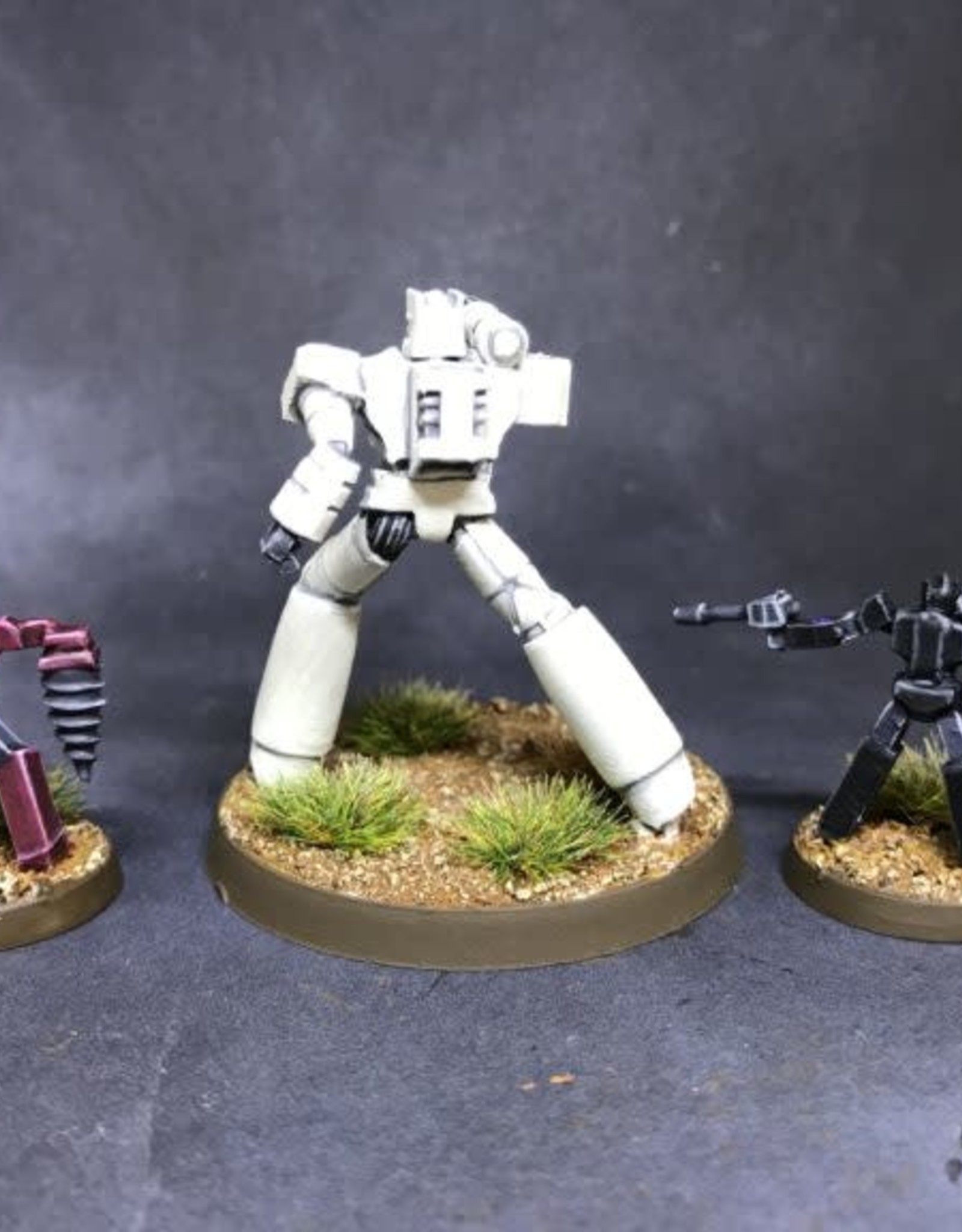 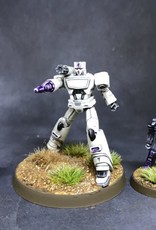 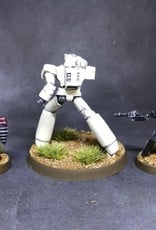 Ambitious and scheming Communicator embodies all traits that define Deceivers. He was alongside Galaxy Tyrant during the rebellion and was imprisoned like all Deceivers. However within the prison his allegiances changed and he now follows Megatyrant. The reason for this realignment is unknown to all but Communicator himself. Communicator forms part of Megatyrants elite forward shock troops. He has the valuable ability to host smaller Deceivers and deliver those reinforcements to areas of the battlefield that need them most. In addition Communicator possesses powerful disruptor abilities and can temporarily tape into the code of enemy Bots close by before their anti virus abilities kick in. Like Electrotyrant, Communicator is building to tyrant status but as yet still lacks the physical strength required. However it could be that his mental powers are superior enough to make up for this apparent shortfall. Either way Communicator is a dangerous Deceiver indeed. Small Deceivers do not normally survive that long and there are many a Swarm in the Queens hive that used to be small Deceivers. However some Deceivers are so underhanded and slimey individuals that they not only survive but excel within the Deceiver ranks. Of these, Faultline and Crazy are two of the most double crossing repulsive individuals you could ever meet. Not a word of truth has ever passed their voice receptors and many a fellow Deceiver has been destroyed at the hands of Megatyrant because of one of their lies. Despite this untrustworthy trait the two realise they need Communicator or Soniq as their host so are always careful to not get either too far offside. Unusually small Deceivers often have an affinity with Earths elements. Faultline can connect to the Earths geological elements and manipulate the vibration patterns of their molecular structures. Crazy can harness electrical fields and focus short bursts of electricity through his shoulder cannon. Thankfully this connection to the elements is relatively localised because of the Bots smaller stature. However both still represent a very real danger to their enemies.