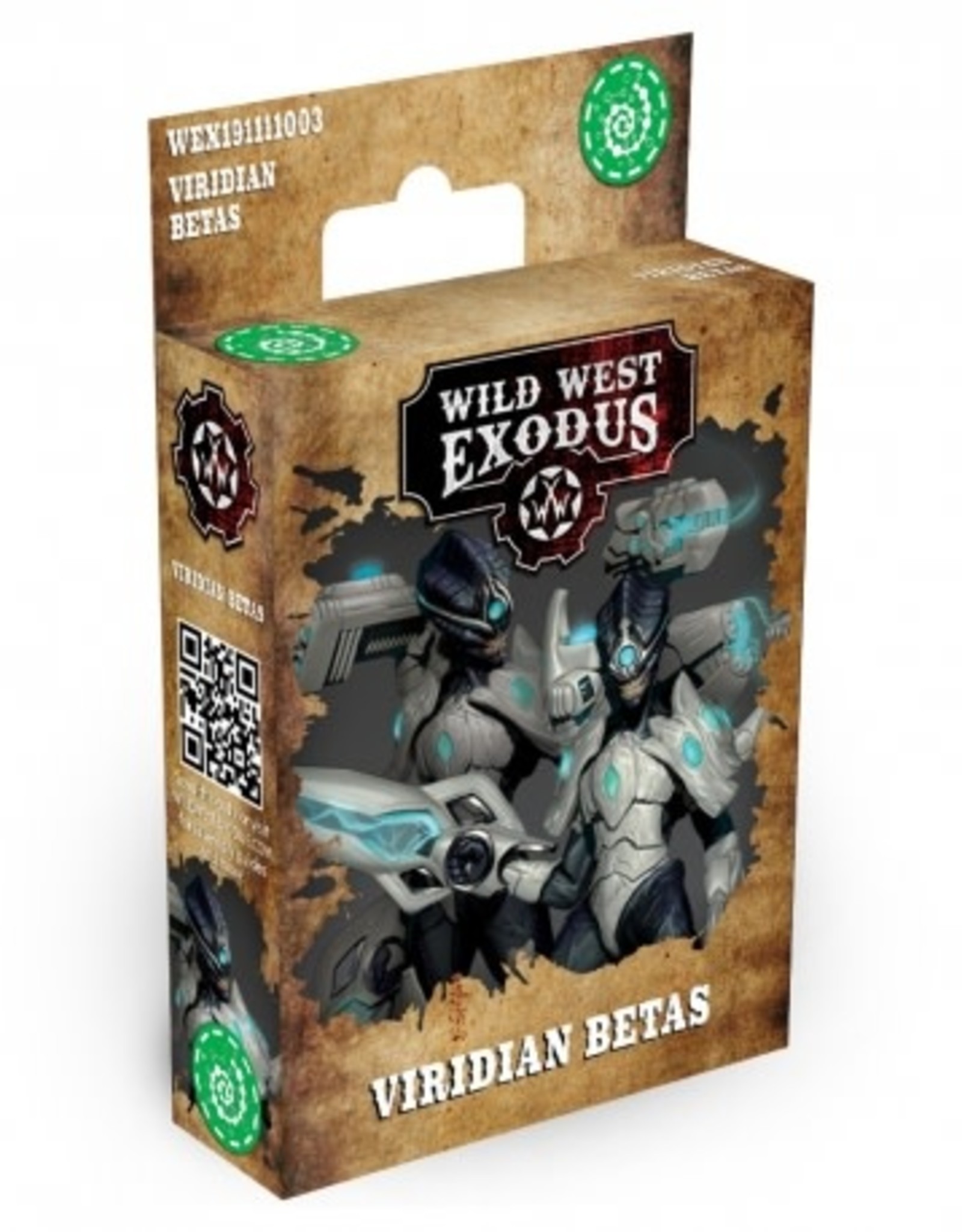 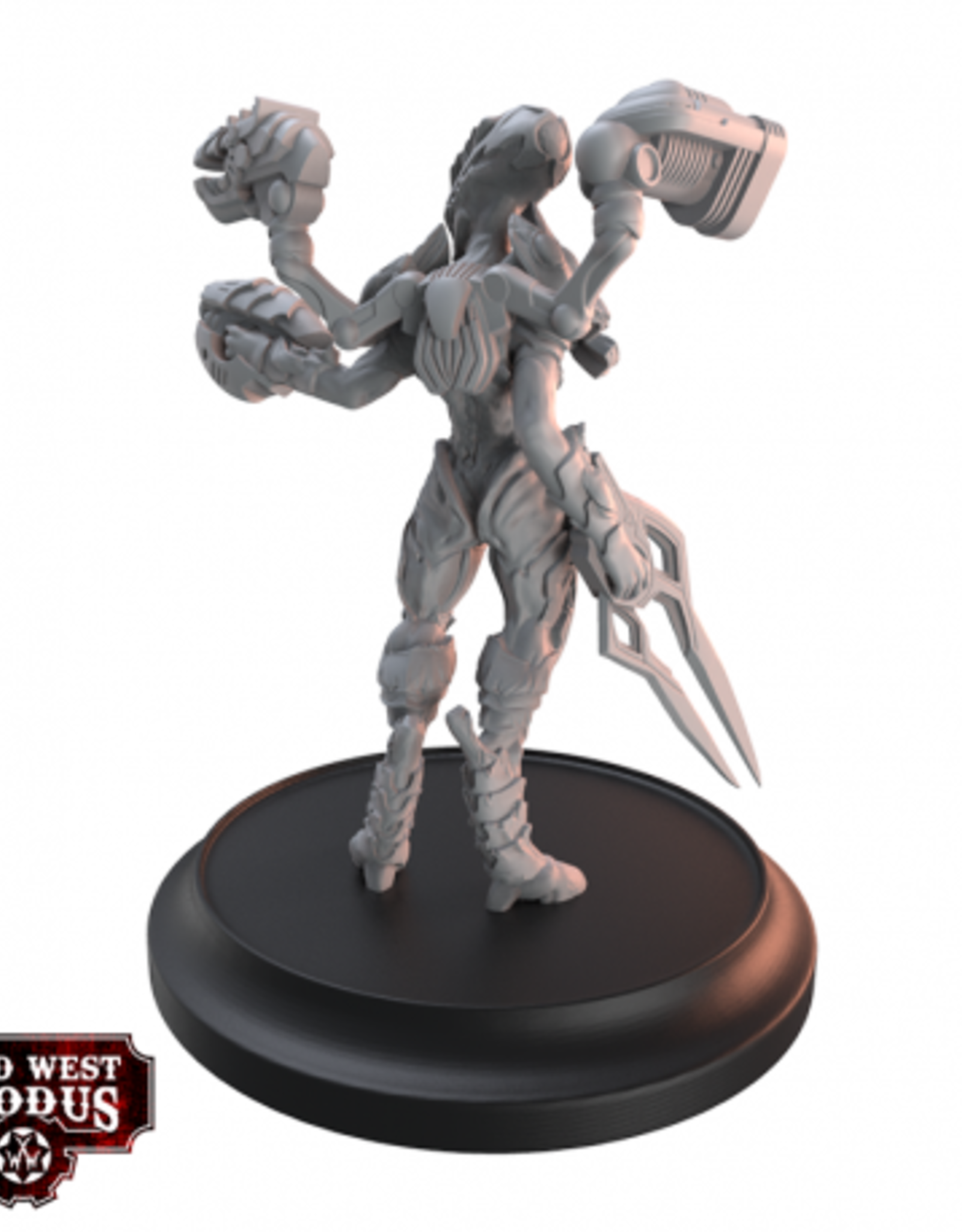 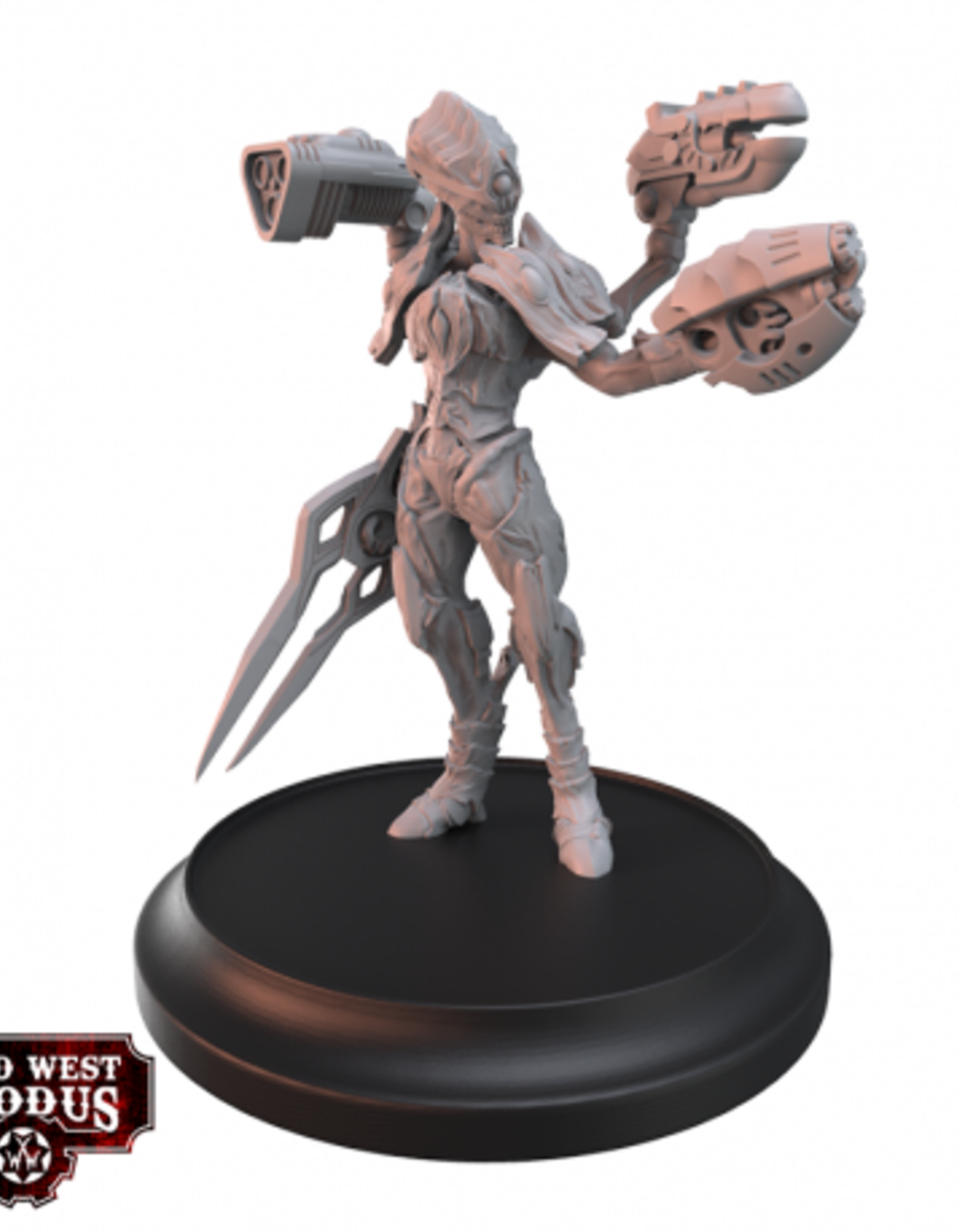 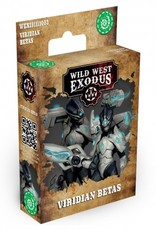 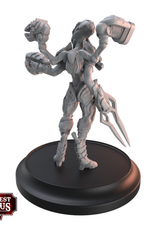 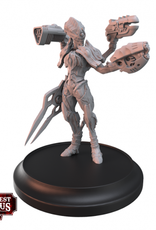 Like others of their Clade, the Viridian Betas are cunning tacticians and well versed in the art of war. With either flight-pack or heavy weapons array, the Viridian Beta's command the units of Chigoe and Locus, directing them at the squad level and carrying out the plans of their Alpha. The Viridian Betas box set contains 2 multi-part resin miniatures; 1x Viridian Locust Beta 1x Viridian Chigoe Beta 2x Bases Please note: Miniatures are supplied unpainted and some assembly will be required. Character Unit Cards are not included and can be found on the Wild West Exodus website.