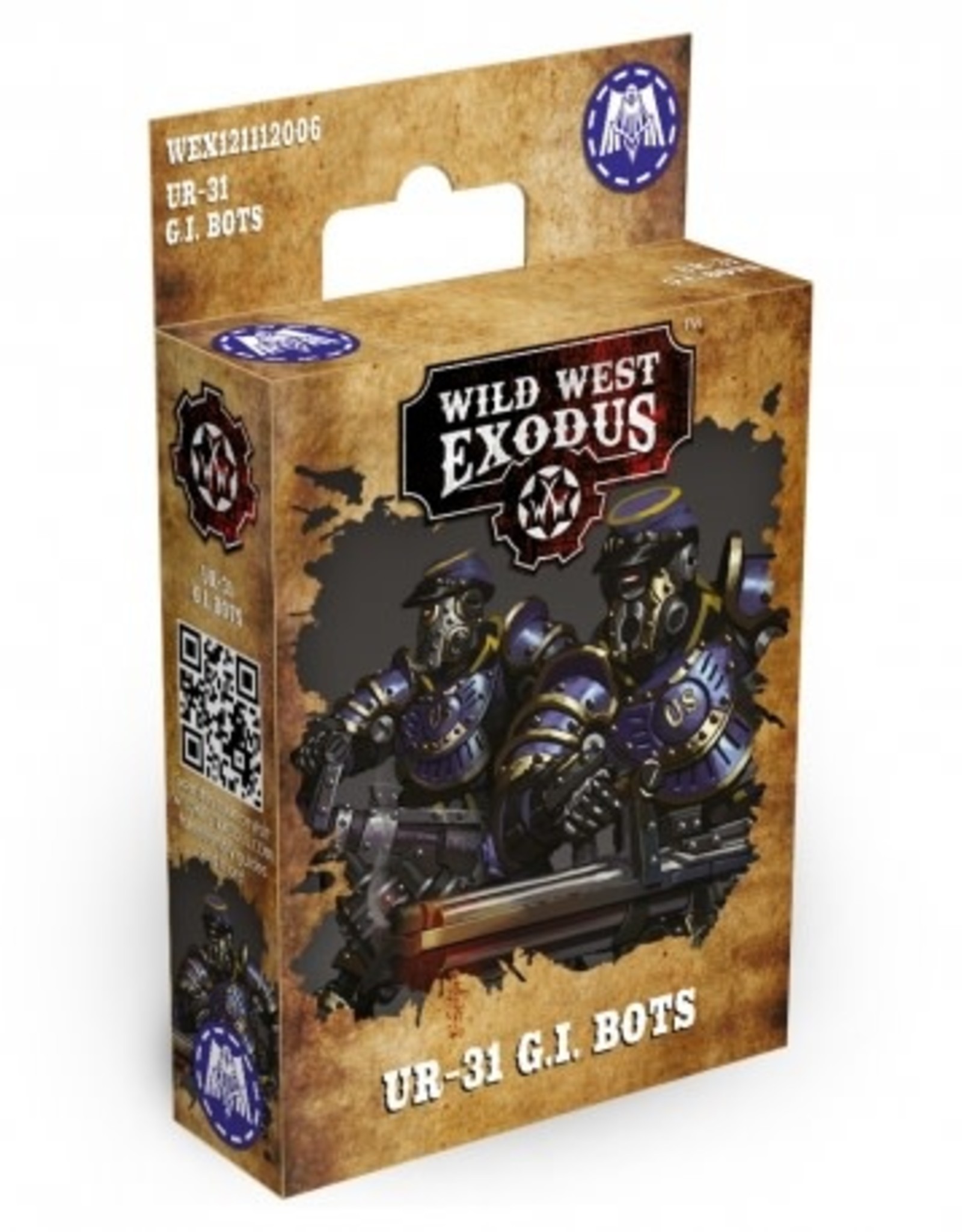 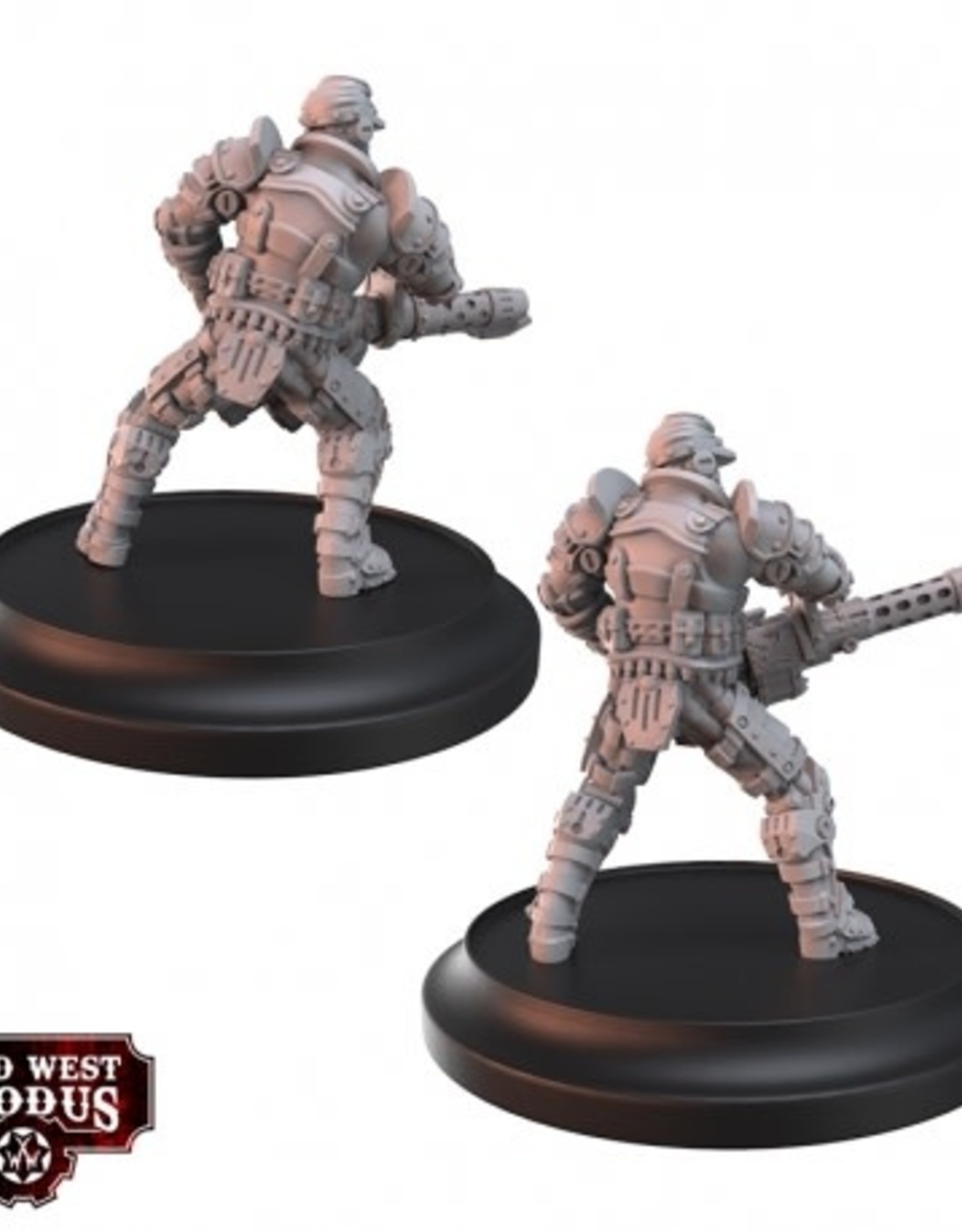 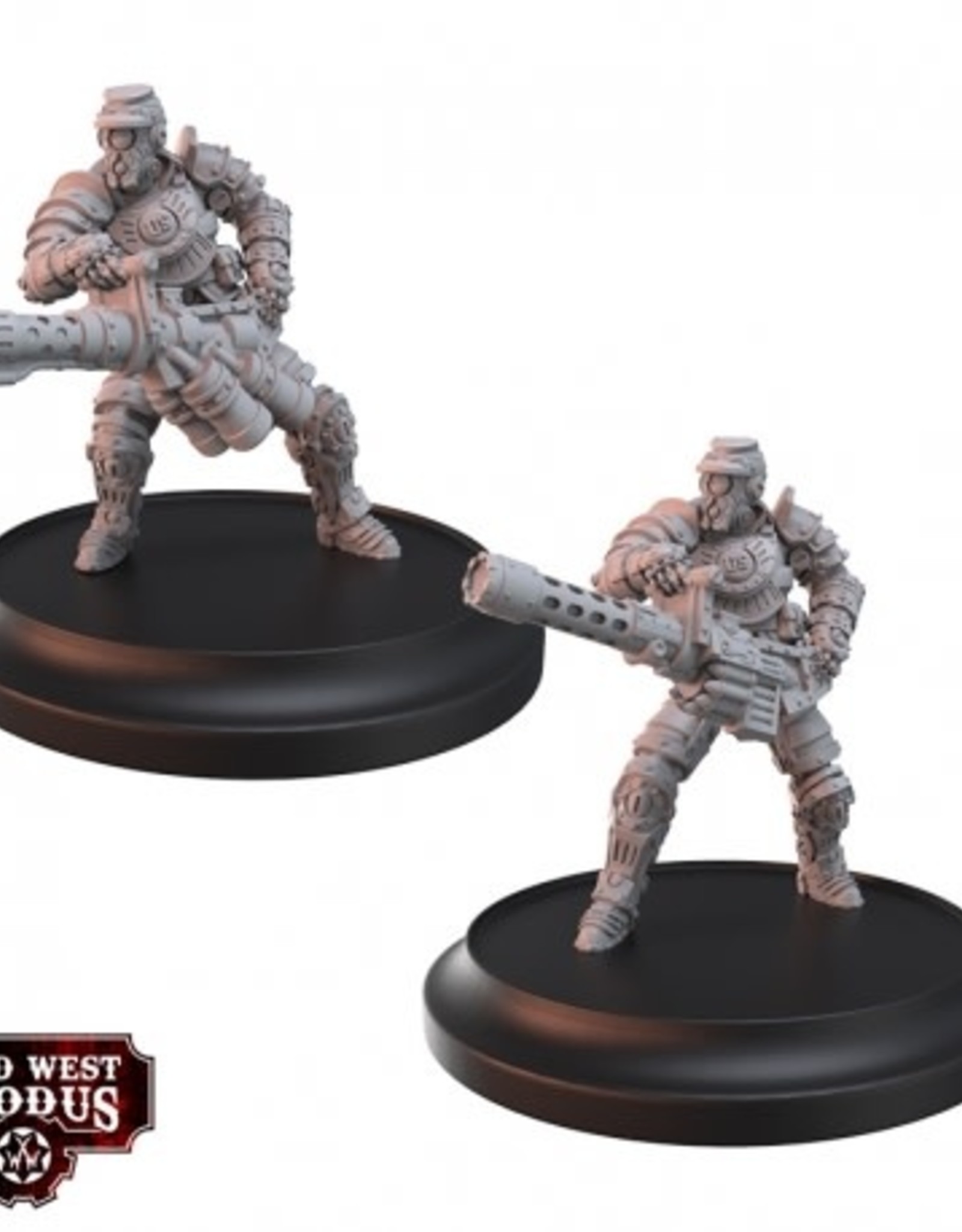 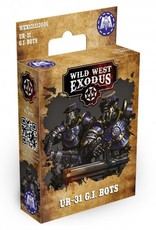 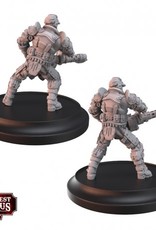 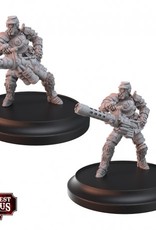 The G.I. Bot is a military grade version of the UR-31 and shares many features with the Heavy Lawbots of the same mark. Developed by the Union as an iterative improvement on the Enlightened designed UR-30's, the G.I. Bot is built for open combat deployment. Its updated design has led to the inclusion of better armour and a more advanced combat logic engine with many complicated parts and, subsequently, a lower battery life. These changes have necessitated shorter tours of duty yet still ensures that a fully automatic army will elude the Union for years to come. Despite this, the UR-31 G.I. Bot serves in a support capacity with most Armoured Guard regiments. It is a common enough piece of hardware that two dedicated assault platoons have been readied for overseas deployment staffed entirely by these tireless and relentless metal soldiers. The UR-31 G.I. Bots kit builds two multi-part resin miniatures; 2x UR-31 G.I. Bots 4x Weapon options 2x Bases Please note: Miniatures are supplied unpainted and some assembly will be required. Character Unit Cards are not included and can be found on the Wild West Exodus website.