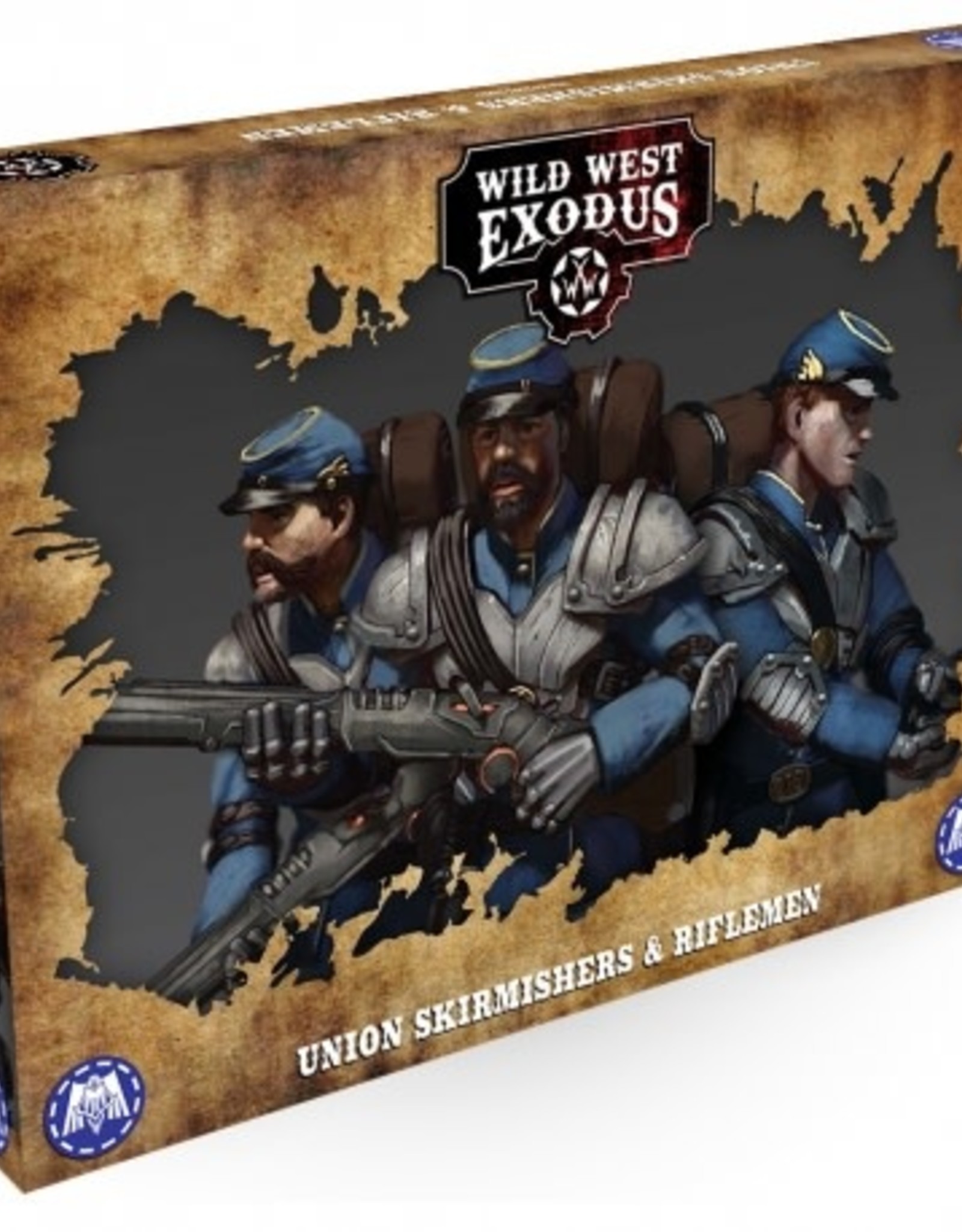 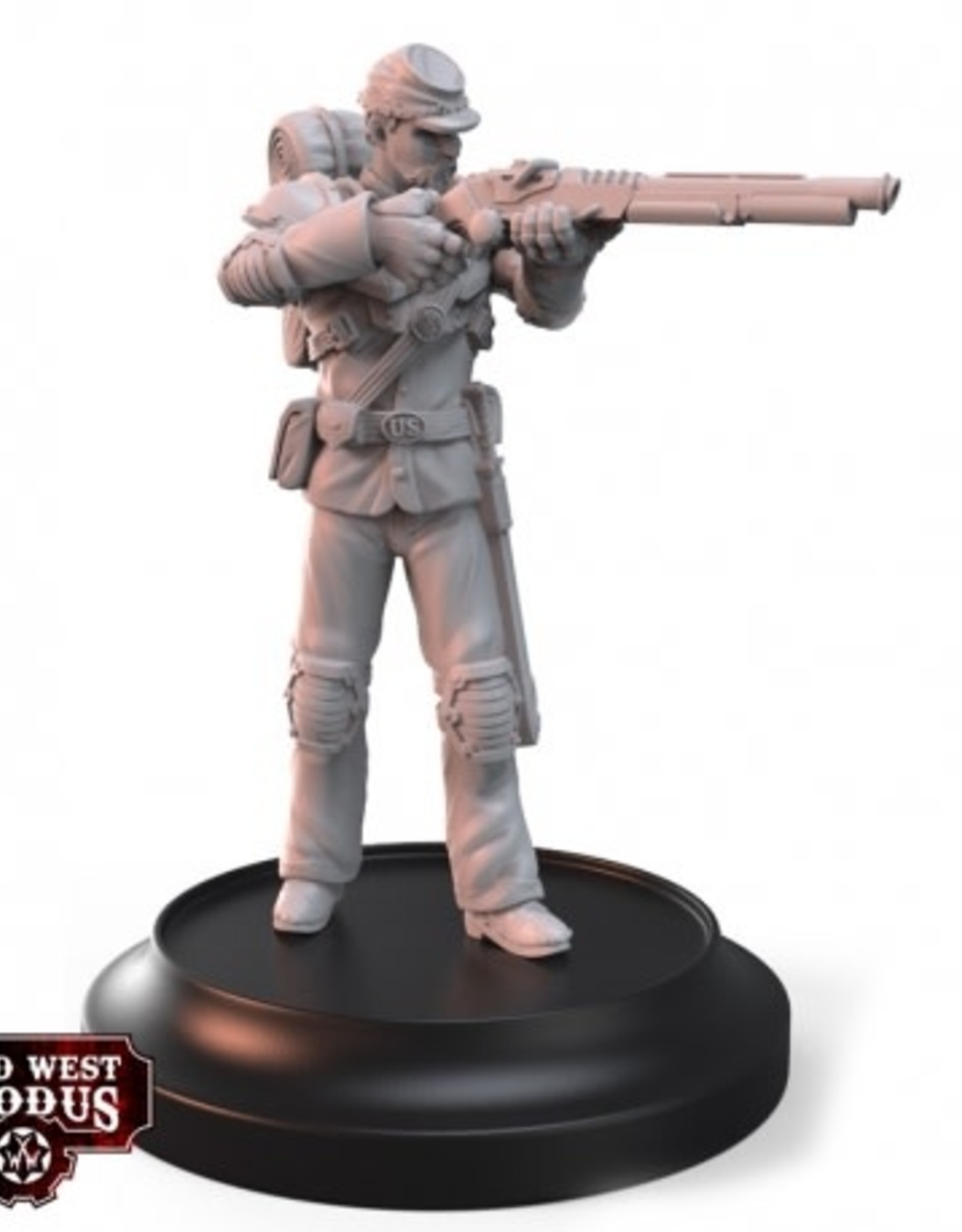 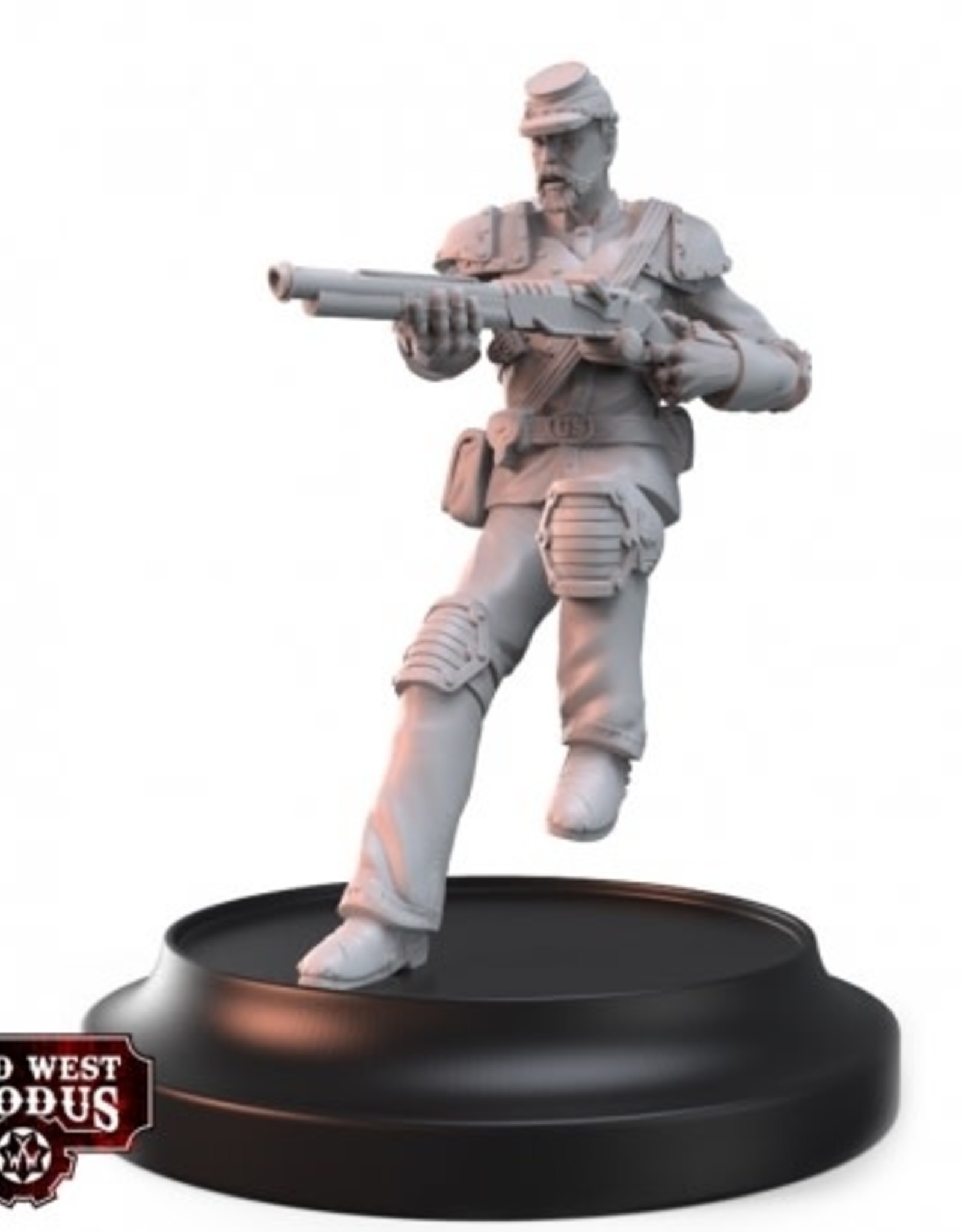 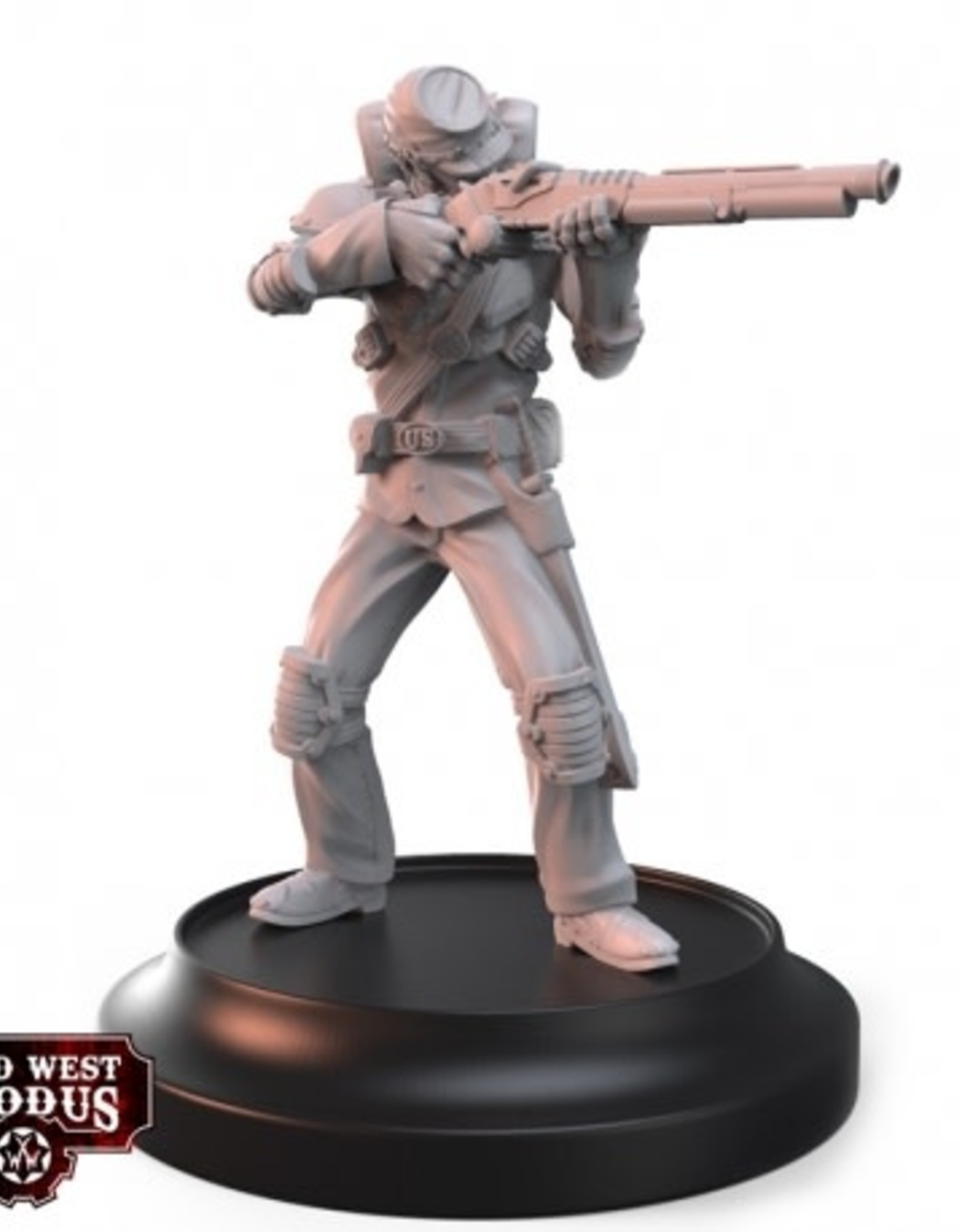 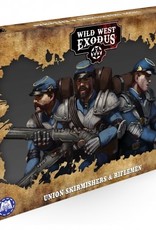 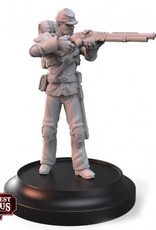 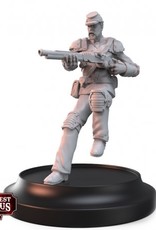 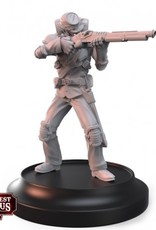 Having crushed the Confederacy in the Civil War a decade ago, the Union has retained its war-footing and now turns its hungry eyes westward. Fuelled by the full destructive potential of the scientific technologies obtained during the war from the Enlightened, the Union's might seem unstoppable. It seeks to defend itself against any threat that might rise up against it by crushing all those who could oppose their manifest destiny. Discipline and training are the hallmarks of the enlisted men and women of the Union. With their high-quality weapons and equipment, they are reputedly a match for any force in the world. Union Skirmishers are armed with pistol and blade for close work and the Union Riflemen make use of the stalwart Chace Rifle to deal with ranged foes with disciplined fire. This product contains 5x Union Skirmisher Miniatures 5x Union Riflemen Miniatures 10x Bases