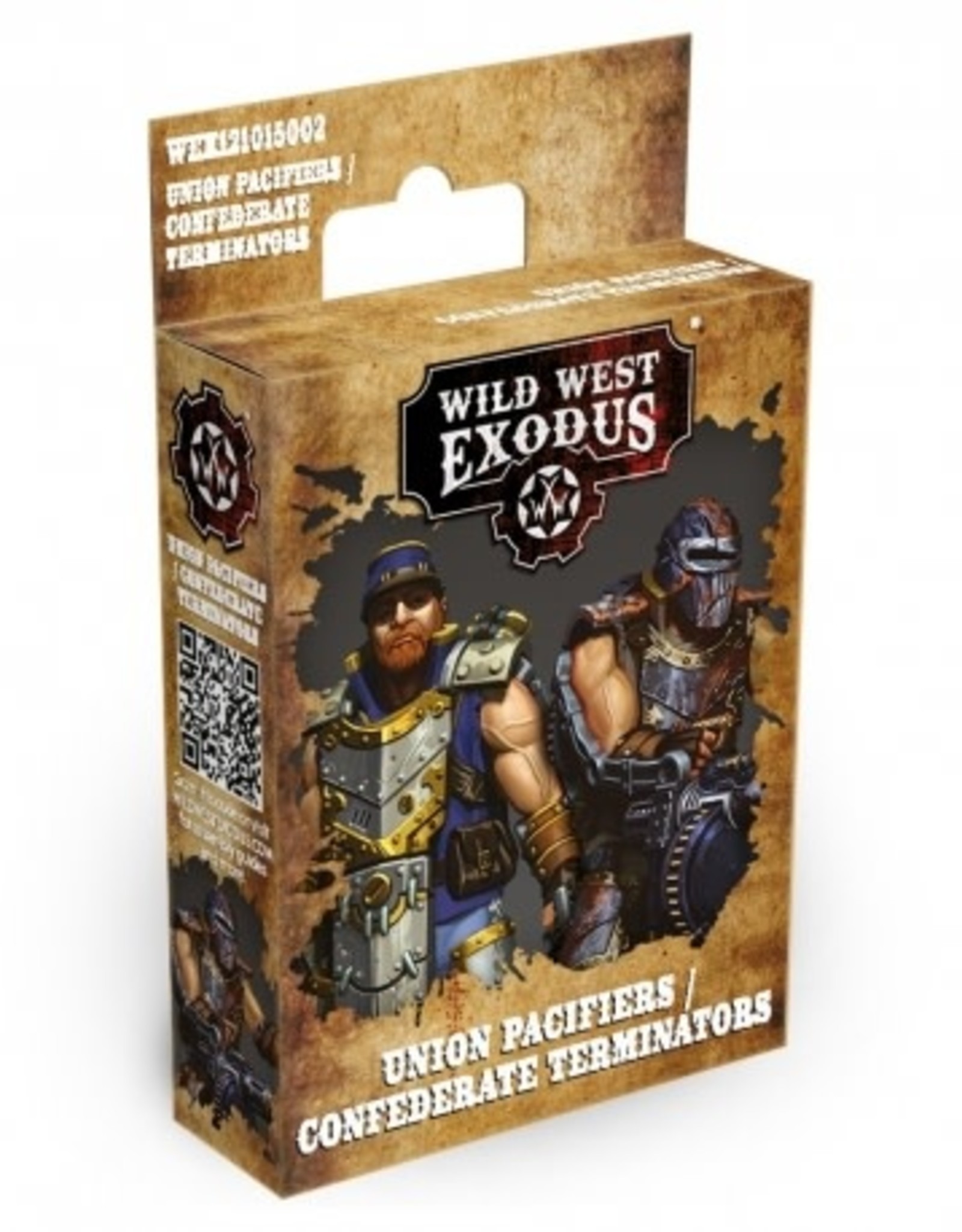 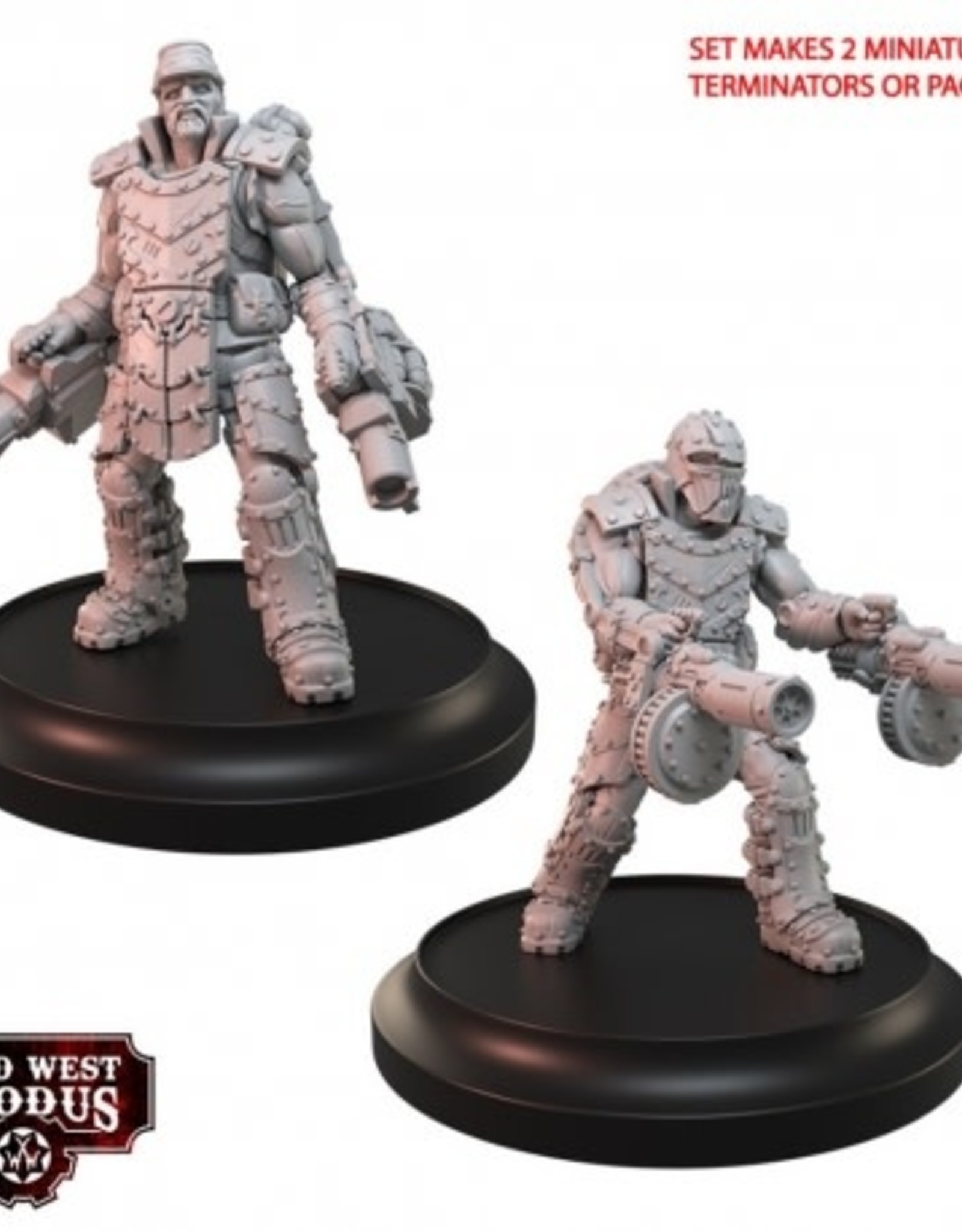 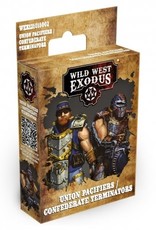 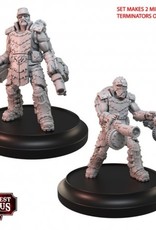 The heavy infantry weapons used during the Ore War increased in lethality and portability throughout the conflict. At the end of that bloody struggle, the Union had added devastating Frag Launchers to their load-outs, while the Confederate troops remained steadfast in favouring only their Terminator Blasters. Units of Union Pacifiers armed with Frag Launchers or Blasters are still seen in support of the regular line infantry, clearing fortified positions with their high explosive rounds and even taking out light vehicles. The remnants of the Confederate forces can still call on a few dozen of their own Terminator armed warsuits, though few of the aging rebels still have the strength and skill to wield them. Such potent tools make their guerilla warfare an ever greater thorn in the Union's side. The Union Pacifiers / Confederate Terminators kit builds three multi-part resin miniatures and includes enough options to enable any of the two miniatures to be built as either a Union Pacifiers or a Confederate Terminators. 2x Union Pacifiers / Confederate Terminators 2x Bases Please note: Miniatures are supplied unpainted and some assembly will be required. Character Unit Cards are not included and can be found on the Wild West Exodus website.