Dystopian Wars: The Hunt for the Prometheus - Starter 2 player

Home / Dystopian Wars: The Hunt for the Prometheus - Starter 2 player 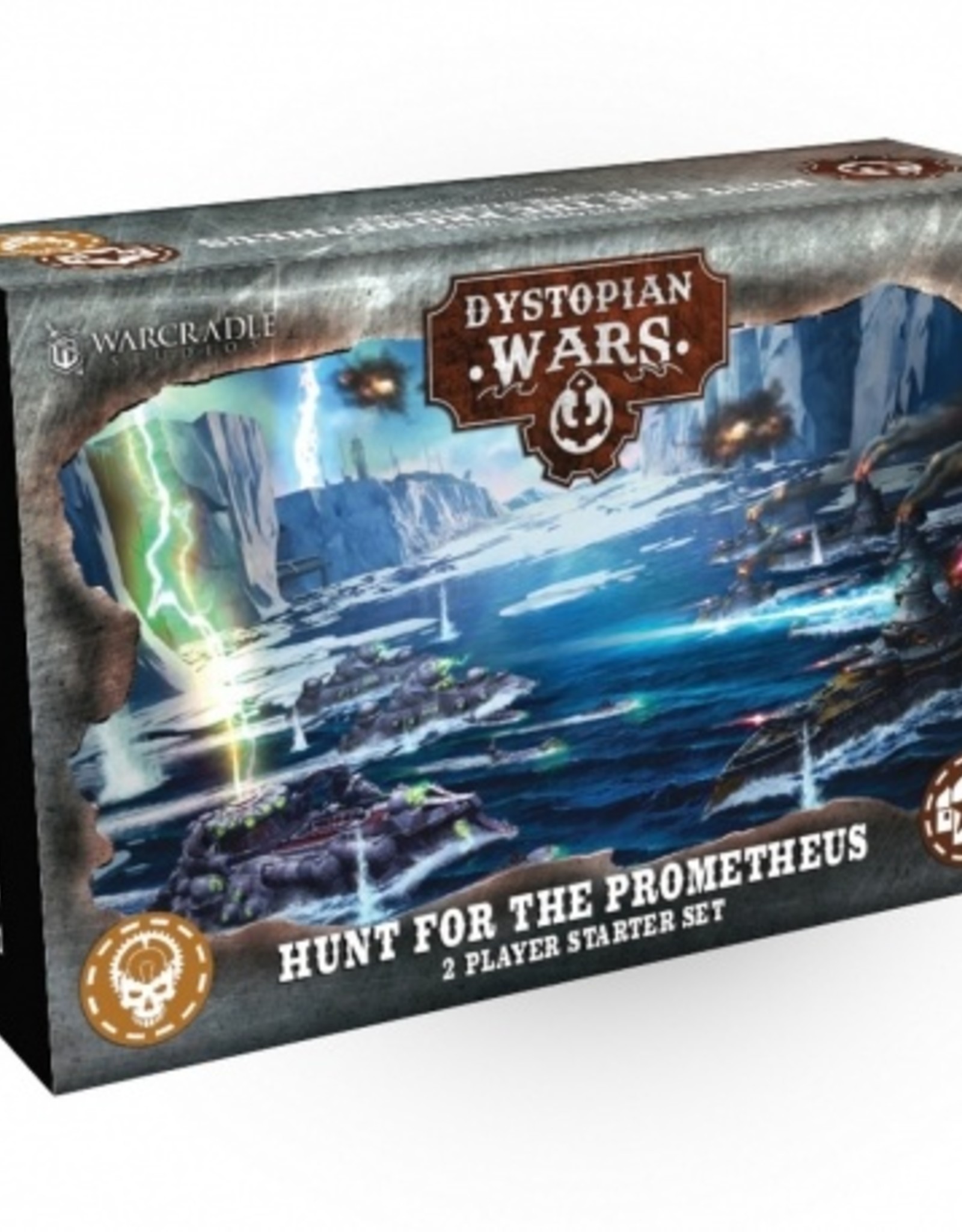 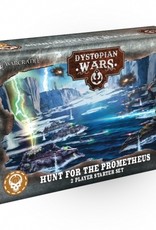 Dystopian Wars is a tabletop wargame of naval battles using highly detailed miniatures to represent huge engines of destruction on, above and below the high-seas. Set in an alternate late-Nineteenth Century called the Dystopian Age, super-science fuelled nations clash over resources and power. Pick your faction and fight for dominance over the seas and skies with incredible machines of war fuelled by extraordinary technology - dread marvels of the Dystopian Age. This box set not only provides everything you need for two players to start playing Dystopian Wars, but it also contains a campaign that details the theft of the prototype Hypatia Class Generator ship by the Russian double agent Helsinki Markov. The Commonwealth Intelligence Service (known as the Okhrana) have seen a chance to acquire Enlightened secrets and add new technology to their arsenal in order to better defend the Commonwealth. They risk reprisals from the Enlightened but as long as the technology is theirs it would be worth the consequence. The Covenant guard their secrets jealously and losing the Generator ship will cost them years of research and development. The game is afoot and the stakes are high for both sides. The Hunt for the Prometheus will walk players through the rules of Dystopian Wars game by game, slowly building up to the final confrontation between the Russian Commonwealth Fleet and the Covenant of the Enlightened Fleet. The Hunt for the Prometheus starter set contains everything you need to play Dystopian Wars, containing; 30 Highly Detailed Plastic & Resin Miniatures 1x 14 Ship Covenant of the Enlightened Fleet 1x Descartes Class Control Ship 1x Hypatia Class Generator Ship 3x Copernicus Class Heavy Cruisers Each Cruiser can alternatively be built as either Antarctica, Chatelet, Lovelace, Stiletto or Ulysses Class 9x Merian Class Drone Frigates Each Frigate can alternatively be built as Germain Class 1x 16 Ship Commonwealth Fleet 1x Borodino Class Battleship 5x Kutsov Class Cruisers Each Cruiser can alternatively be built as either Norilsk, Oleg or Sineus Class 10x Rurik Class Frigates 1x Rule Book 1x Campaign Book 2x Victory & Valour card Decks 60 Cards in each deck 1x Template Set 40x Action Dice 12x Critical Dice 2x Condition token sets 1x Iceberg & Physeter Construction Token Set 3x Medium Bases Please note: Miniatures are supplied unpainted and some assembly will be required. Printed materials are supplied in English. Unit Cards are not included and can be found on the Dystopian Wars website.