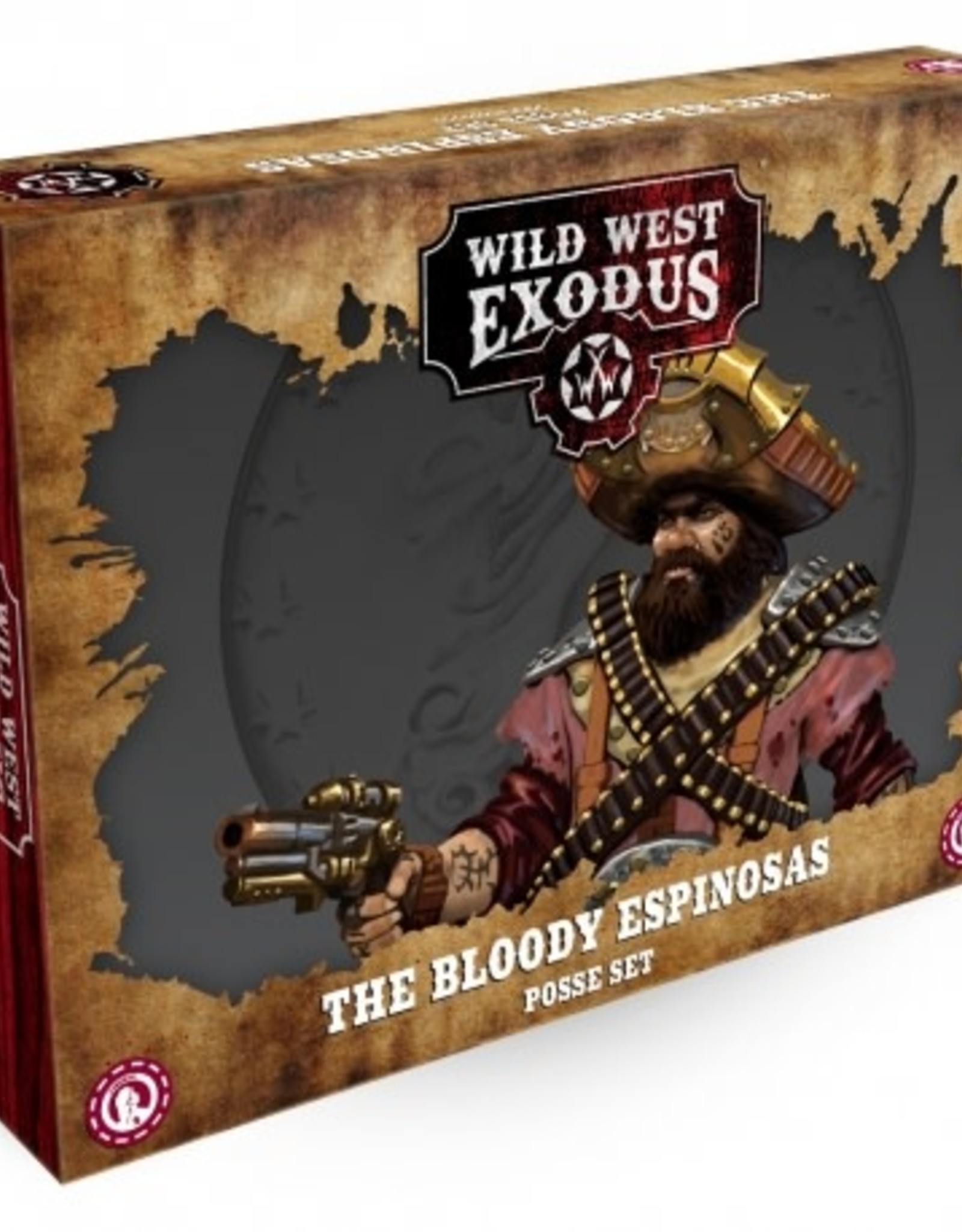 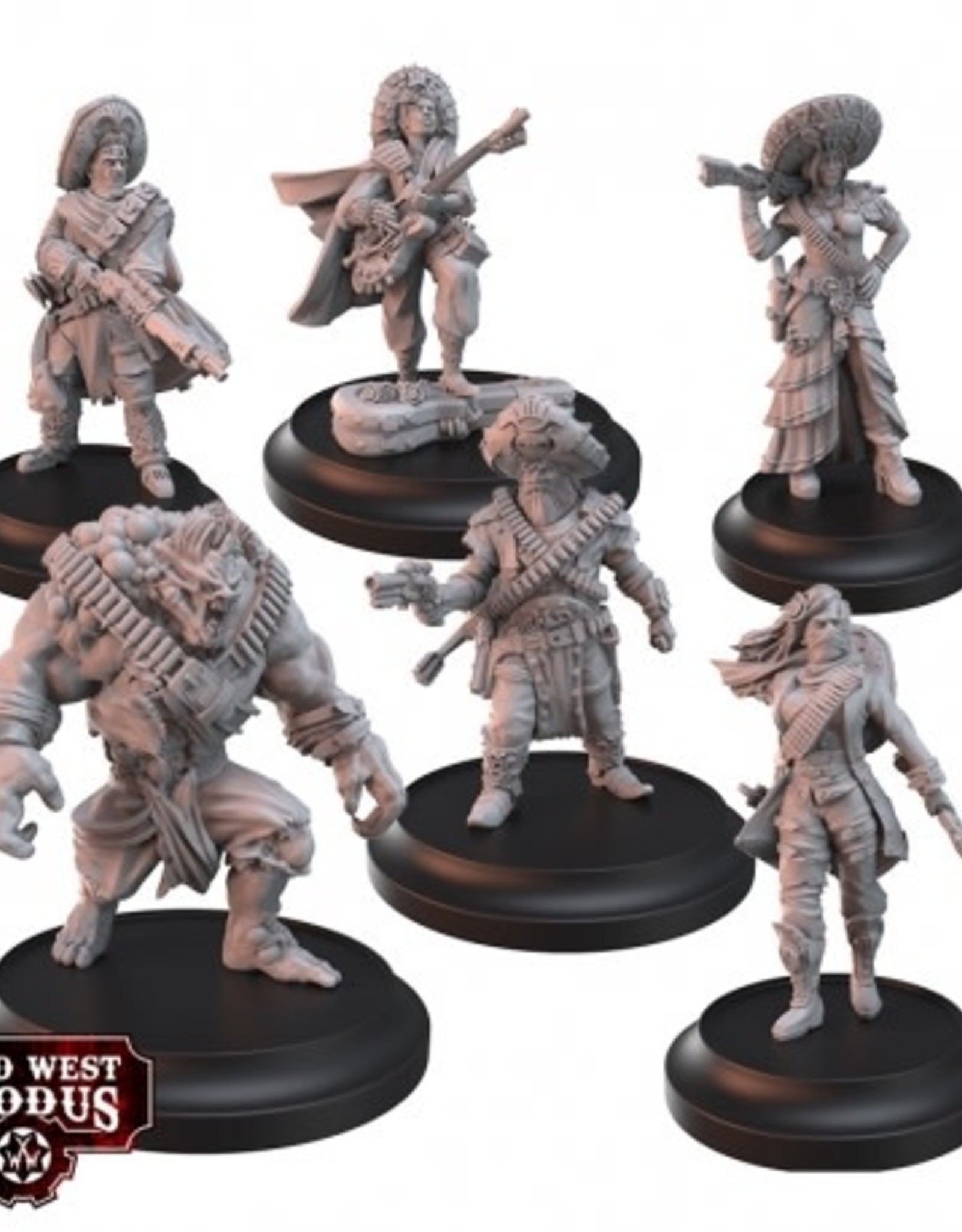 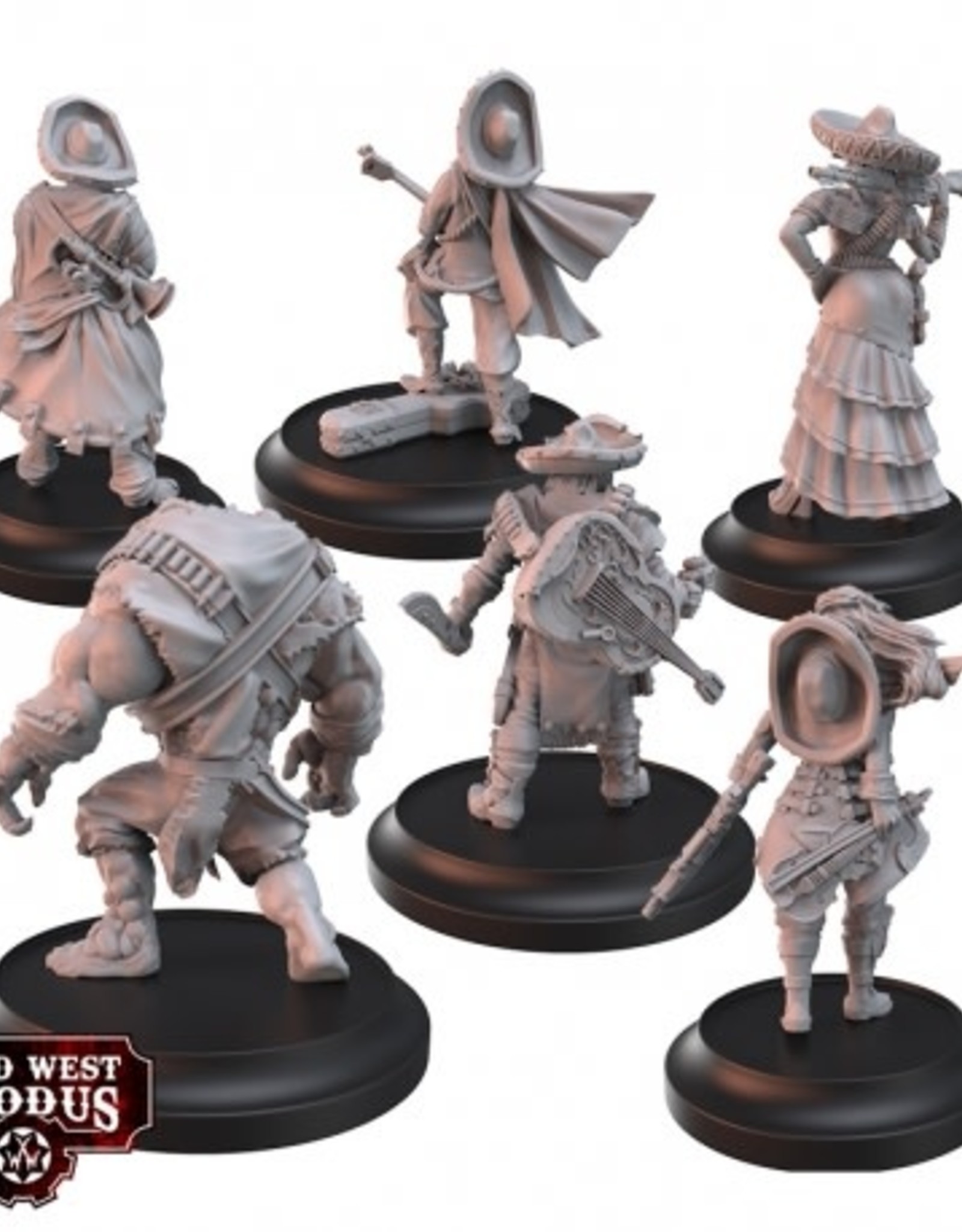 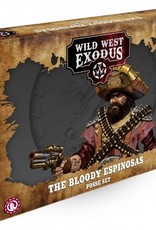 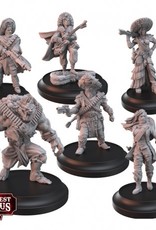 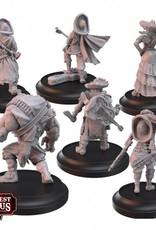 Felipe Espinosa, or Bloody Espinosa as he is often referred to on wanted posters throughout the states of Durango, Sonora and West Texas, is a rogue, desperado, thief, mariachi and, to many, a bold freedom fighter. He cares little for the laws of the Union, which he feels do not apply to him and even less for the lives of those who stand in his way. Filipe is a brute of a man, a slab of muscle and hate, twice the width of a normal man. Felipe's infamy is well deserved and widespread. Felipe can usually rely on his equally nefarious family to back him in a fight. His eldest brother, Vivian, was once the leader of the gang until he was shot in the back by the bounty hunter Thomas Tate Tobin. Instead of dying over the next few days Vivian lingered on, his body twisted and mutated into a screaming malformed beast. In the chaos that followed Vivian's wife, Sofia Antoniela, stepped forward and calmed her husband. She could see the recognition in his still familiar eyes and the mindless rage within him abated. He now lives a half-life where he is driven by instinct more than rational thought but, as long as he is close to his beloved wife, he can retain enough of his humanity to restrain himself from savagely attacking anyone in sight. With bounty hunters still on their trail, Felipe took the reins as gang leader but the revulsion and bitterness at his brothers change simmers just below the surface. He admired Vivian and as a younger man wanted nothing more than his elder brother's approval. Felipe will kill any lawman out of hand, often going out of his way to hunt them down like a dog. Pedro Espinosa is the youngest of the siblings and tried to escape his familial ties, his skill with a guitar making him a popular musician throughout the state of North Mexico. All that changed however when he was caught in a brawl and killed the man who mangled his right hand. Fleeing to the safety of his family, Pedro was indebted when Vivian arranged for a replacement hand to be made for him by the brilliant Wendell Lee. Regrettably, his skill with a guitar will never be the same again and filled with spite, Pedro now removes the right hand of any man he kills and keeps them as a souvenir. The remaining Espinosas, Jose and Luccia, have a fractious relationship. Unsettlingly close at times, they occasionally fly into fierce rivalries fuelled by petty jealousies or by something deeper. This feuding is often the premature end to the gang's Mariachi performances, although these days their reputation is such that few towns fail to recognise them on sight. This is of little consequence as many towns will feign ignorance and welcome them to perform, rather than see the Espinosas talents for bloody retribution be displayed instead. The Bloody Espinosas Posse kit builds five multi-part resin miniatures; 1x Felipe Espinosa 1x Sofia Antoniela 1x Pedro Espinosa 1x Jose Espinosa 1x Luccia Espinosa 1x Vivian Espinosa 6x Bases