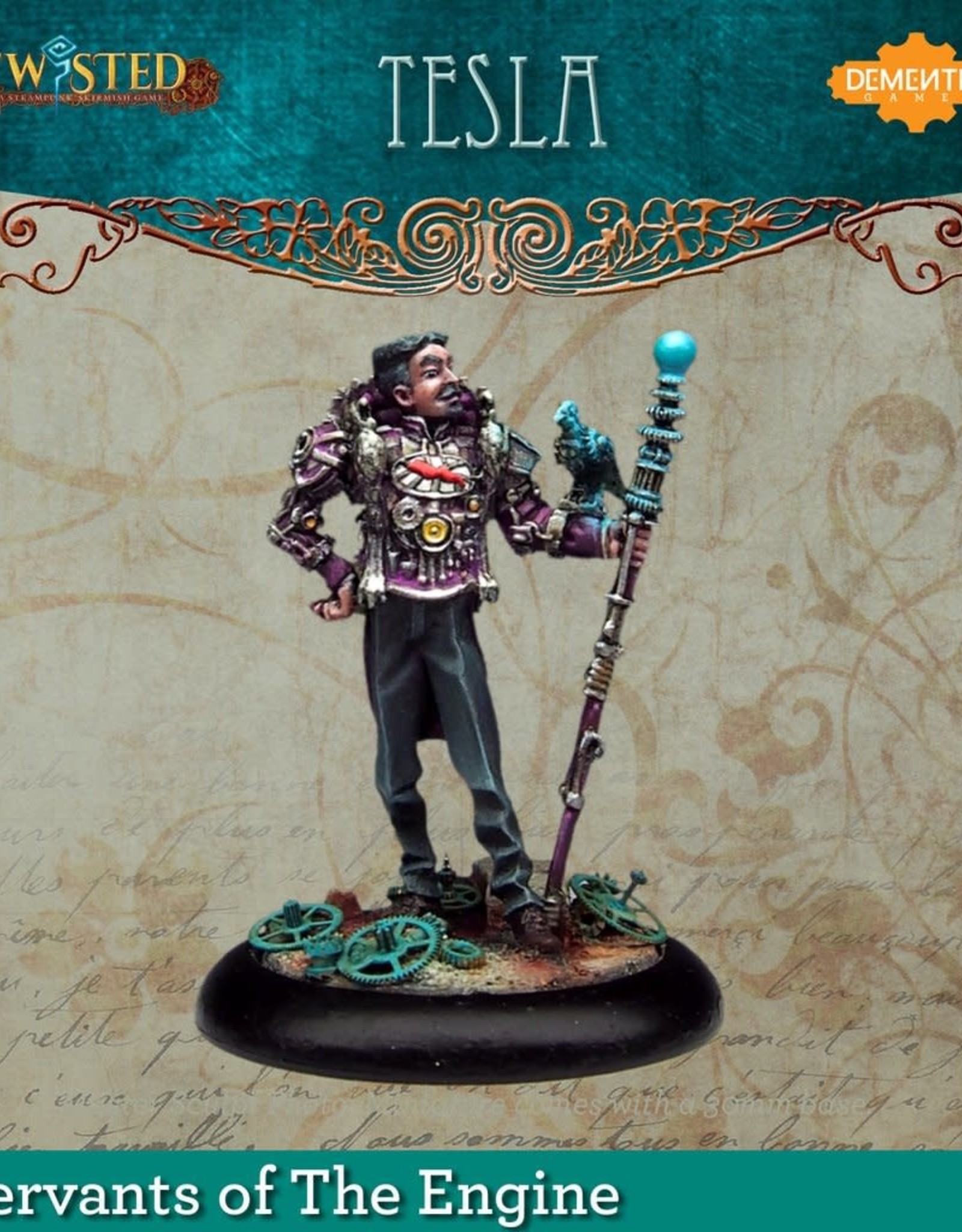 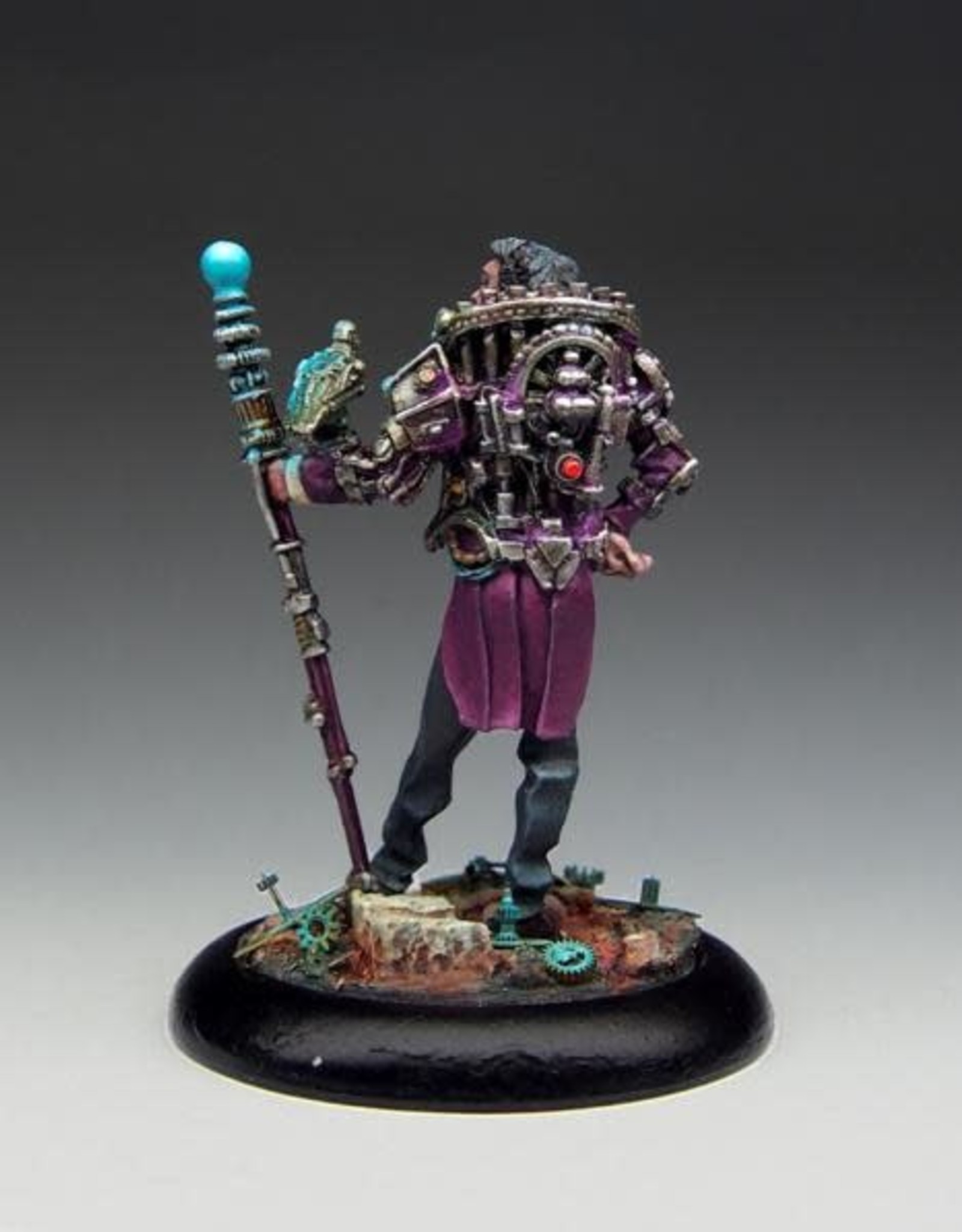 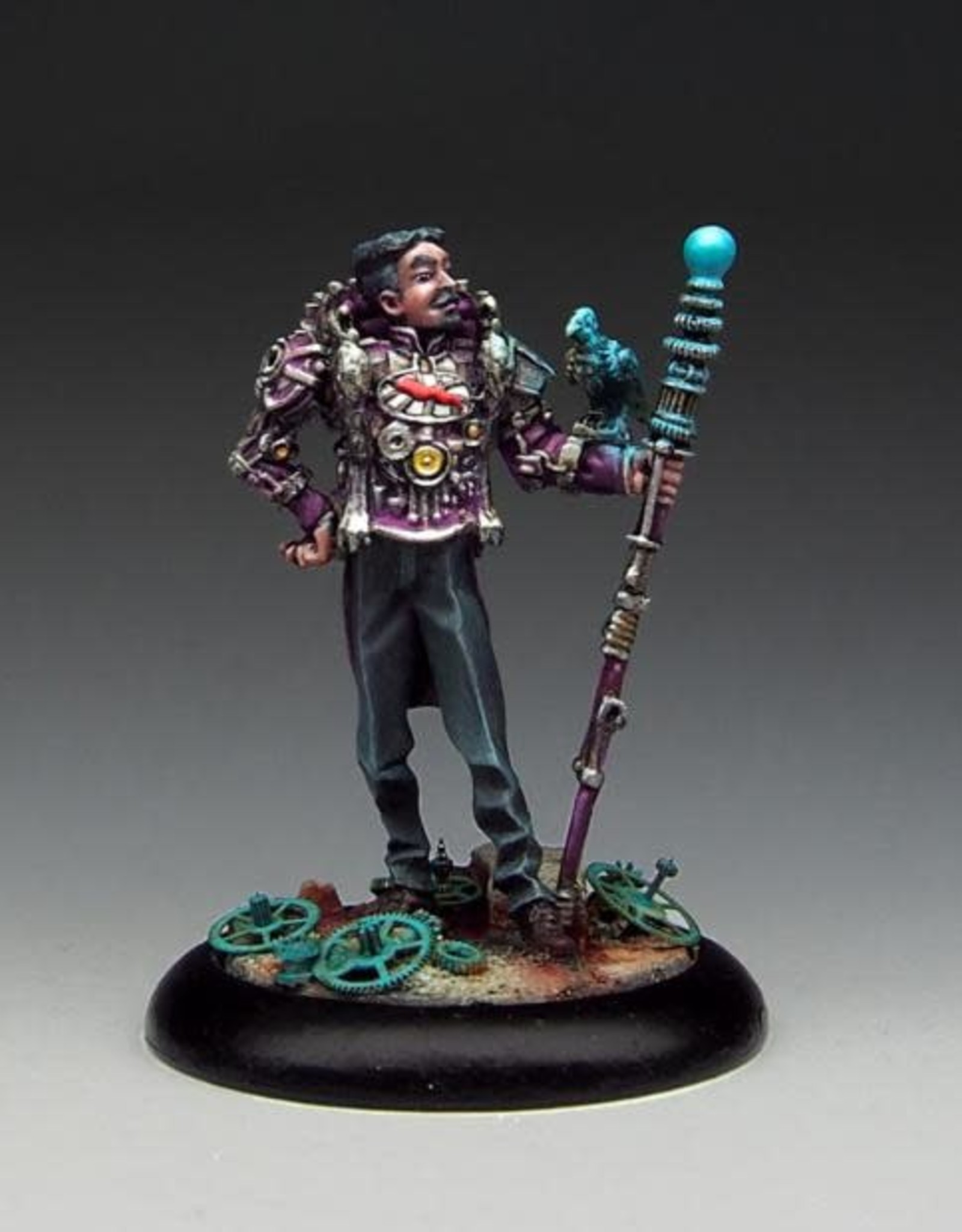 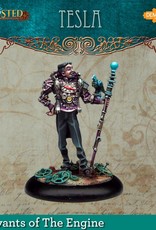 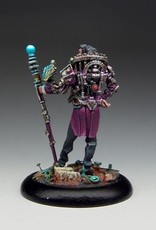 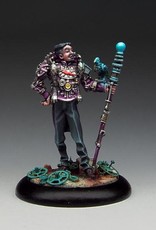 Tesla is a brilliant, albeit slightly mad scientist. He has been influential in the development of the automatons known as the Gentlefolk and has mastered the art of mixing Steam Technology with Alchemancy. His ‘Tesla Staff’ and powered suit ‘Edison’ are but two examples of his work. Tesla’s curiosity and desire for knowledge are beginning to lead him into danger, however. Against his better judgement, Tesla now finds himself serving the will of The Engine. Tesla is a 32mm miniature sculpted by Patrick Masson. Miniatures come with Character and Activation cards for playing Twisted!