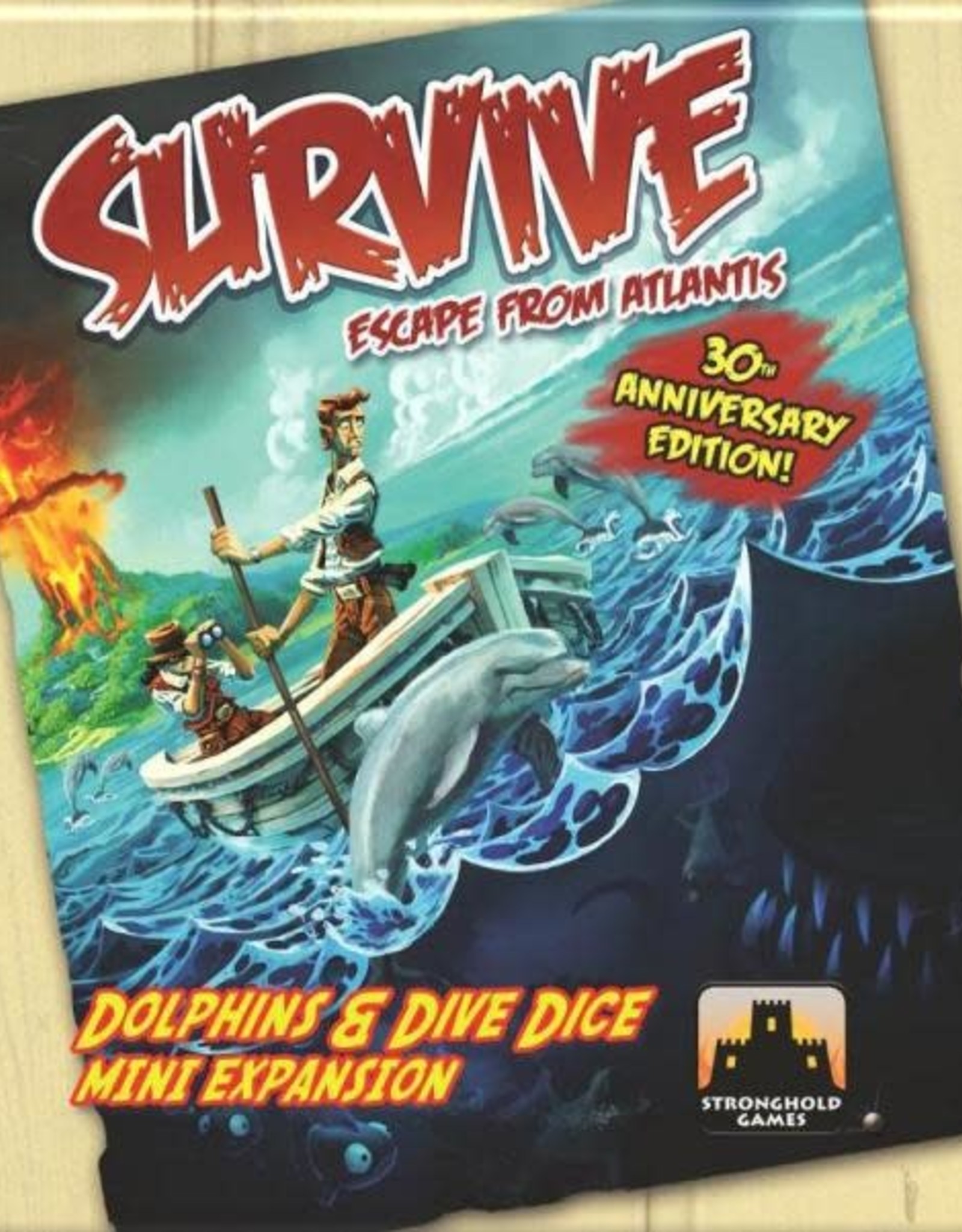 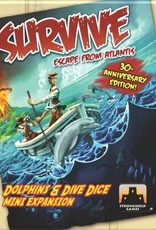 The Sea Creatures around the sinking island of Atlantis have always been dangerous - but now these behemoths can move faster and dive across the seas to attack Swimmers and Boats!

However, friendly Dolphins now can be found in these waters as well! The Dolphins are there to protect your Swimmers, but will they be enough to keep you safe as you try to Survive!

All Sea Creatures in the game will now have the powerful ability of diving to unoccupied sea spaces, as well as having the potential to move up to three spaces, whenever they move! Their movement is now controlled by the blue Dive Dice contained this mini-expansion, making them more deadly to your People than ever! But these new friendly Dolphins are there to save your Swimmers from these creature attacks!

Note: This mini-expansion requires the 30th Anniversary Edition of Survive: Escape From Atlantis! to play