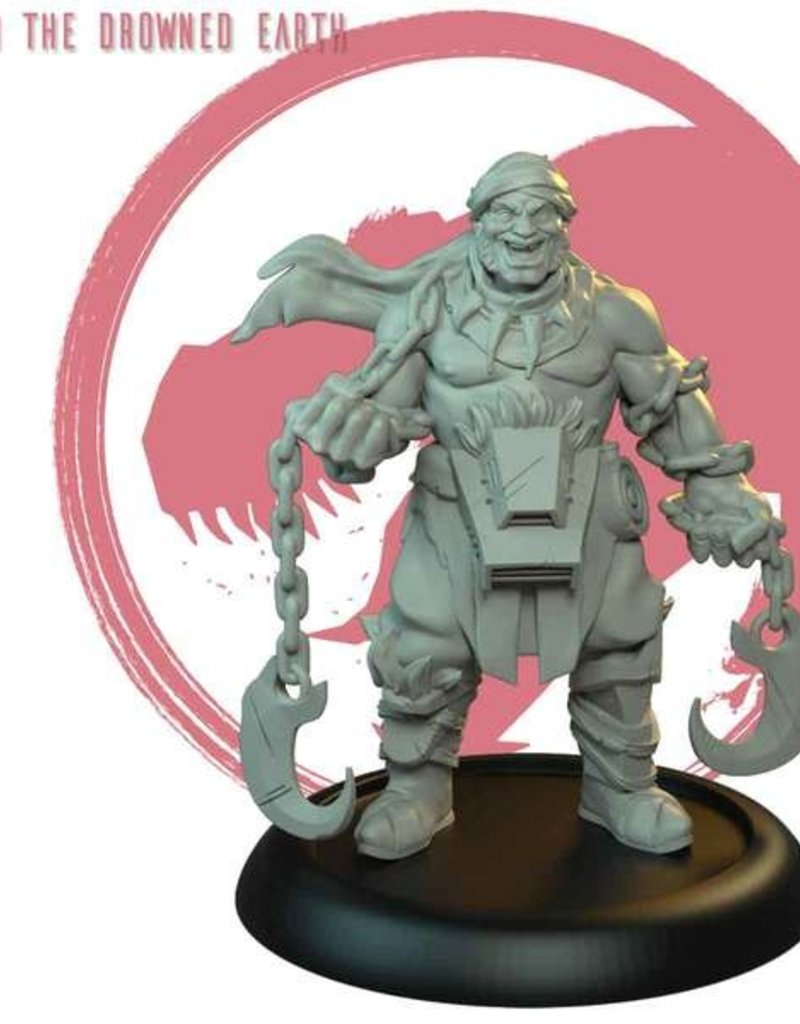 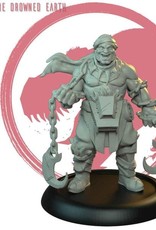 SHANATT, BONDSMAN SCOUT. HUMAN MALE. Earning his freedom from the Slave pits of Thuule, Shanatt was, in his time, a famed gladiator. His speciality was the chain and hook, and to this day it is the weapon he favours, eschewing ranged weapons. Nobody knows from where Shanatt originated exactly, but his accent suggests his homeland was somewhere in the Khermian League- one of the great empires vying for supremacy in the Thousand Isles. Before his fame as a pit fighter he was probably an ordinary slave, traded to the Thuule masters when he showed physical promise or prowess. Considering his bulk, he is surprisingly quiet and light on his feet, and his fighting style is one of avoidance and cobra strikes. On leaving the slave pits, he was not afforded the privilege of keeping his favoured weapons. Instead, he fashioned a new chain and hook from a stolen anchor chain, and the claws of a great Yuttaraptor like beast he claims to have bested with his bare hands, in the Eastern Highlands. The truth of this is a matter of speculation, but it would be unwise to voice such doubts within ear-shot of Shanatt, who is not known for an easy going attitude. Shanatt, Bondsman Scout, is a multi-part metal wargaming miniature in 35mm scale. The model is lead free, and comes supplied with a 30mm base and profile card.