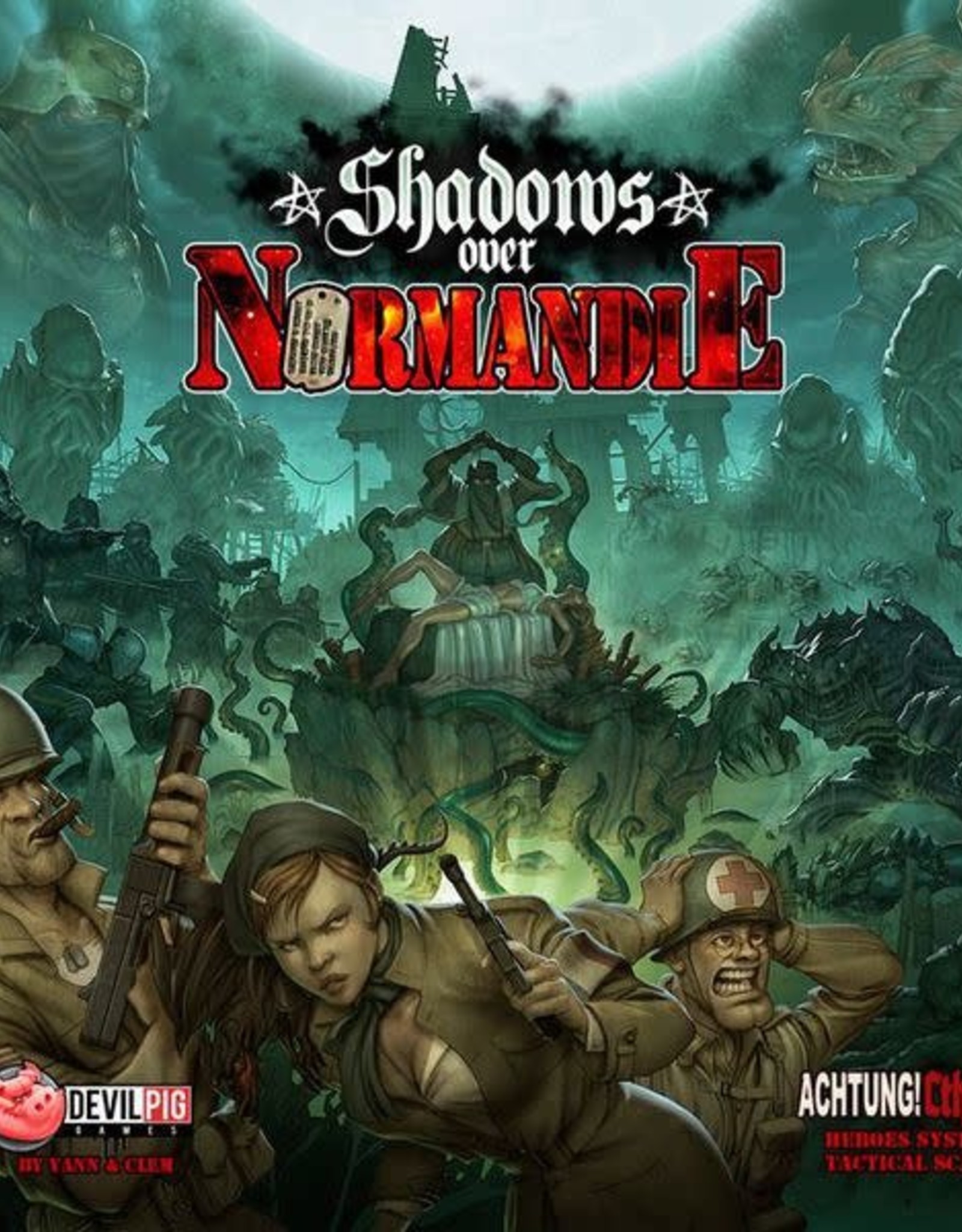 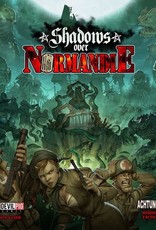 Shadows over Normandie is a squad/platoon sized game based on the Heroes System and is totally compatible with the Heroes of Normandie board game. The game features three opposing armies controlled by the players. These forces include the German Cult of the Black Sun, the ancient Deep Ones, and the U.S. Rangers. Each force is made up of infantry, tanks or creatures and of course, heroes and villains. Each unit has its own set of unique characteristics and skills depicted on the high quality chunky tokens.

Players use order tokens to determine initiative and to bluff. While a single six-sided die determines combat, action cards are played to spice things up. Secretly plan your attacks and outwit your opponent. Block the opposing strategy and surprise the enemies. Deploy your units and don't turn back!