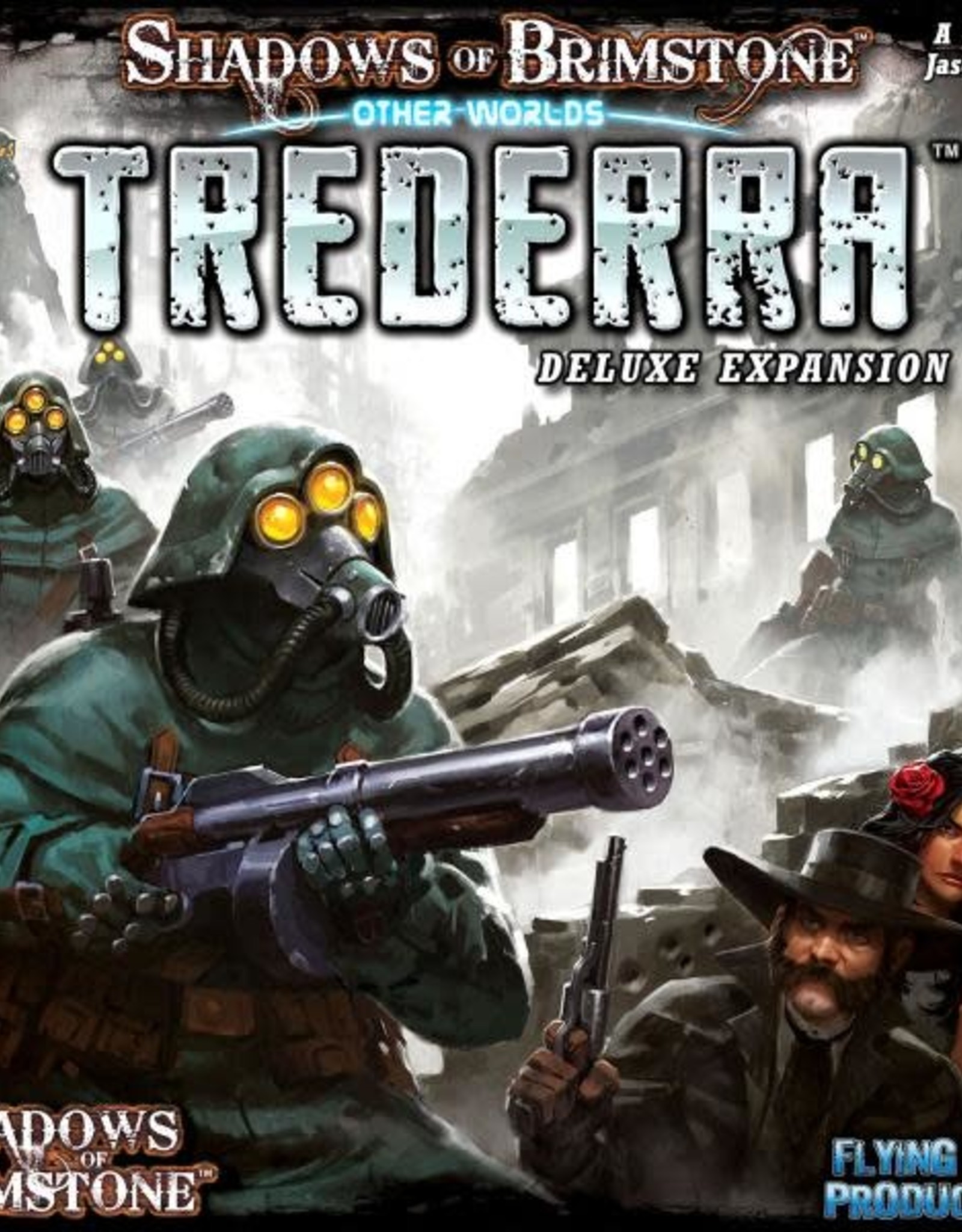 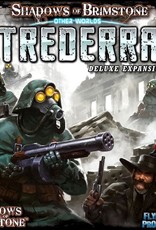 Containing a full set of 18 all-new Map Tiles with Trederra on one side and brand new Unique Mine rooms on the reverse, the Trederra Expansion includes a lot of new ground to cover, in both Trederra and the Mines! It also introduces the warring alien armies of Trederra with 4 fantastic new Enemy types to battle (Trederran Legionnaires, Z-4 Grenadiers, Trederran Mutants, and the deadly Trederran Lieutenants), including all of the cards, rules, record sheets, and highly detailed plastic miniatures to bring them into your games! But beware, exploring Trederra can be a dangerous endeavor, as the battlefields and city ruins are polluted with toxic gas, corrupting Dark Stone Radiation, Land Mines, and more! This set also introduces Terrain Cover that Heroes and Enemies can hide behind during a firefight, in the form of 6 plastic Battlefield Terrain pieces to give a 3D feel to the board! Can your band of Old West Heroes hold back the alien war machine that is... Trederra!