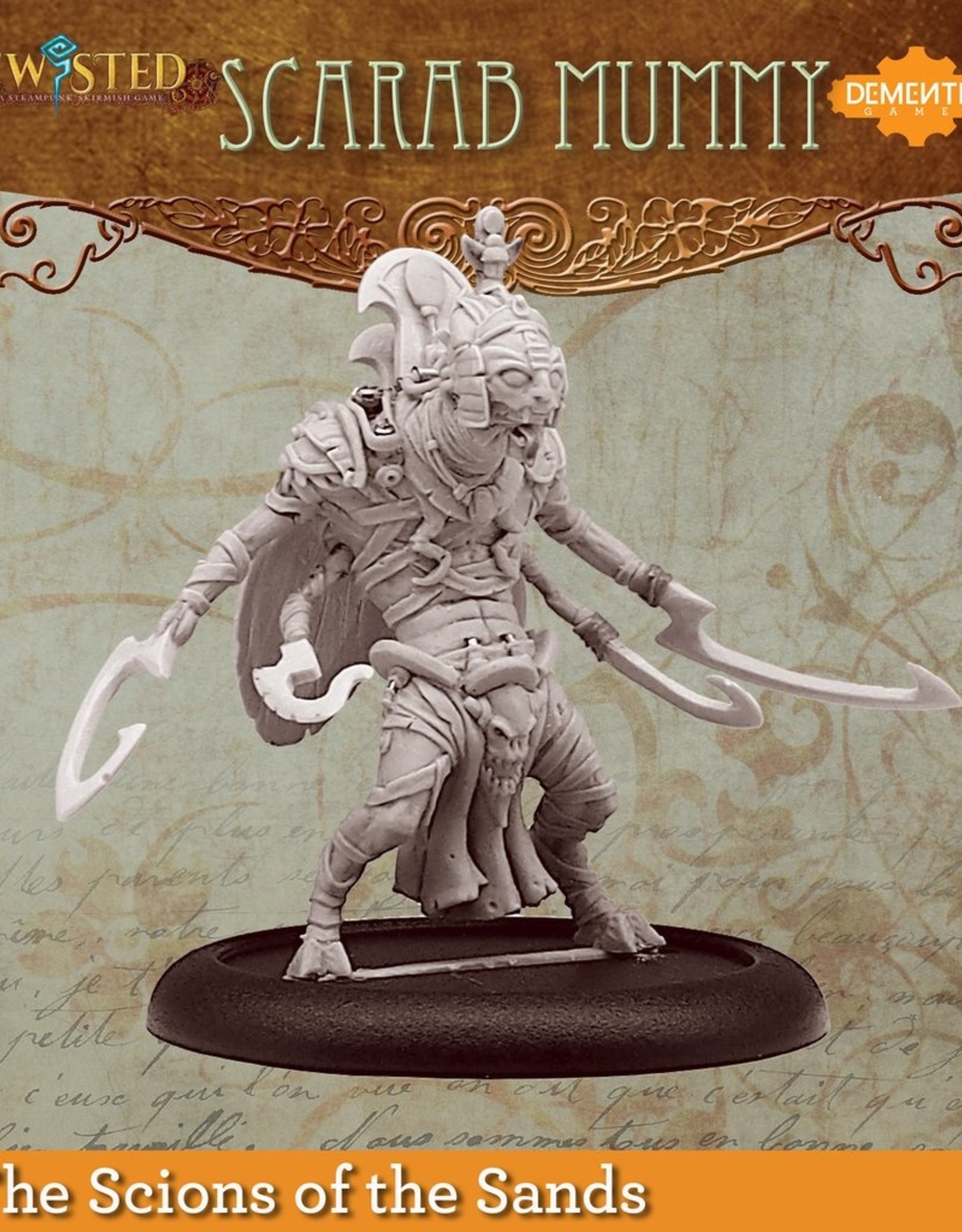 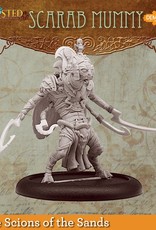 The Engine's Nubt Node summons many creatures to the Scions of the Sands cause, twisting some living forms into new shapes and bringing forth many long dead. A strange combination of brass, insect and ancient flesh, the Scarab Mummies are deadly. Massive and cumbersome on the ground, lumbering forward with long scything claws, they are also capable of great carnage when borne aloft by their beetle wings. Scarab Mummy is a large 32mm-scale monster miniature sculpted by Lux Thantor. Miniatures come with Character and Activation cards for playing Twisted! Multi-part miniatures, sold unpainted and require assembly.