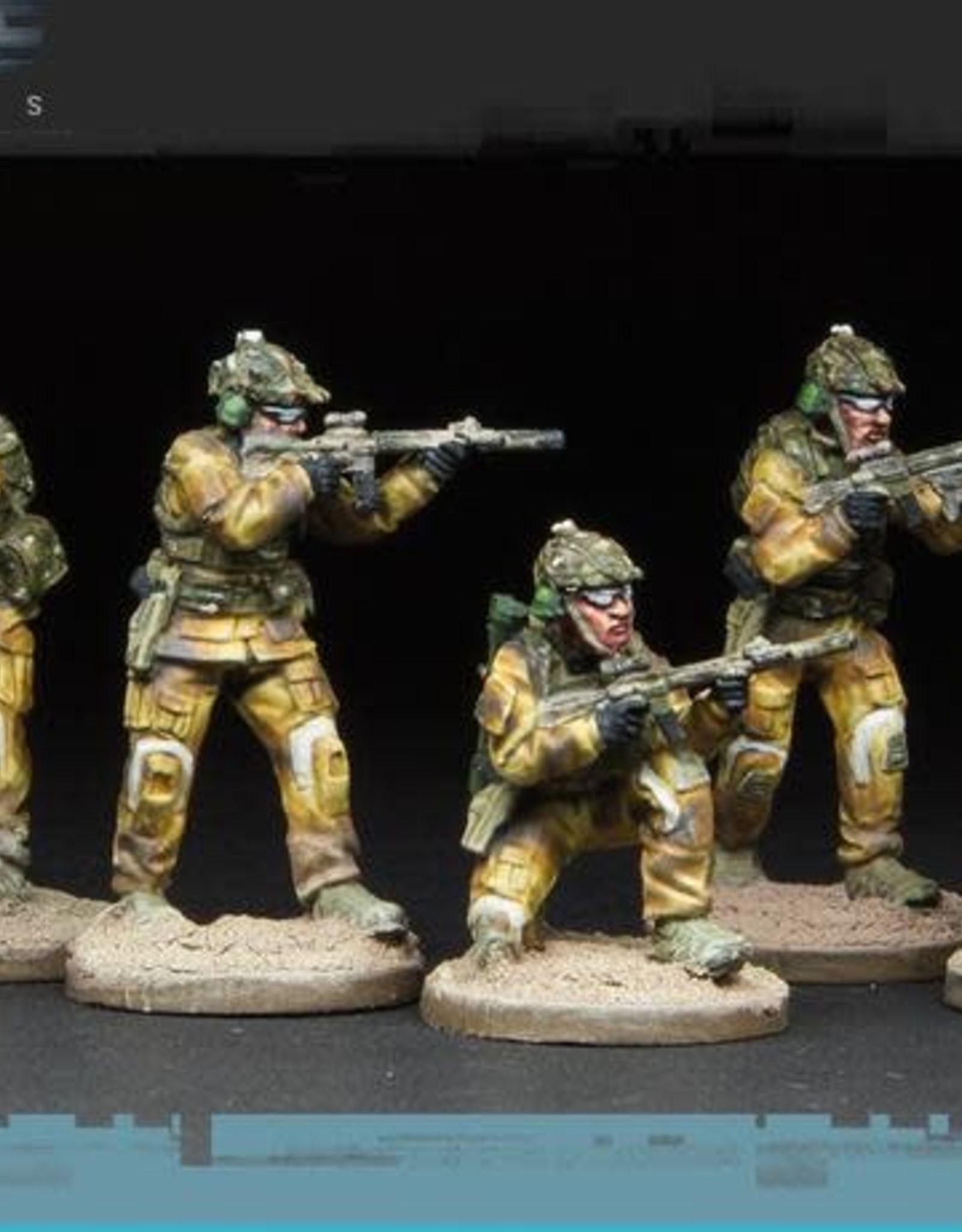 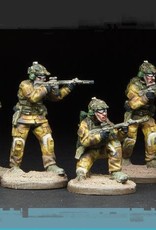 This SAS squad is equipped for rural operations such as close target reconnaissance, observation post or fighting patrols. They are equipped with L119A2 SFW carbines with mid-length barrels, allowing them to engage out to greater ranges than with shorter CQB barrels. The weapons have attached suppressors, lasers and various sights. One model has an additional underslung grenade launcher, one model a light anti-tank weapon and one model a light machine gun. All models have lightweight helmets, body armour, pistols and combat clothing. Belt kit and patrol packs are carried for extended operations over a couple of days, containing comms and med kits, ammo, grenades and other operational gear.