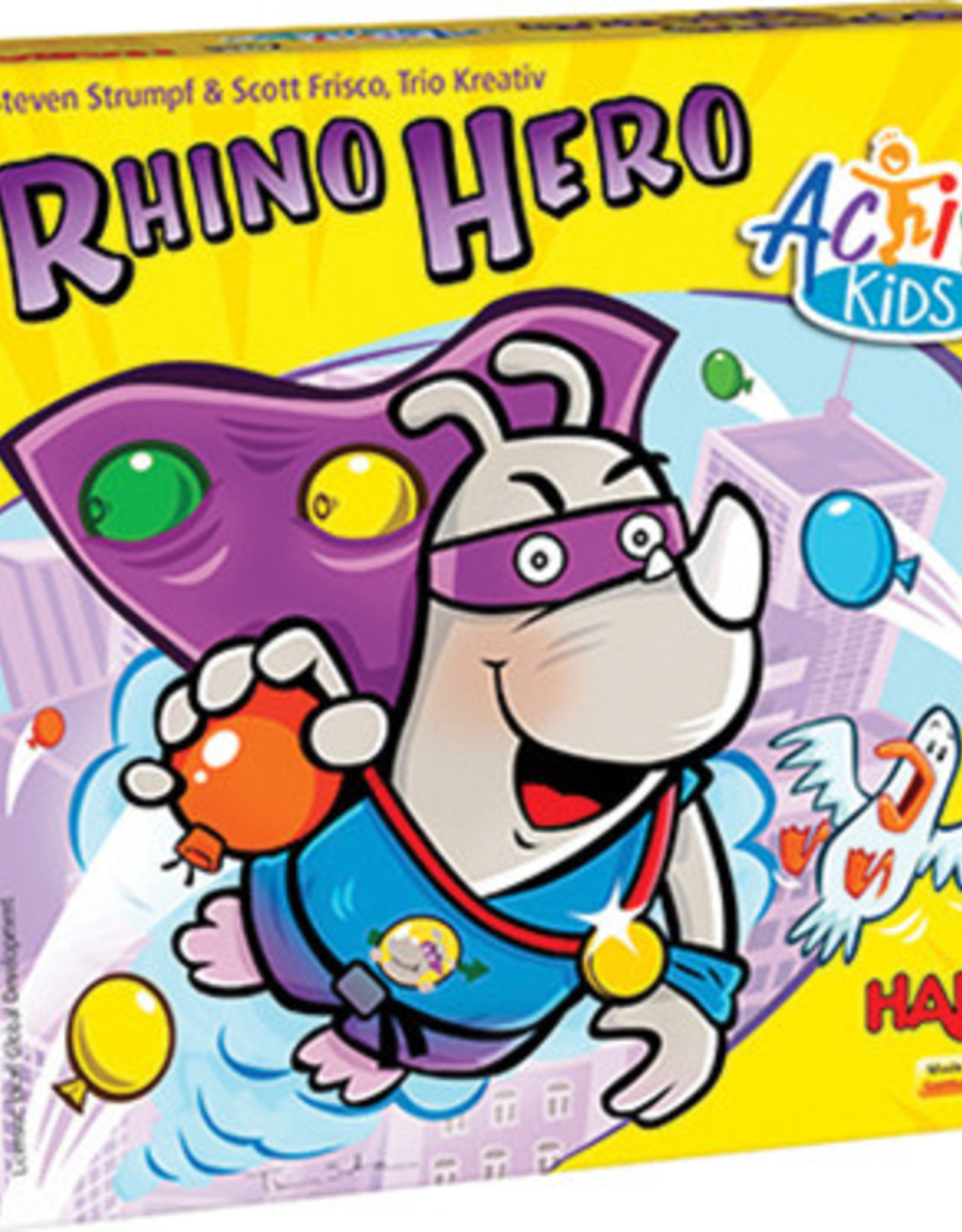 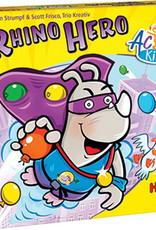 Watch Out! The spider monkeys want to throw gross slime balls at the city residents.Rhino Hero and his friends are needed: plyers grab the slime ballls & balance them on their super heroe`s cape, transporting them as quickly as possible to their hero headquarters. Heroes can`t let themselves get flustered by the other players. They need skill and courage to carry more & more slime balls out of the city with each round. Ages 5-99 Gametime 10-15 minutes. 2-4 Players