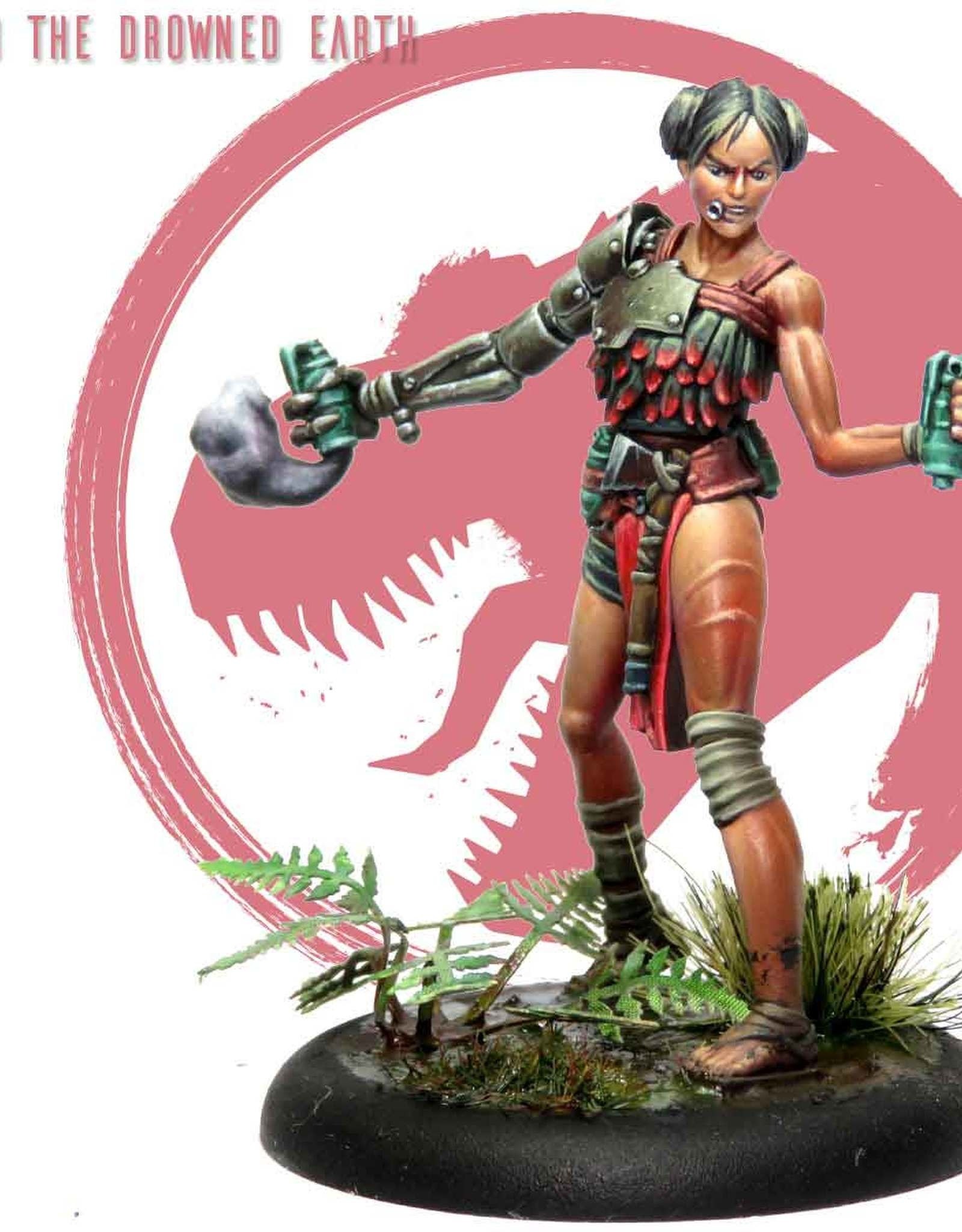 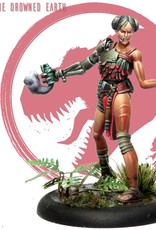 RAVANNA, BONDSMAN MECHT. HUMAN FEMALE. Civilisation just doesn’t suit everyone. Ravanna grew up in Tartouf, running with the gangs there, before leaving for a solitary life in the wilderness. Most city dwellers consider that tantamount to suicide, and for most city dwellers, that’d be correct. However, Ravanna had an almost animalistic talent for silent, stealthy movement. In the jungle she truly came alive, connected to every sound and subtlety, feeling connected to the jungle at a primal level, as comfortable as if she were born in to it. But to say she was “one with nature” would be to overlook her voracious, predatory instinct! Her favourite way to be “at one with nature” would be to have a stomach full of it. Preferably, something she’d brutally killed! For several years she avoided all contact with other people, tending the medicinal and recreational herbs and fungi, guarding her territory jealously, and attacking anyone – animal or sentient, who ventured in to it. And so it was that she killed a group of slaves, who were running from the Plantation Council, with Limossk and his crew hot on their heels. They arrived to find Ravanna standing amidst a literal pile of corpses, and by way of thanks, Lakassk made her an offer she couldn’t refuse: an offer of employment. RAVANNA, BONDSMAN MECH, IS A MULTI-PART METAL WARGAMING MINIATURE IN 35MM SCALE. THE MODEL IS LEAD FREE, AND COMES SUPPLIED WITH A 30MM BASE AND PROFILE CARD.