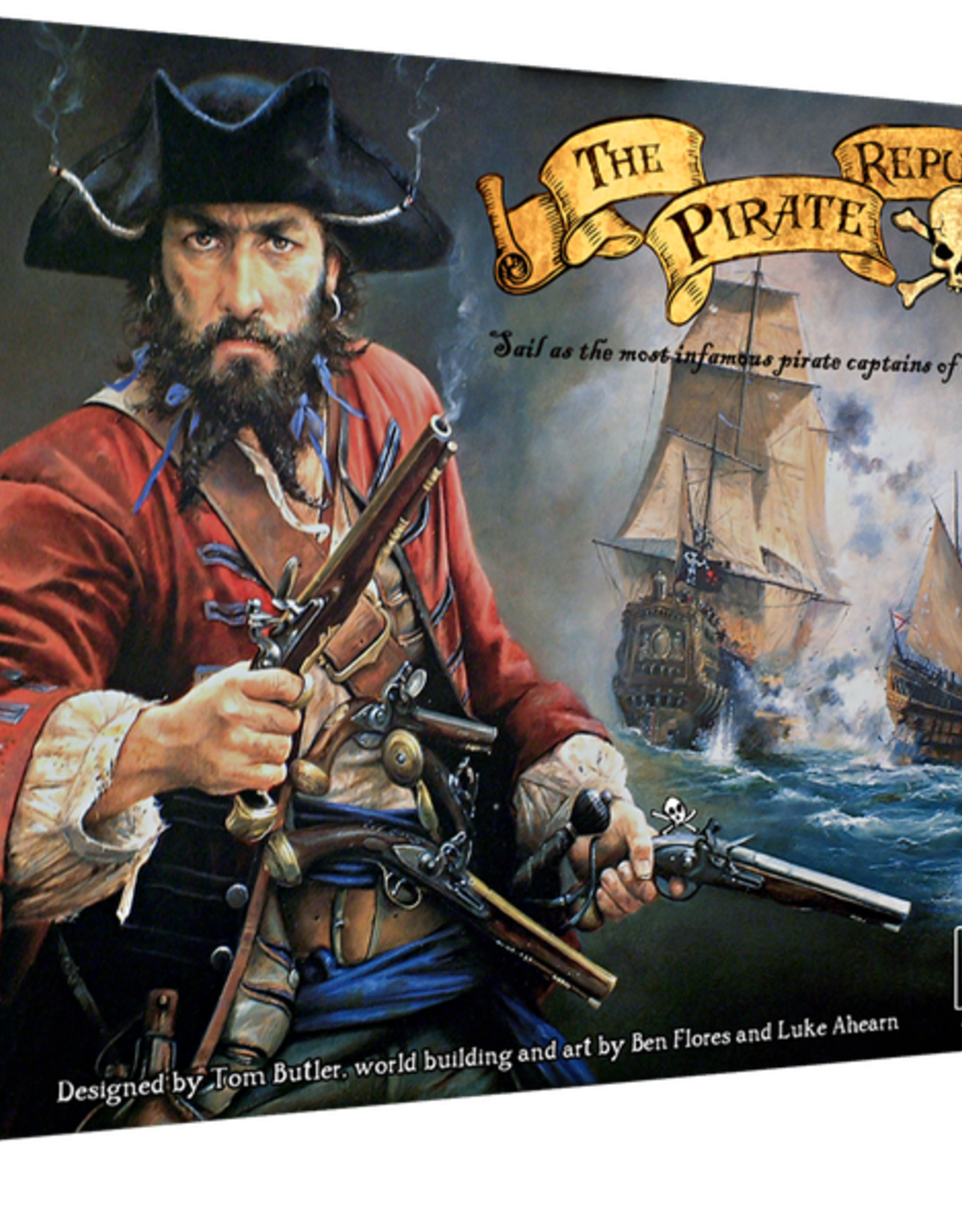 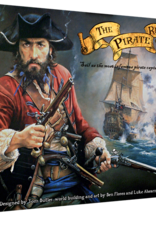 The year is 1713. A rare peace comes to the Spanish Main, but peace has its consequences...

With thousands of demobilized sailors, piracy explodes in the West Indies where the port city of Nassau serves as its headquarters. This is the sunrise of the Golden Age of Piracy. It's a time of conquest and riches, indomitable spirit and fat treasure galleons, pirate utopias and watery graves.

The Pirate Republic is a modular fully cooperative to fully competitive thematic adventure for up to five players. The most infamous pirate captains work towards completing mission objectives over three rounds of play. Your mission: Forge the ultimate empire, The Pirate Republic. The sea is your territory, anyone on or near it, your prey.

- Players can cooperatively work to complete Flying Gang mission objectives to forge the ultimate democracy, the Pirate Republic
- Players who enjoy Hidden Traitor mechanics can add optional Captain Missions that make some captains wily saboteurs who are secretly attempting to sink other players' ambitions
- Competitive mode creates a race to amass the most Swagger (Victory Points) through daring feats and plunder on the high seas

Attack, strike fear, and duel your way across the high seas with custom action dice and a deck of unique captain cards. Pillage treasure fleets, squash mutinies, sack forts, recruit crew, duel pirate hunters, and seal your notoriety among the greatest captains. Along the way, battle and bring an end to Spanish, British, Dutch, French, and Danish imperial powers infesting your waters.

The Pirate Republic brings the piracy story to life in this swashbuckling blend of adventure and strategy. Even across the centuries, it reminds that if denied the chance to live in freedom, best to go ahead and make your own.