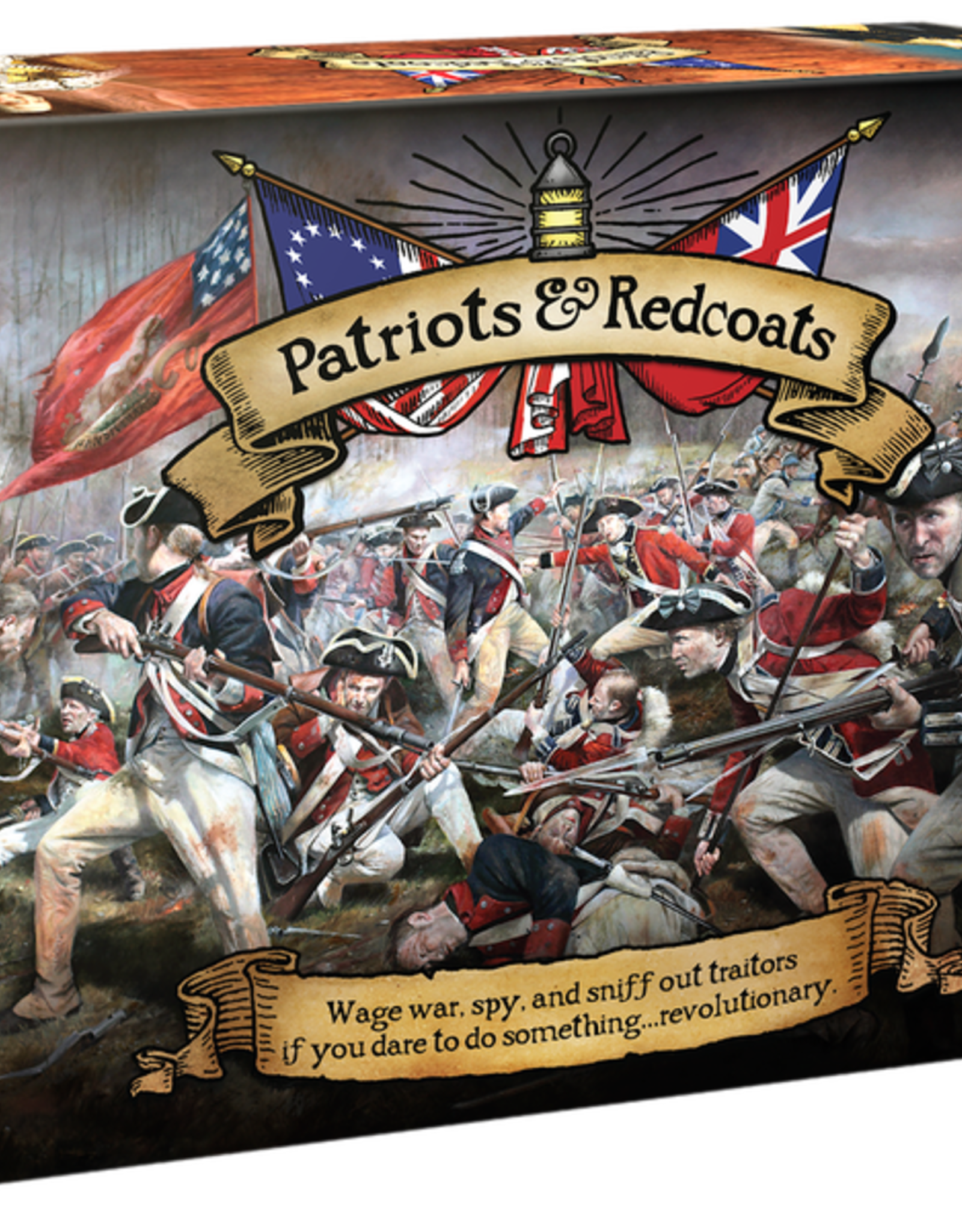 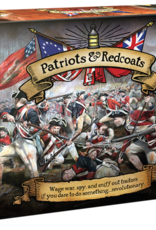 Welcome to 1776. It is July 4th. The ink of a feathered quill pen begins to dry from last of the fifty-six men.

It is done, the final signature on the Declaration of Independence.

Are these signers on the verge of forming a great nation, or did they just seal their fate on a hangman's noose? Only time will tell.

In America’s thirteen colonies, these patriots will defy a king, a kingdom, and the world.

But defiance is only the first part of the story. Fighting a war against the greatest military in the world is quite something else….

In Patriots and Redcoats, the players take on the roles of the Americans fighting to win independence and the British fighting to stop the rebellion.

Players are secretly assigned to the Patriots team or the Redcoats team. A team wins by locating and assassinating the opposing Leader or by winning four Victories on the Battlefield.

Watch out—there are spies and turncoats among you, and war by its nature can take on a character all its own in this bluffing, take-that, hidden-identity card game about the Revolutionary War.