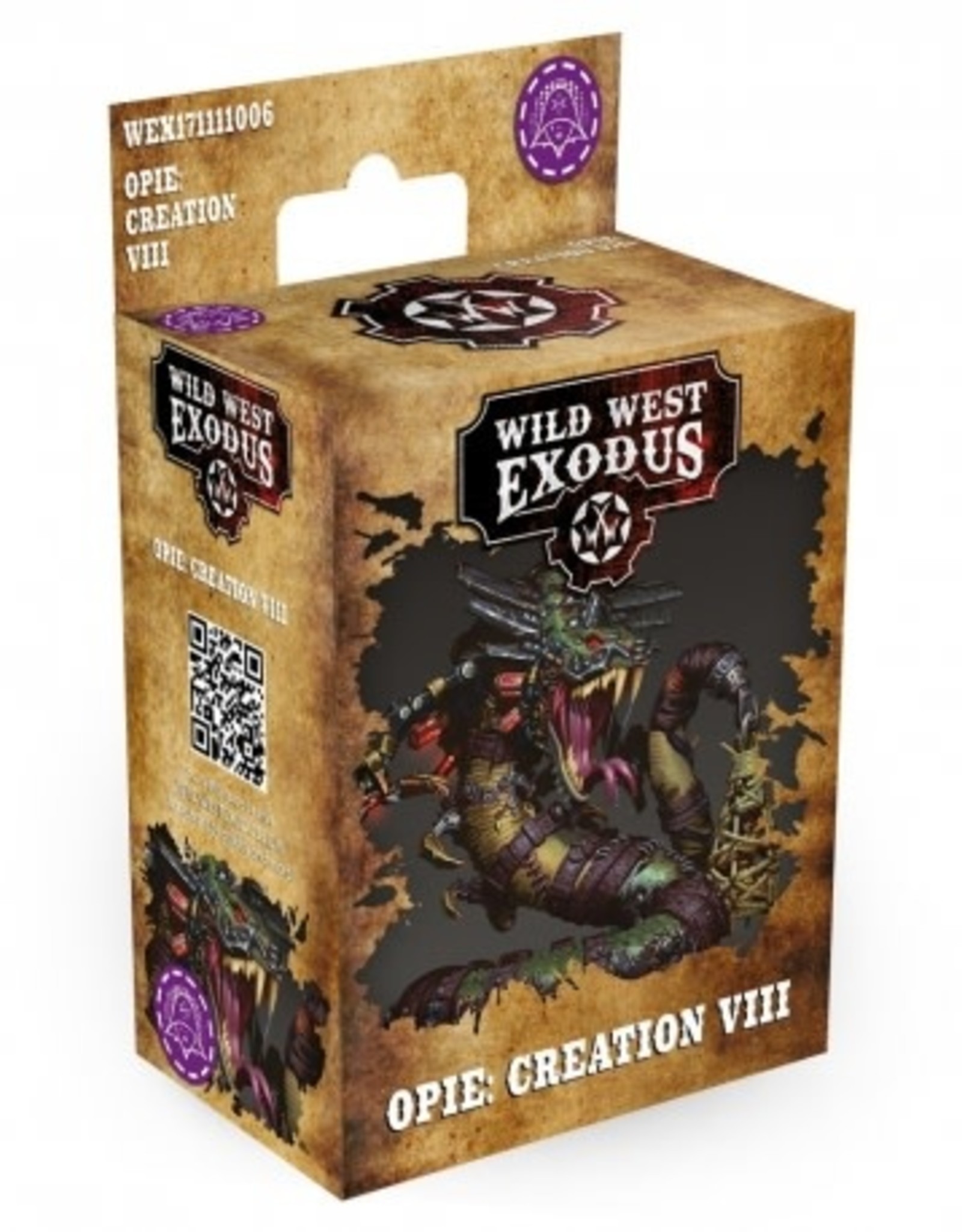 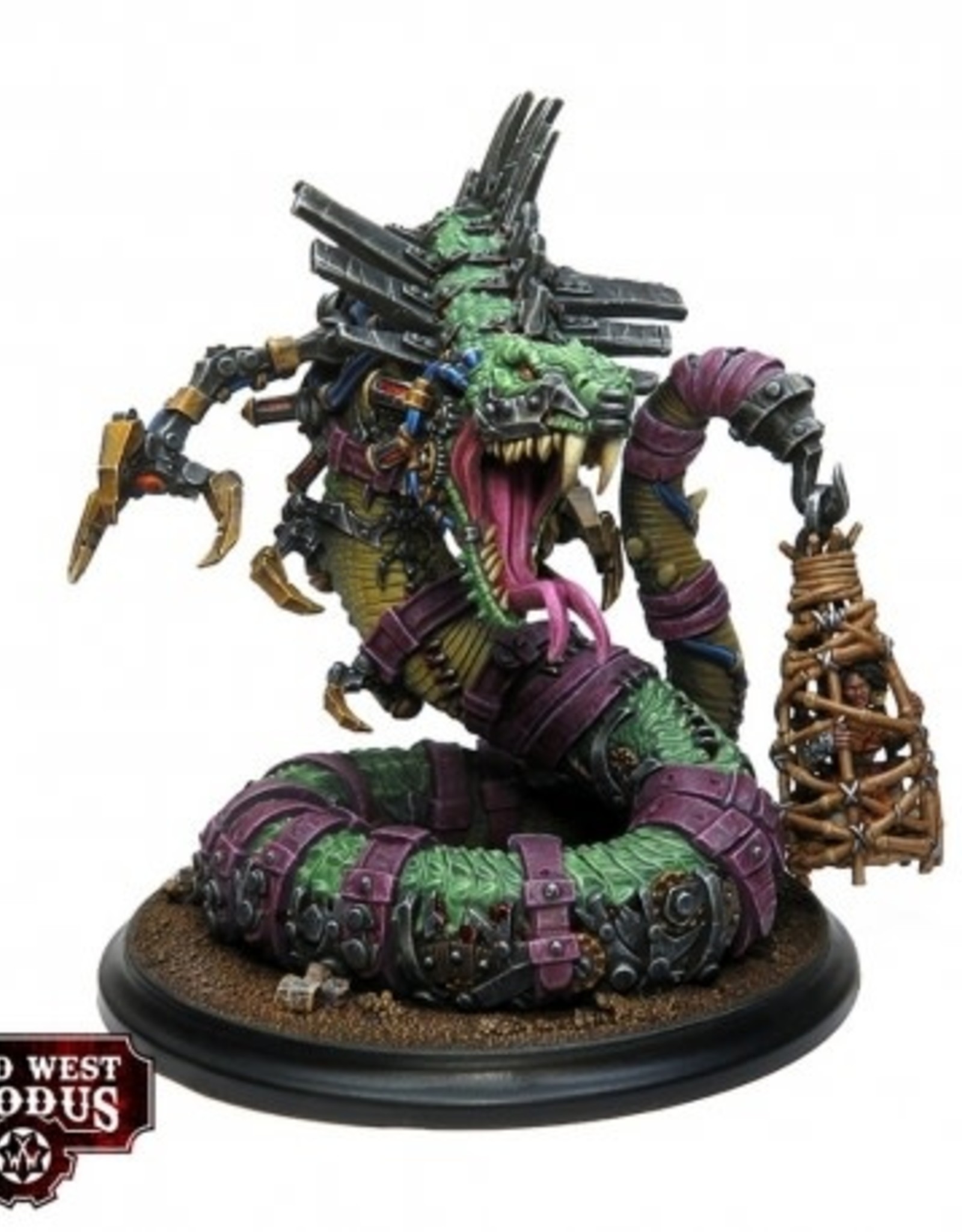 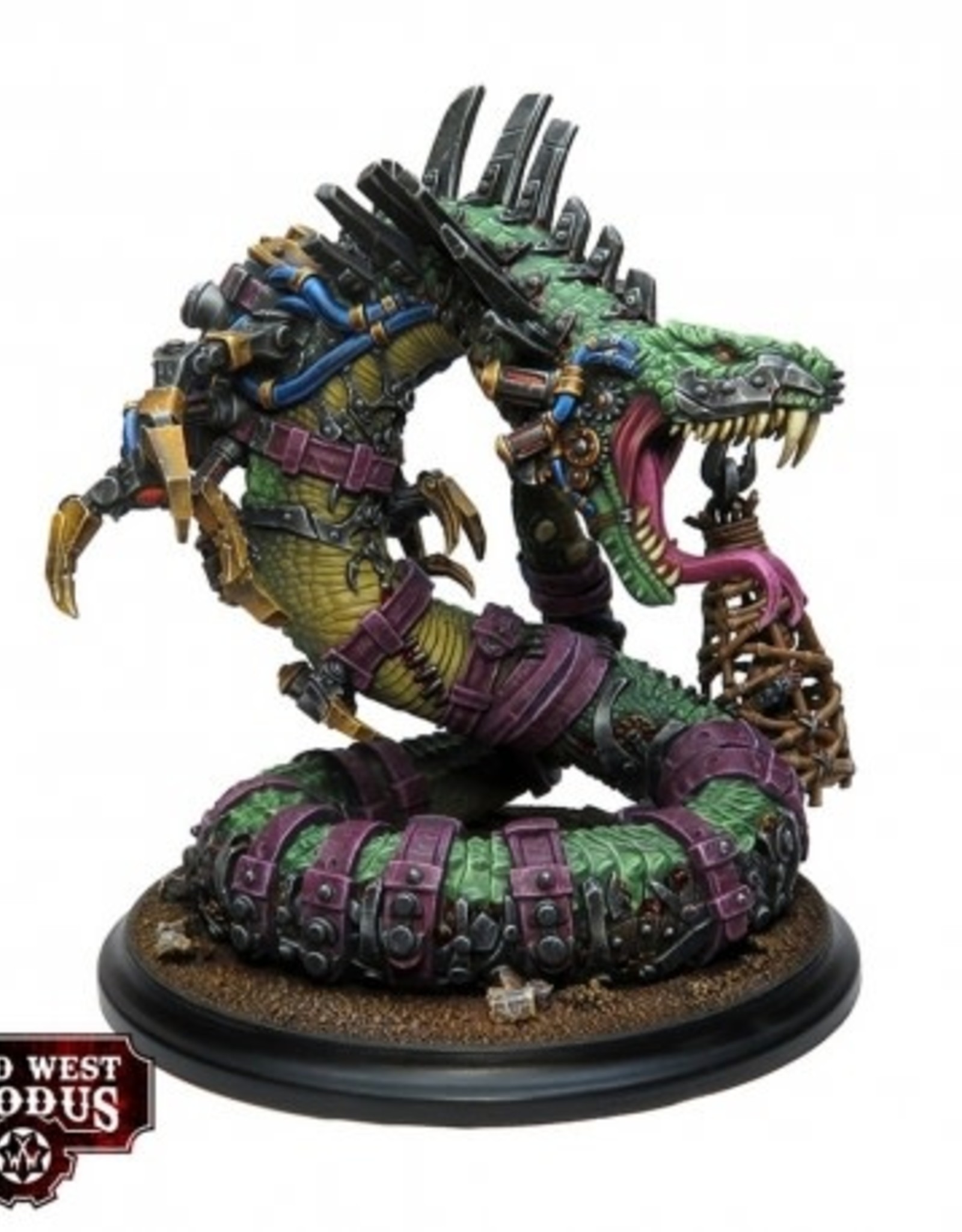 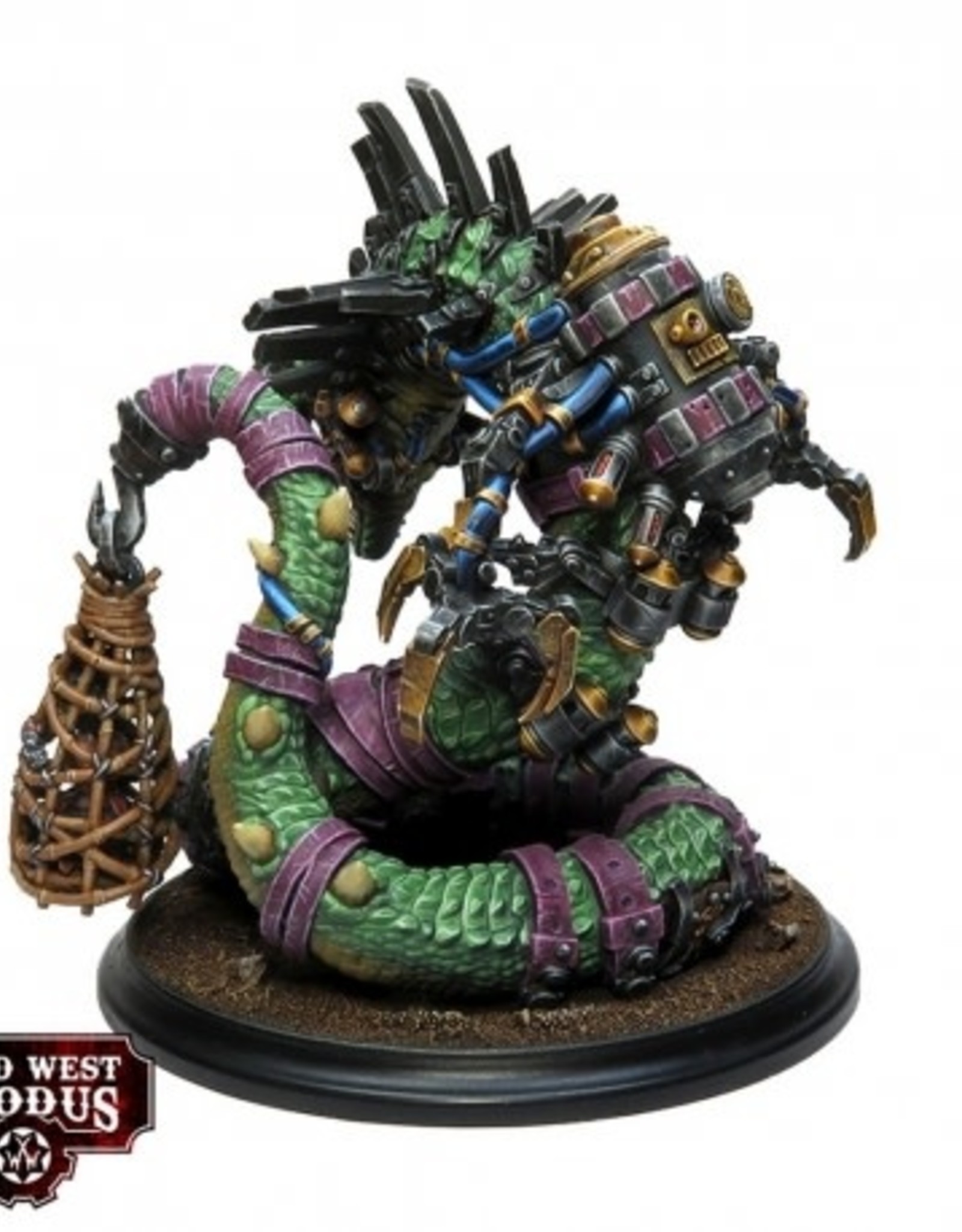 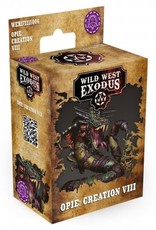 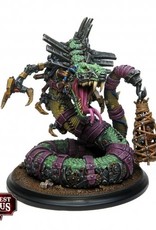 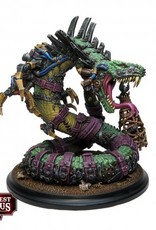 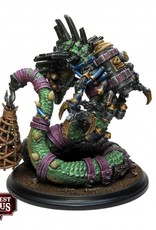 When Marie Laveau first brought her beloved titanoboa, Opie, to the fleshcrafter Augusta Byron, the aim was to save the creature's life. Having been mortally wounded in a clash with Dylan Callus, this rare creature now lay dying on Byron's surgical table. Such an unusual biology caused Byron to relish the task ahead of her. She laboured long into the night, pausing mid-procedure only to replace one of her own hands when the confused and poorly sedated serpent lashed out and severed it. As the surgery entered its second evening, Byron was satisfied that not only would Creation VIII live, but that the improvements made would substantially increase the creature's strength, speed and resilience. At first Laveau was apprehensive at the substantial transformation her pet had endured. But seeing that the serpent's ferocity and new found lethality was switched off in favour of Opie's familiar submission and tenderness when by her side, Laveau soon prized him above all her other servants. Grateful for Byron's efforts, Laveau permitted the Countess to replicate the process on future titanoboas she procured and divided the profits equally. Regrettably, as is often the case with experimental engineering, the prototype differs greatly from the final product. In the case of Creation VIII the exact process could never be replicated as successfully in later versions, partly because of the cost and complexity, but also because none of the future specimens delivered to Byron was ever as intelligent or massive as Opie. Creation VIII remains the first and greatest of its kind. At his mistresses command, Opie is unleashed against her enemies, entertaining the Nazombu Queen as she listens to the victim's bones crunching as they are slowly crushed and digested within the titanoboa. The Opie: Creation VIII kit builds one multi-part resin miniature; 1x Opie: Creation VIII 1x Base Please note: Miniature is supplied unpainted and some assembly will be required. Character Unit Cards are not included and can be found on the Wild West Exodus website.