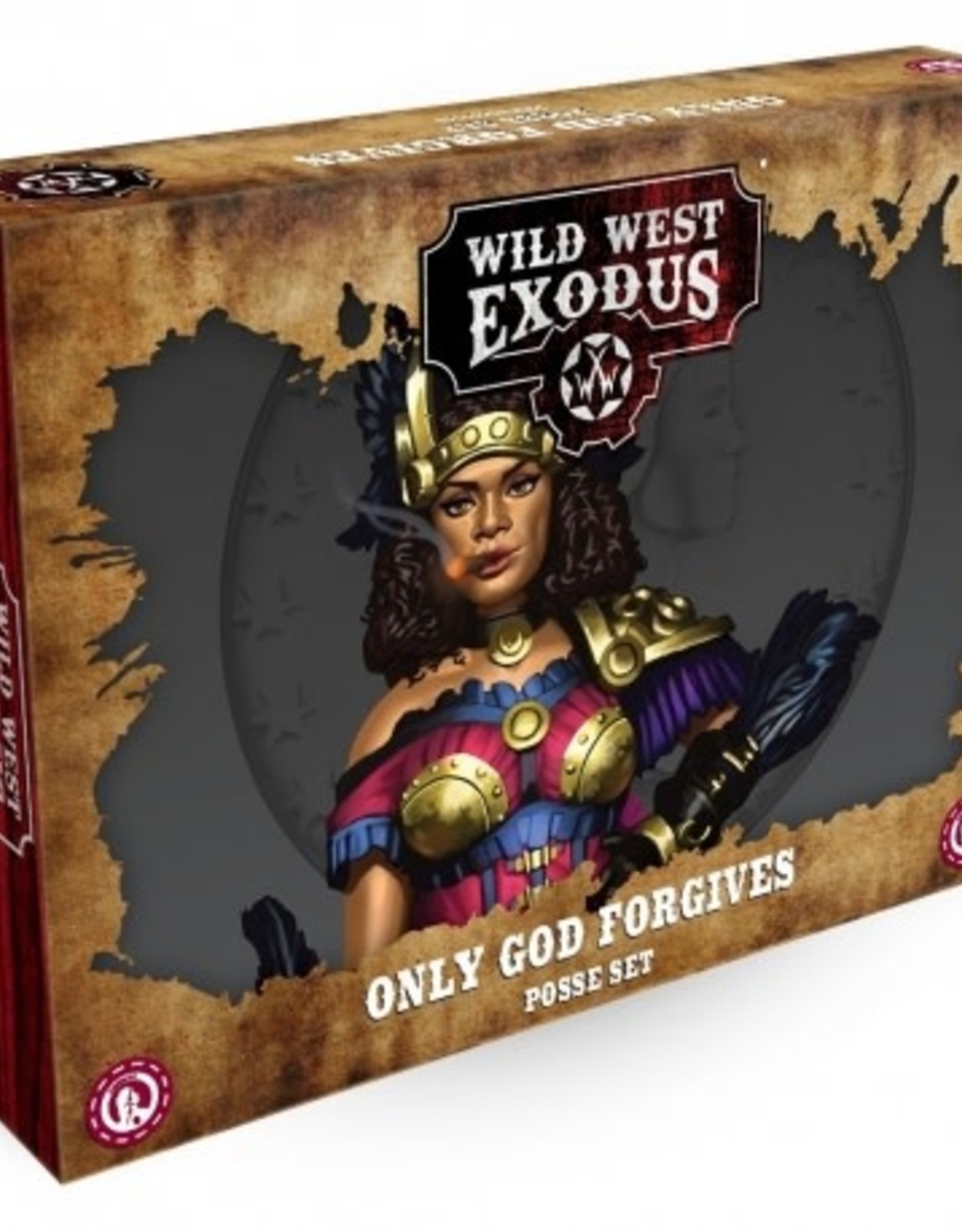 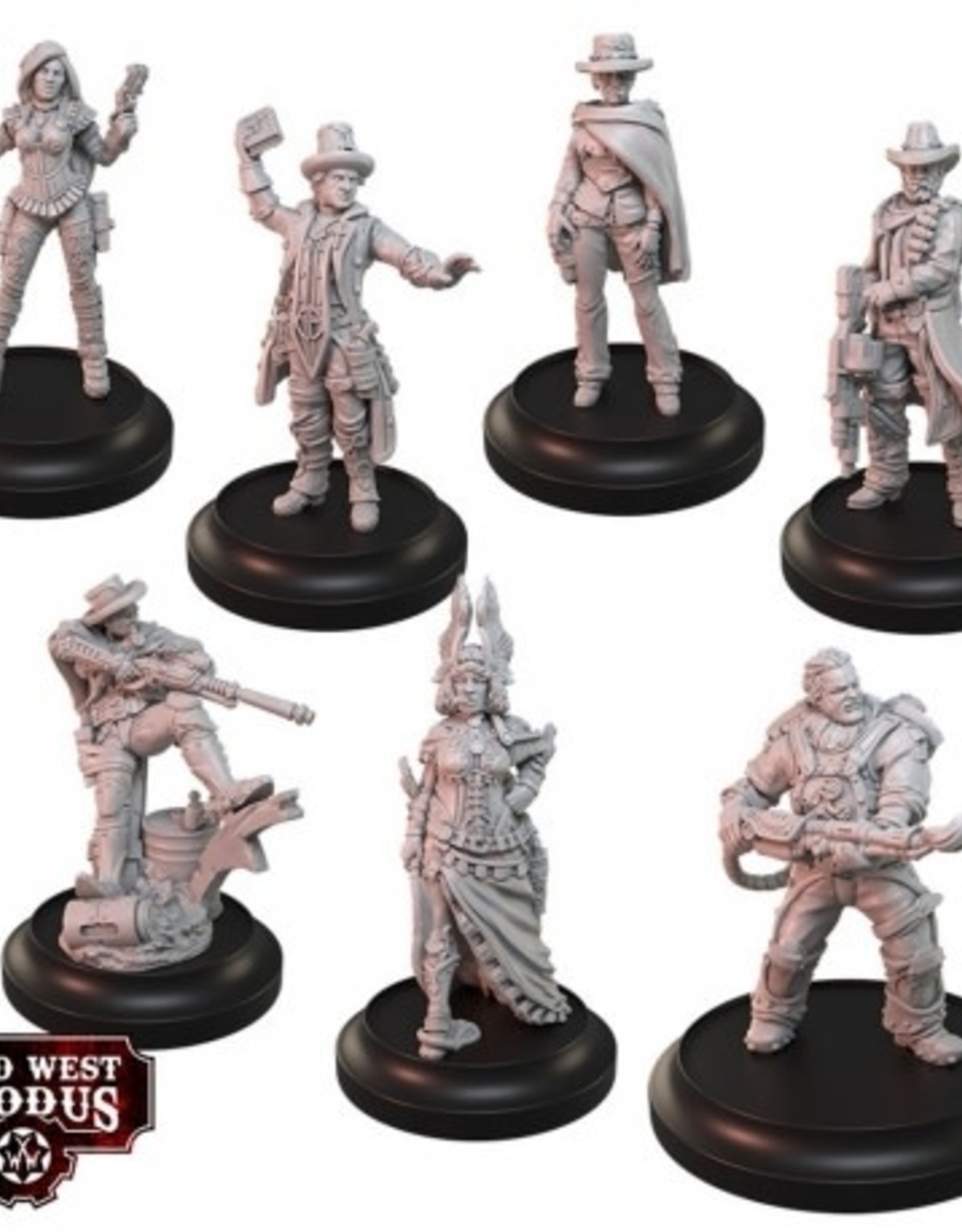 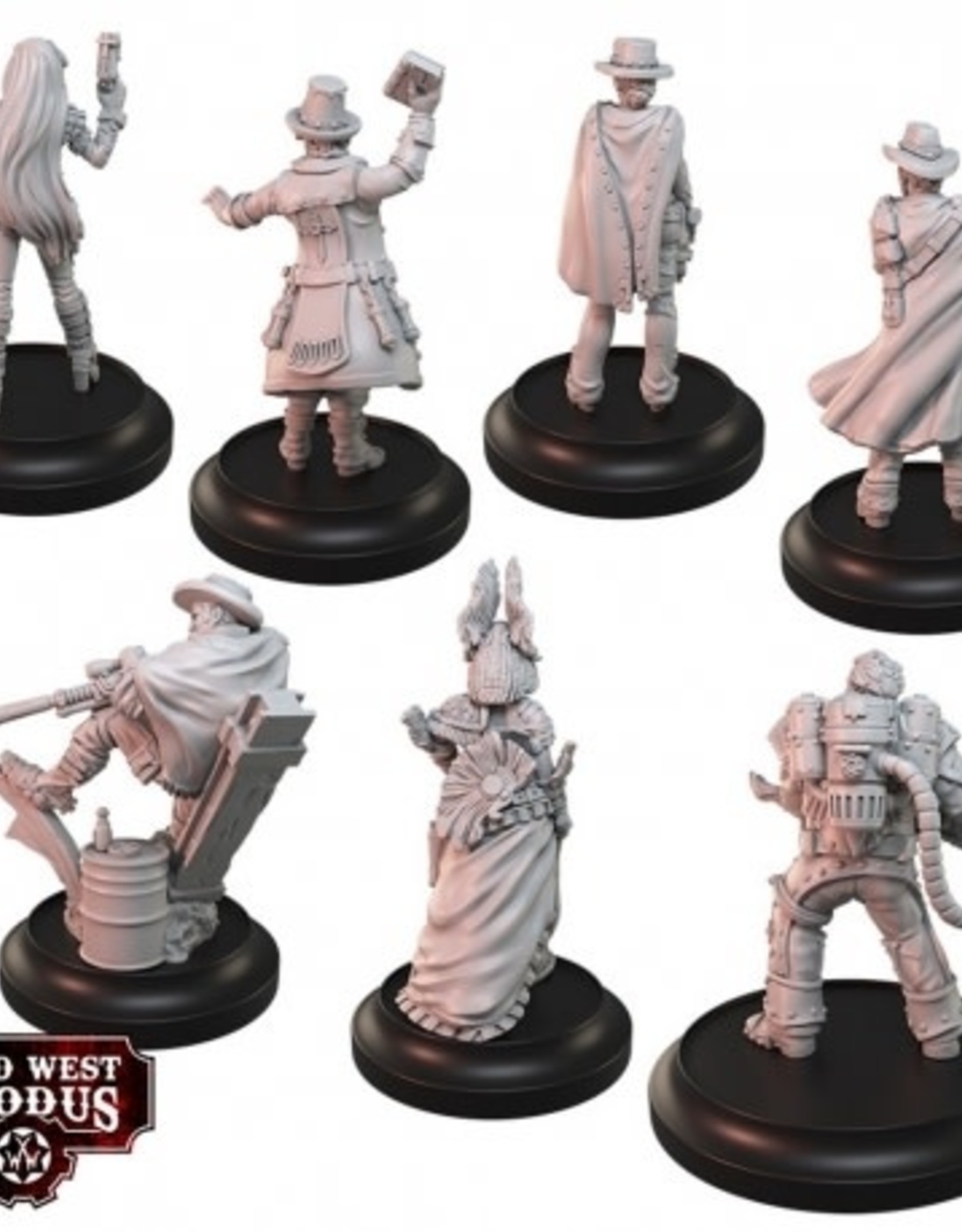 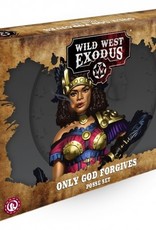 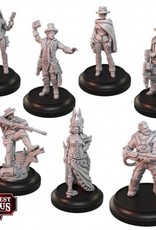 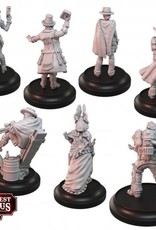 If the Cat House isn't the most popular and most patronised establishment in Red Oak then nobody would dare say it within earshot of Giulianna Starr; proprietor and Madam extraordinaire. She built the business up from the silver dollar she found in the bottom of a spittoon during the last days of the Ore War. While business is now booming, she has to keep tight control over the details for fear it will unravel before her eyes and she will have to earn her keep once more as she did back then. Men and women speak indiscreetly when aroused or drunk and the Cat House sees plenty of both. Madam Starr is flush with dollars but she is richer by far in secrets and favours. Her continued success relies on the promises made by influential and respectable citizens as well as the ruthless killers and desperate outlaws who enjoy the company of her boys and girls. In times of need, when she has to gather a posse, it's these same ner do wells and cut-throats that she has to rely on to get the job done, though she is careful to avoid the true sociopaths or psychopaths. They can't be trusted even under threat of mutual destruction. Of the many faces frequenting the Cat House, Papa Trinity is probably the most incongruous. There is something almost 'other-worldly' about the man. Seeking no company at the Cat House, Trinity is happy to just drink whiskey and watch the locals pass through. Despite his priestly garb and fiery demeanour, he passes no judgement and in turn is left well alone by the other patrons. Ignatius Nero, however, is fascinated by the priest and takes every opportunity to sit with him and strike up a friendship. He has even taken to shadowing Trinity when the pastor embarks on one of his long rides out to Superstition Mountain. So far the priest has proven adept at losing Nero in the mountains, but one day Ignatius swears he will find out where Trinity vanishes too. Leeroy Sabat is another regular face in Ms Starr's establishment and is well known as the best shot in Red Oak, a title disputed by only a few. His silhouette on the roof, long rifle in arms is enough to ensure any would-be trouble makers give the place a wide berth. Not that the likes of Bud Hutch would let them get far if they ever entered looking for trouble. Usually found carousing with the Auto-Piano in the main bar with his deep baritone, Hutch has his unusual flight rig and incendiary weapon close by. The partially filed off markings indicate Hutch may have once participated in a Union test-flight program. Keeping an eye on the patrons while Guilianna is upstairs, Sadie Walker is Starr's right-hand woman and closest confidant. She has worked at the Cat House for several years and is fiercely loyal to her boss, often settling any trouble before a punch is thrown. Though her reputation with the deadly pistols is such that she needs only the slightest provocation to demonstrate. Joey Manco was an old 'friend' of Giulianna's from way back who staggered into the Cat House one day with a fistful of dollars. Though quiet and gruff, Mancio does not talk about her past, her strong but unorthodox sense of justice speaks of a possible former life as a Lawman. Along with Walker, Manco keeps the place clean of trouble and teaches any disrespecting partons a lesson they won't forget. When this Posse has a need to ride out on a manhunt or to settle a score, Giulianna makes sure that her debt to them is paid in full, whatever the outcome. After all, only God forgives... The Only God Forgives Posse kit builds seven multi-part resin miniatures; 1x Giulianna Starr 1x Leroy Sabat 1x Papa Trinity 1x Bud "Scorcher" Hutch 1x Ignatius Nero 1x Joey Manco