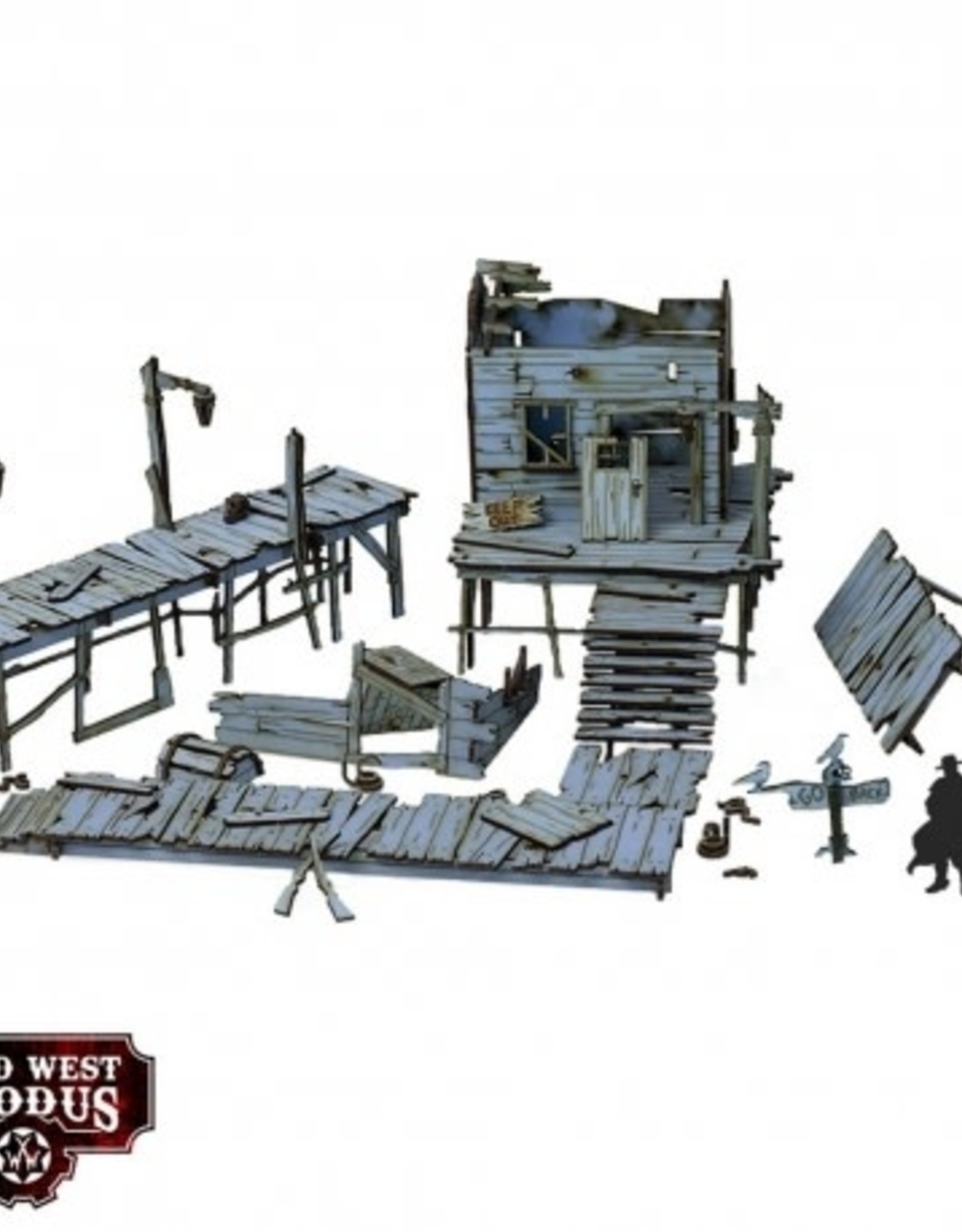 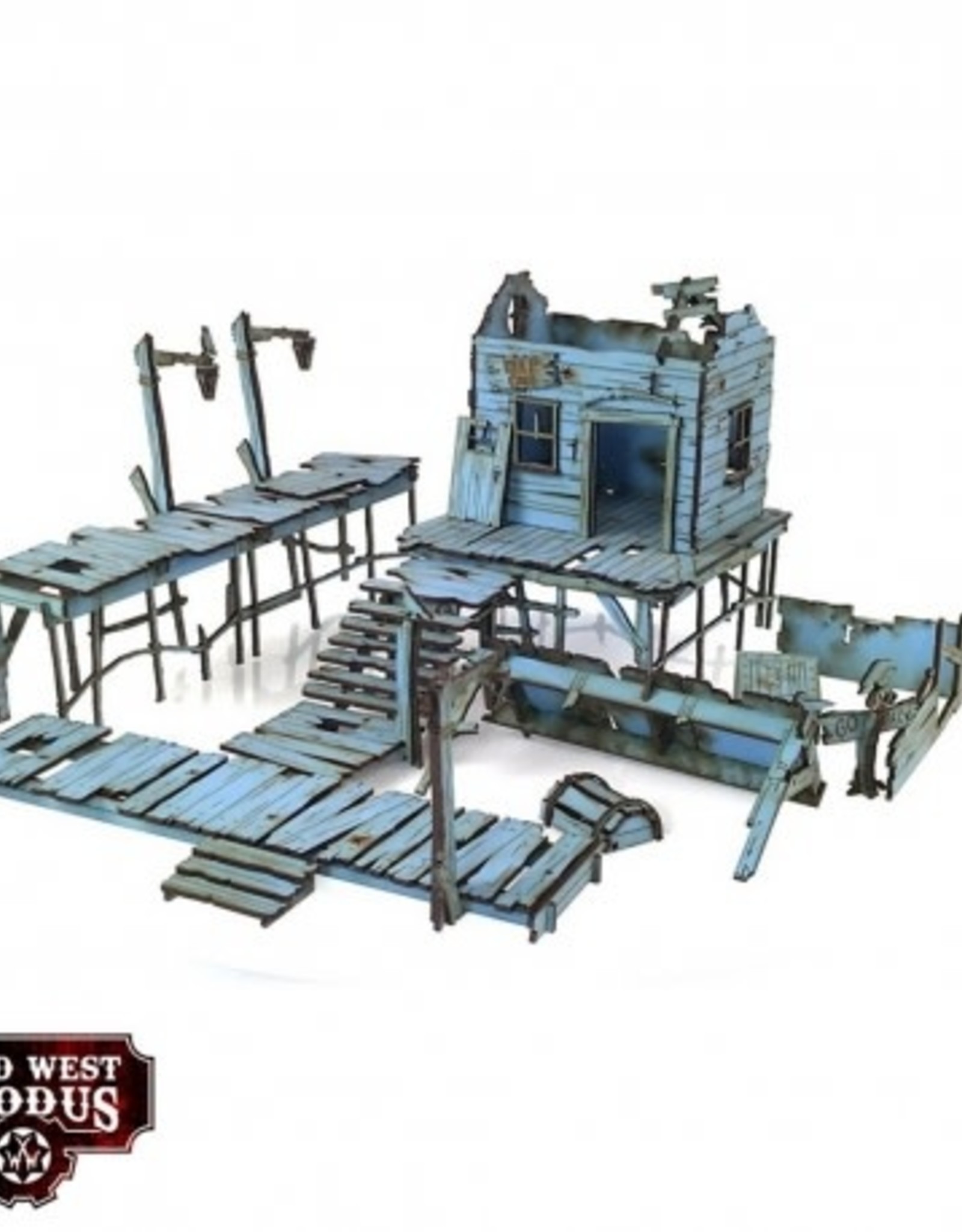 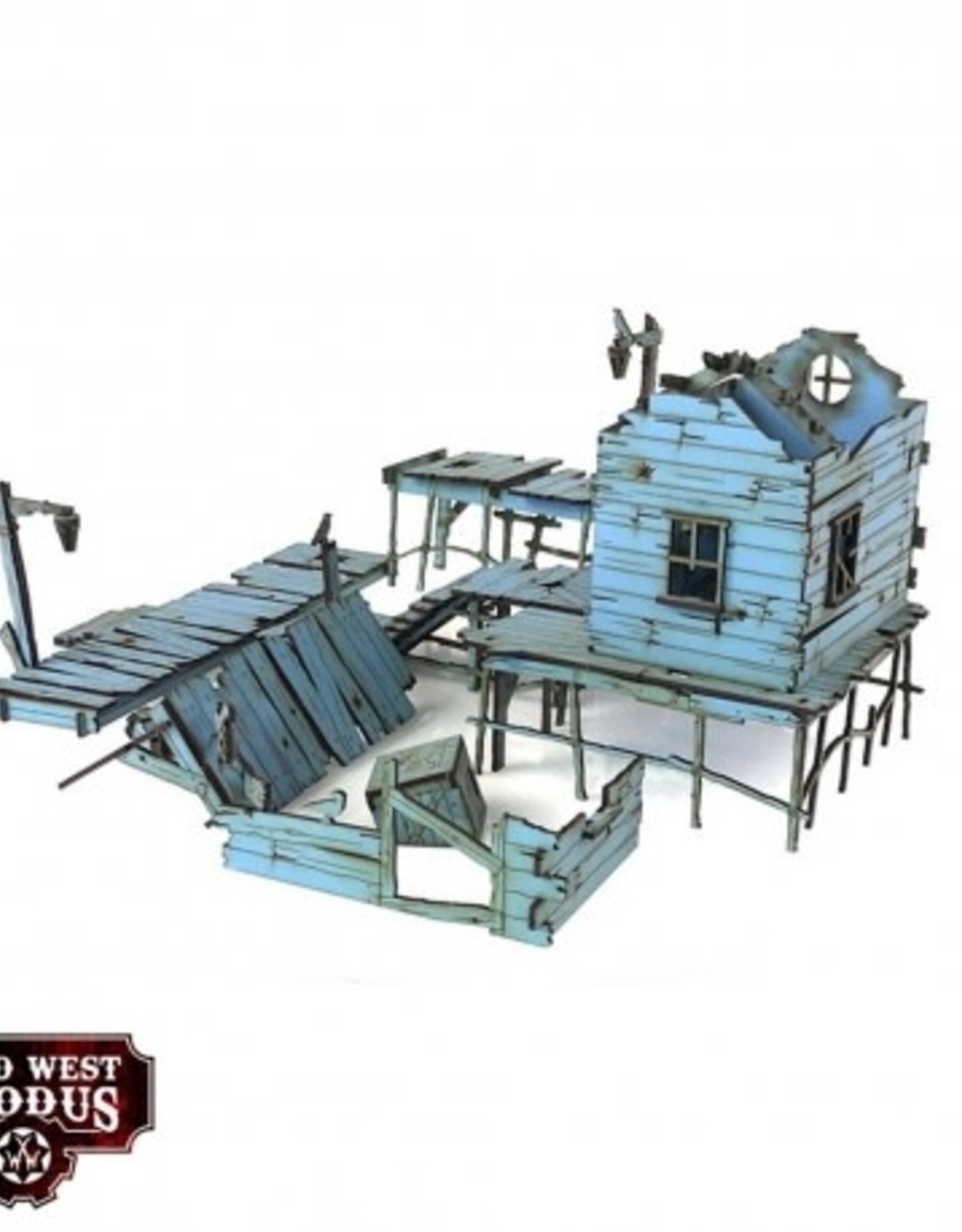 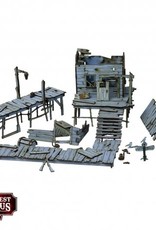 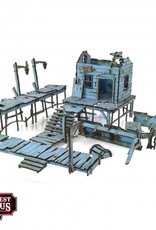 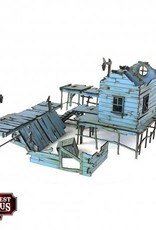 The squabbles and skirmishes in the west can often spill out into all types of terrain. Few are as dangerous as the many bayous found along the gulf coast of Texas and into Louisiana. These often hot and oppressive swamp-lands are no place to take a gunshot wound and the shallow water can often suddenly deepen causing the death of many an unwary traveller. The water is often dark and brackish making it unsafe to drink and hides many creatures that lurk beneath the surface. Many frontier settlers have attempted to build shacks and jetties only for them to have fallen into disuse and disrepair. This Wild West Exodus Scenery kit contains 1x Abandoned Shack 1x Pair of steps 1x Docking Jetty 1x Raised Walkway 1x Collapsed Raised Walkway Various Scatter Terrain including; Signposts Sunken Fences Sunken Barrel Sunken Crate Snakes Shotguns Assembly Instructions