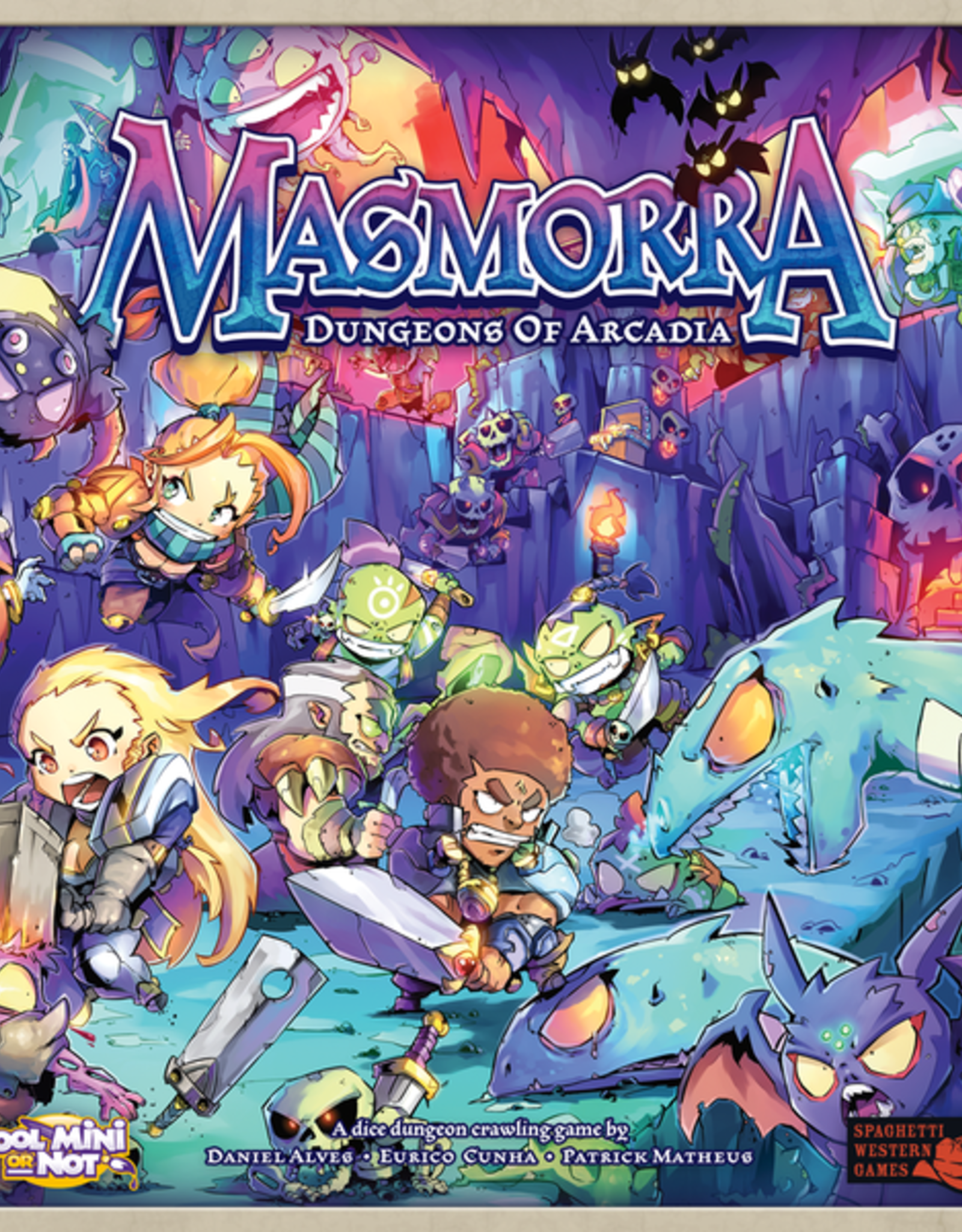 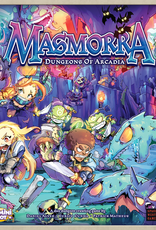 Masmorra: Dungeons of Arcadia is a fast-paced, dice-driven dungeon crawl board game set in the Arcadia Quest universe where players control Heroes that explore three levels of a dungeon filled with monsters, traps and treasure! Bosses, special rooms and countless surprises await the Heroes, but only one can be the first to reach the final level and become the undisputed champion of the Realm!

In Masmorra, players get to roll and re-roll a pool of Dice that guides their actions for their turn, and a unique dungeon is created as players lay down tiles while exploring it and fighting off monsters that are represented by special dice! But Heroes must also be aware of opponent Heroes, as they'll be able to use cards to disrupt their carefully laid-out plans!