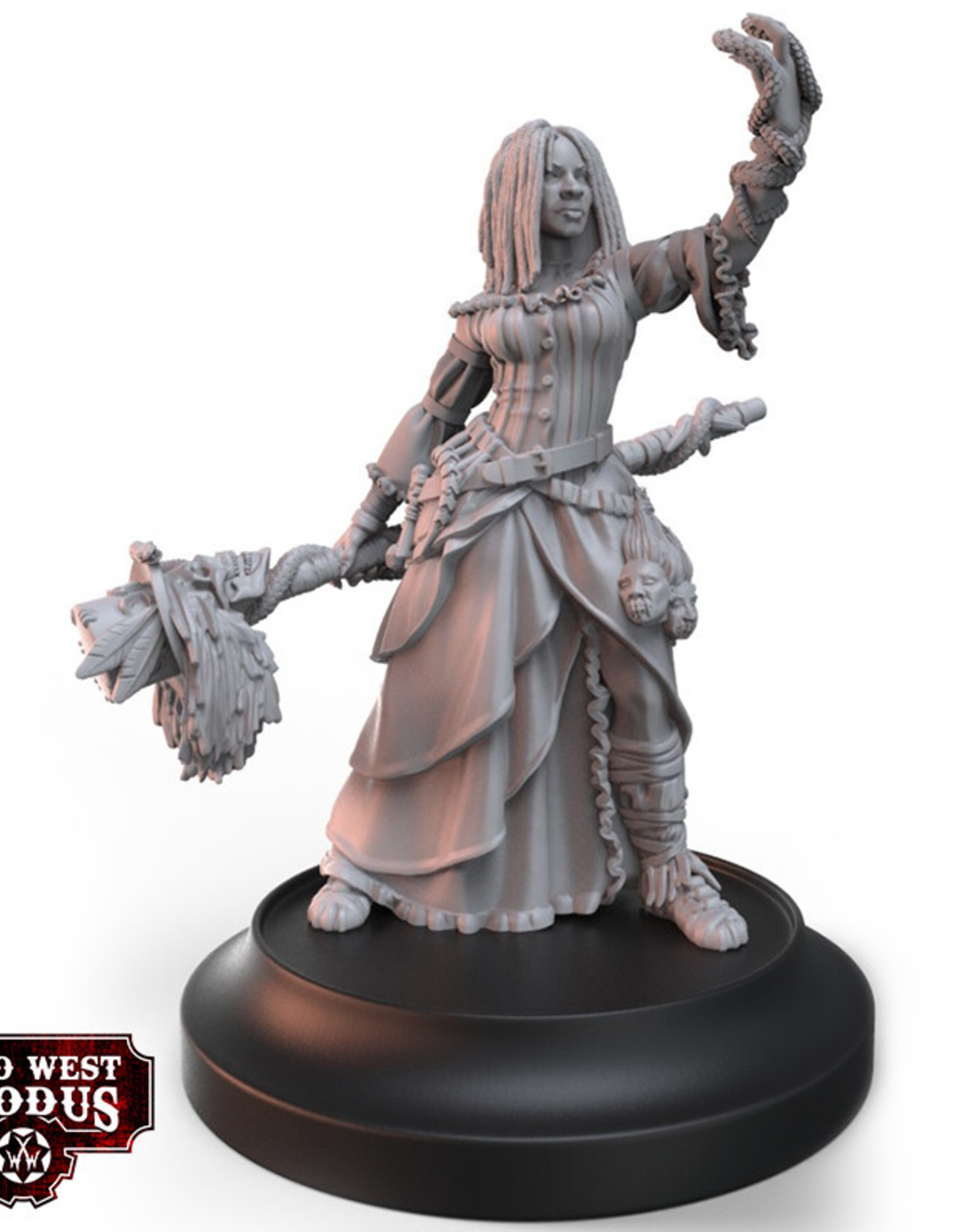 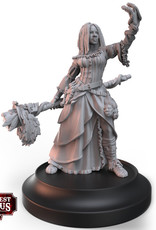 To the world at large Marie Laveau is Queen of the Bayou and vodun priestess to all of New Orleans. Believed to be the latest in a long line of magic women whose lineage stretches back into the mists of time, even in an age of scepticism and science, her powers defy understanding or explanation. This is all for show. Marie Laveau is an invention, a glamour used to cloud the eyes of man from the true horror that crawls across the land behind beguiling magics. In truth, the woman known as Marie Laveau has no name that mortal tongues can pronounce. She is a monster, a grotesque aberration. She remembers the fall of Atlantis and the Watcher war that stranded the aliens of the clades on Earth. She has dwelled in the Louisiana bayous for as long as they have been and they are her fiefdom. As part of the Dark Council, Marie Laveau is invigorated by the power of the Hex and is the oldest servant of the Stygian Fragment of the Hex in the Americas and this boosts the potency of her own innate powers. While abroad Marie Laveau dons her glamour to bewitch and beguile the men and women she has dealings with. None can see past her deception as her magic is strong though there are those of sufficient wit or power that may see not the shadow of a beautiful woman thrown out by fire or moonlight but the writhing tentacles of her true form. In recent years Marie has had dealings with the Confederate Rebellion, aiding them when their goals have aligned. Though the rebels do not appreciate her true nature or form. In battle Marie appears far stronger than the average woman, hitting harder than her slight frame suggests and crossing even the most treacherous ground with ease. Combined with her magics she is a formidable foe but should even this not be enough for her to prevail she will throw off her glamour and bring her full power to bear. Once revealed and free from the drain on her concentration maintaining her falsehood requires, Marie is a beast. Larger and stronger than any man she clambers over obstacles on her six tentacles, wrapping her enemies in their embrace and crushing the life from their bodies or hurling them into the air. Supported by her coven of witch doctors, men and women who she has versed in the bayou’s dark arts, she spits curses in some unknowable tongue that withers men to dust where they stand or sees them consumed by vermin that seemingly crawl from thin air to engulf them. This product contains 1x Marie Laveau Miniature 1x Base