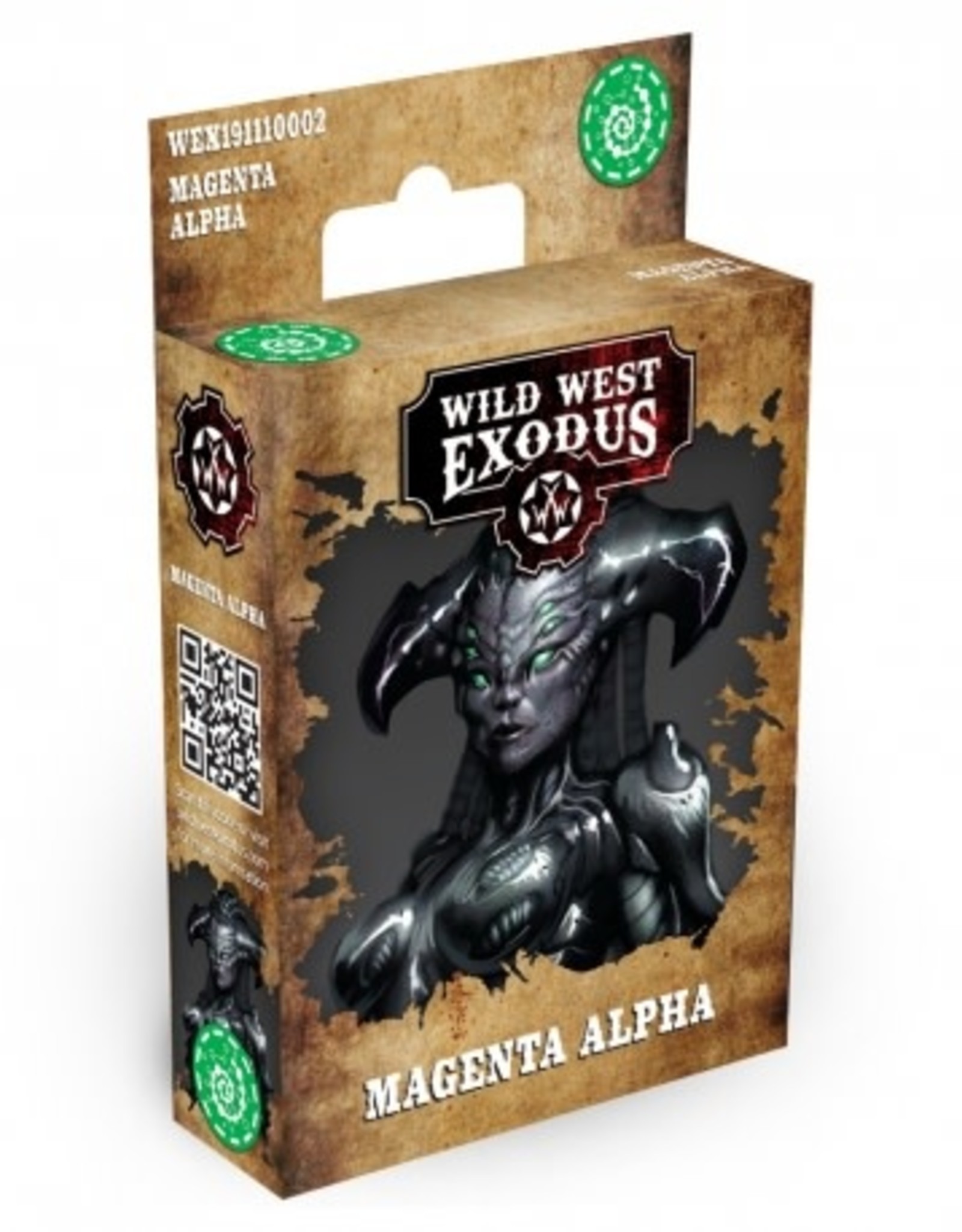 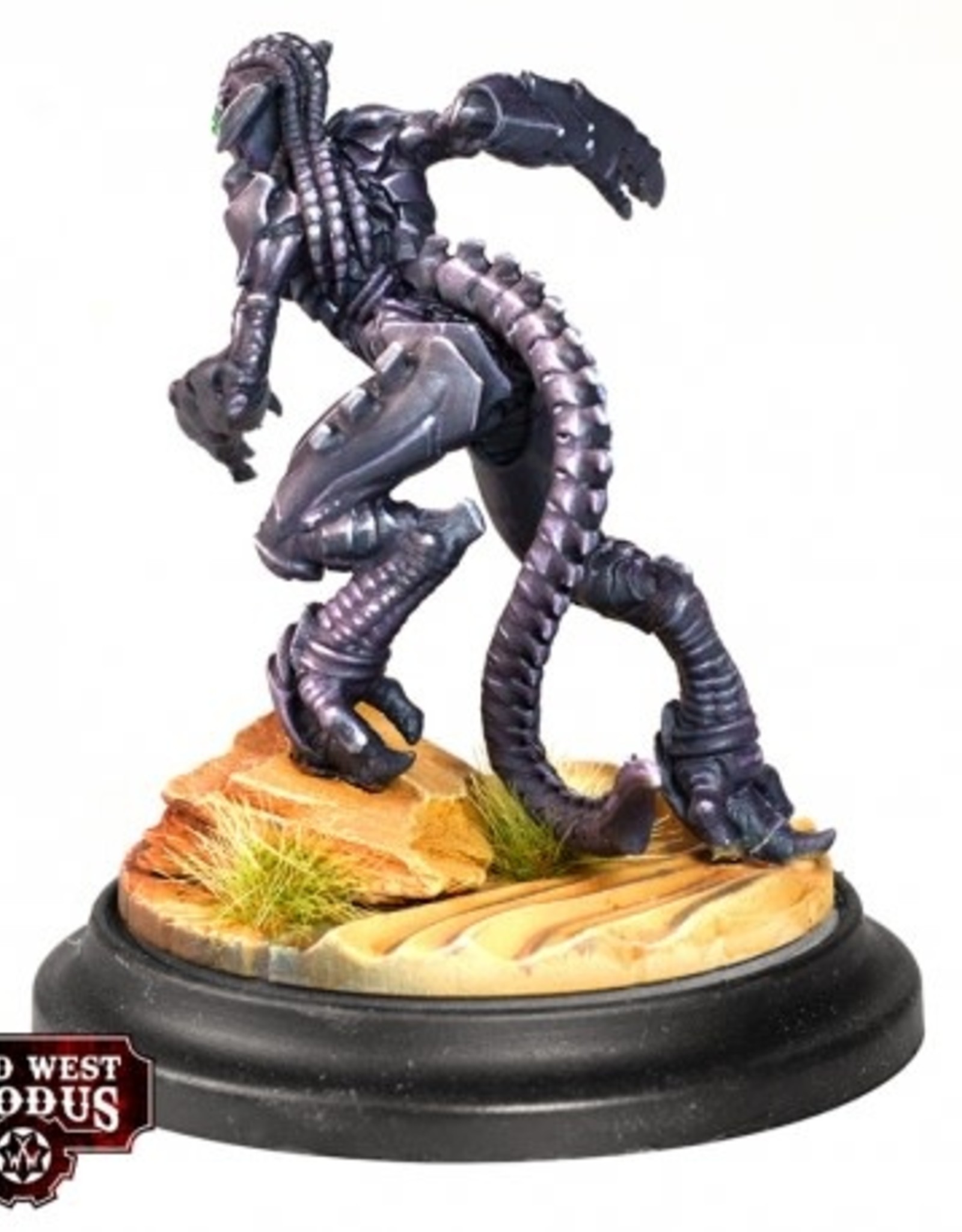 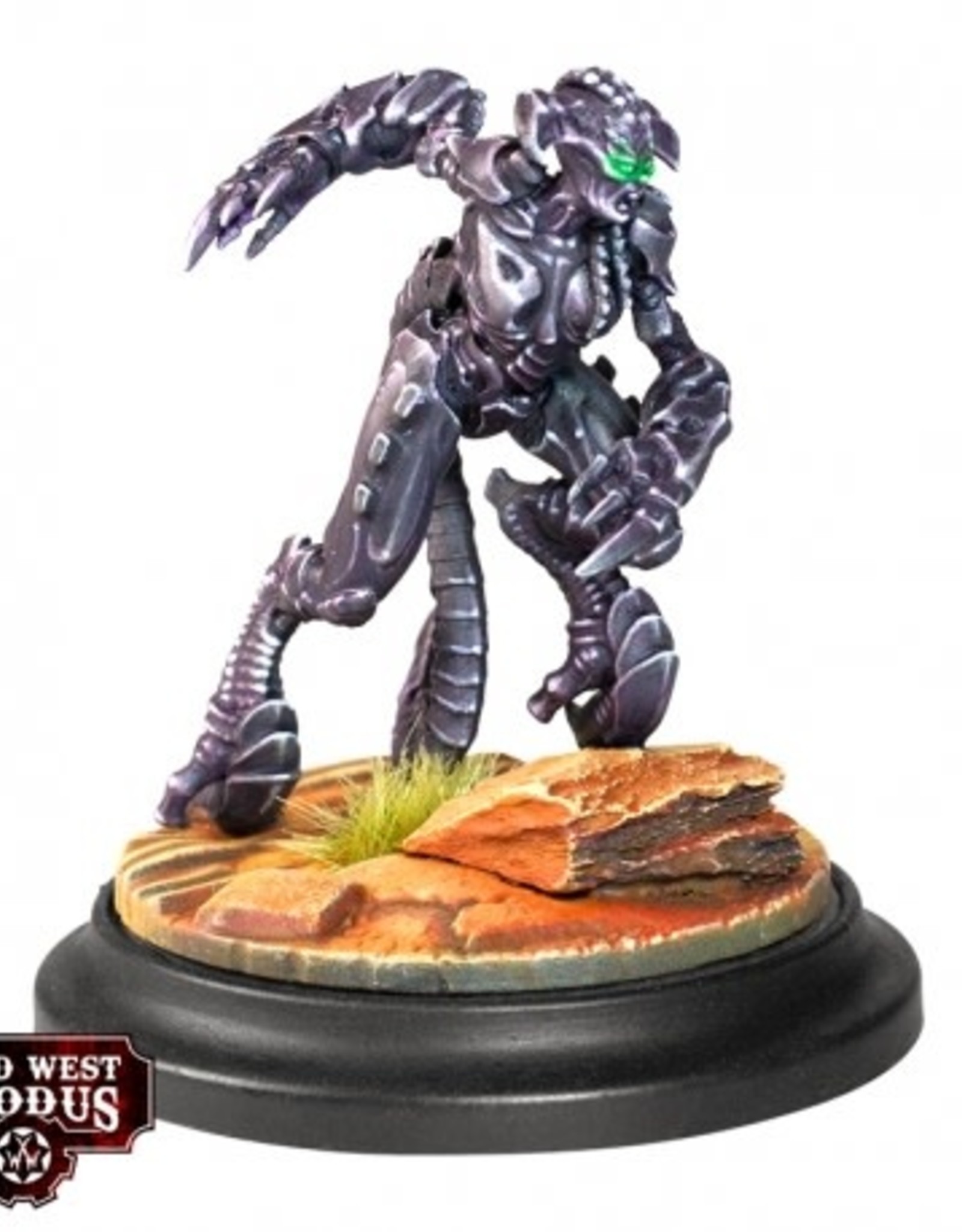 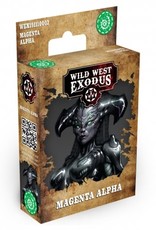 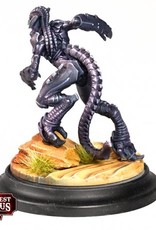 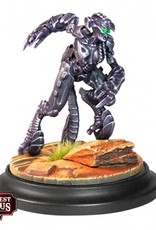 The race that eventually became the Magenta was an apex predator on their homeworld. The Magenta naturally evolved the means to stalk, chase and run down prey much larger than themselves and a strong pack mentality increased their effectiveness ten-fold. Once the Magenta reached space flight they were welcomed into the Watcher Hegemony, their natural weapons, speed, strength and agility making them ideal at spearheading assaults. The Magenta Alpha is a prime example of the species and is further augmented to increase their physical prowess beyond natural limits. When a mission calls for overwhelming physical force, the Magenta will be employed to overrun enemy positions before they even know they are under attack. She will then disengage and disappear before striking from a different direction or going to ground until the time is right. The Magenta Alpha is heavily invested in the Watcher's mission to seek out the Hex and Order influence on humanity and eradicate any trace of it. Based on targets identified by Cerulean infiltrators, the Magenta Alpha leads fast and lethal strikes. In close combat she has few equals, her Bladed Gauntlets slice effortlessly through her enemies and her speed ensures that she is already moving onto her next target, whilst the previous die in startled ignorance. The Magenta Alpha kit builds one multi-part resin miniature; 1x Magenta Alpha 1x Base