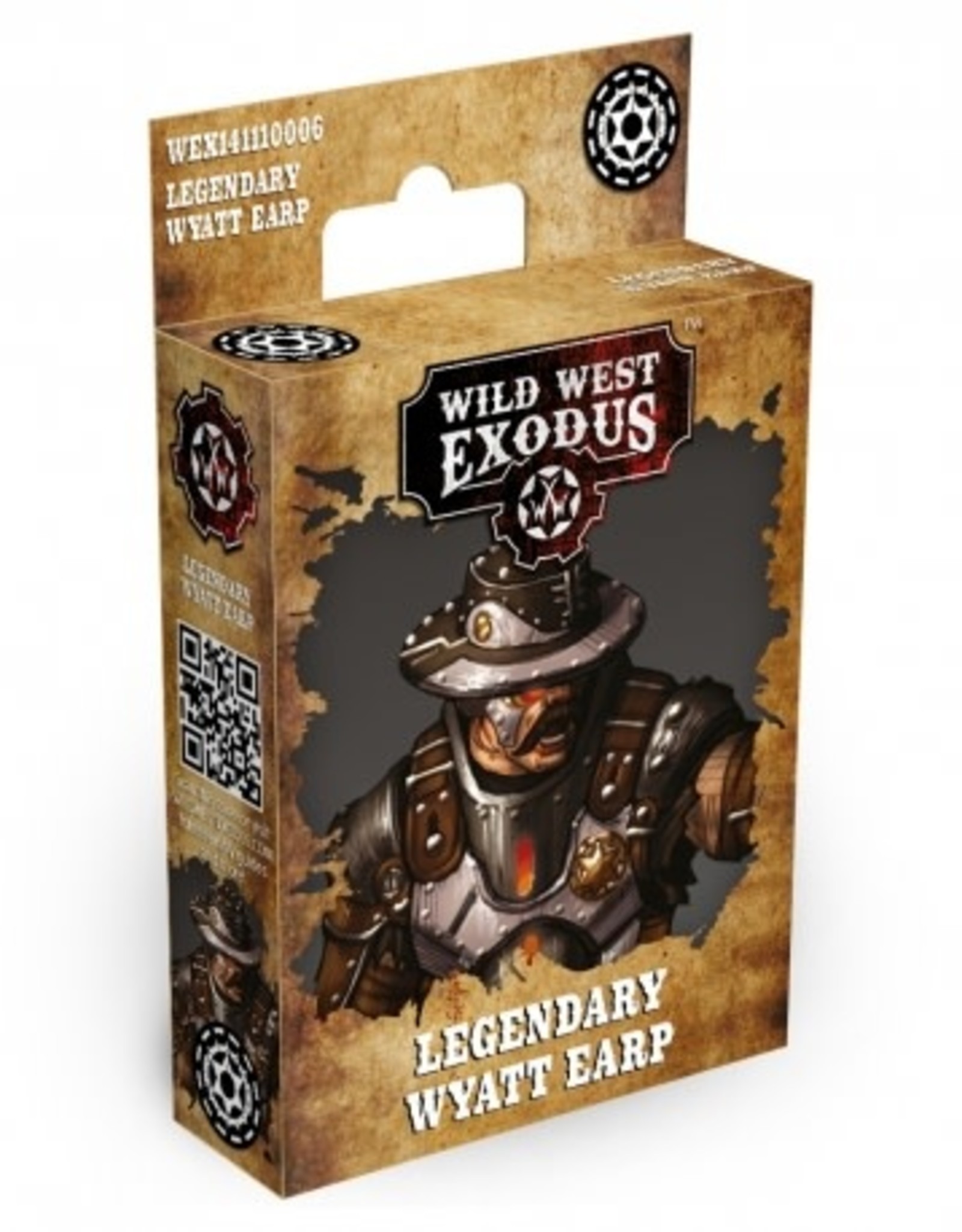 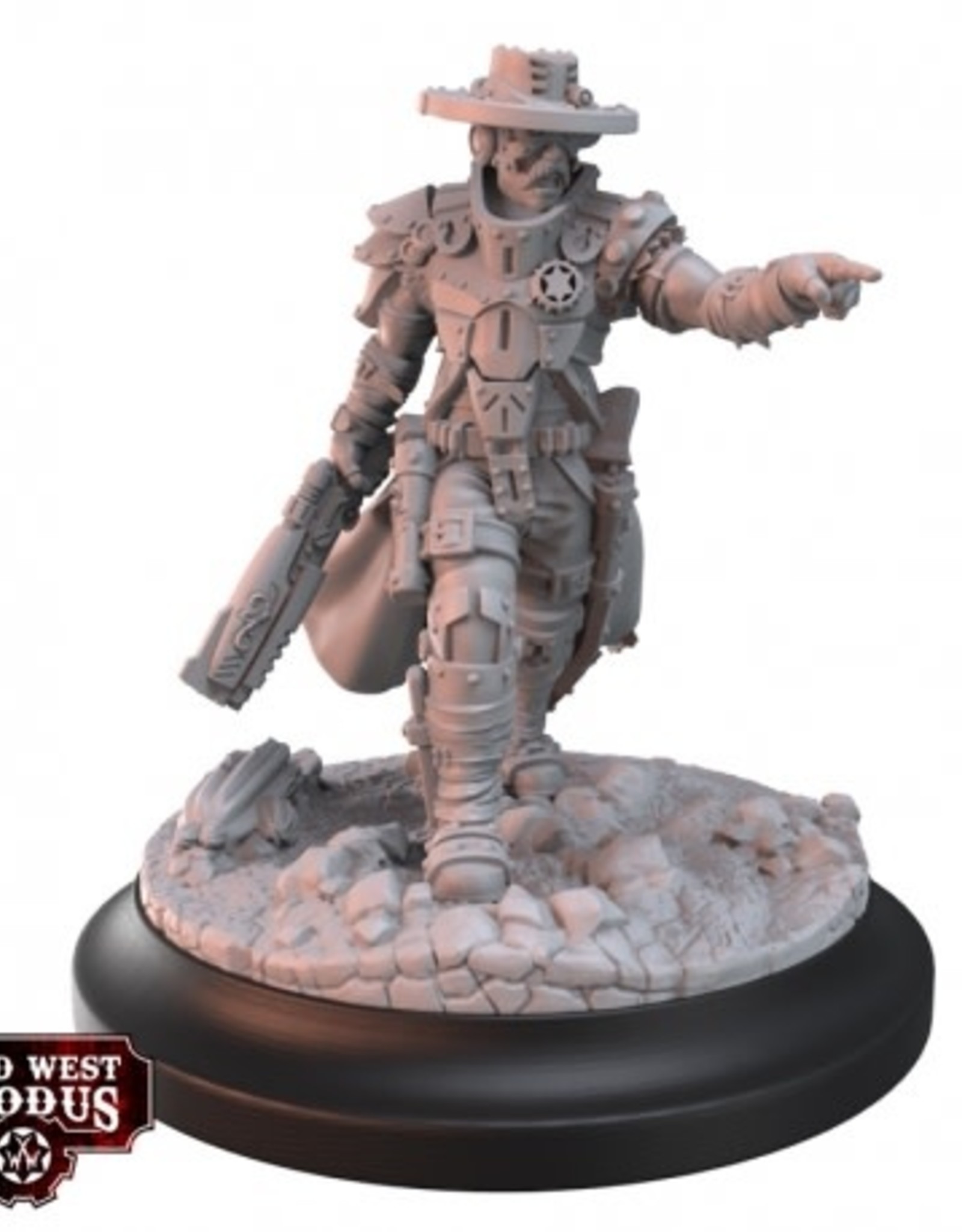 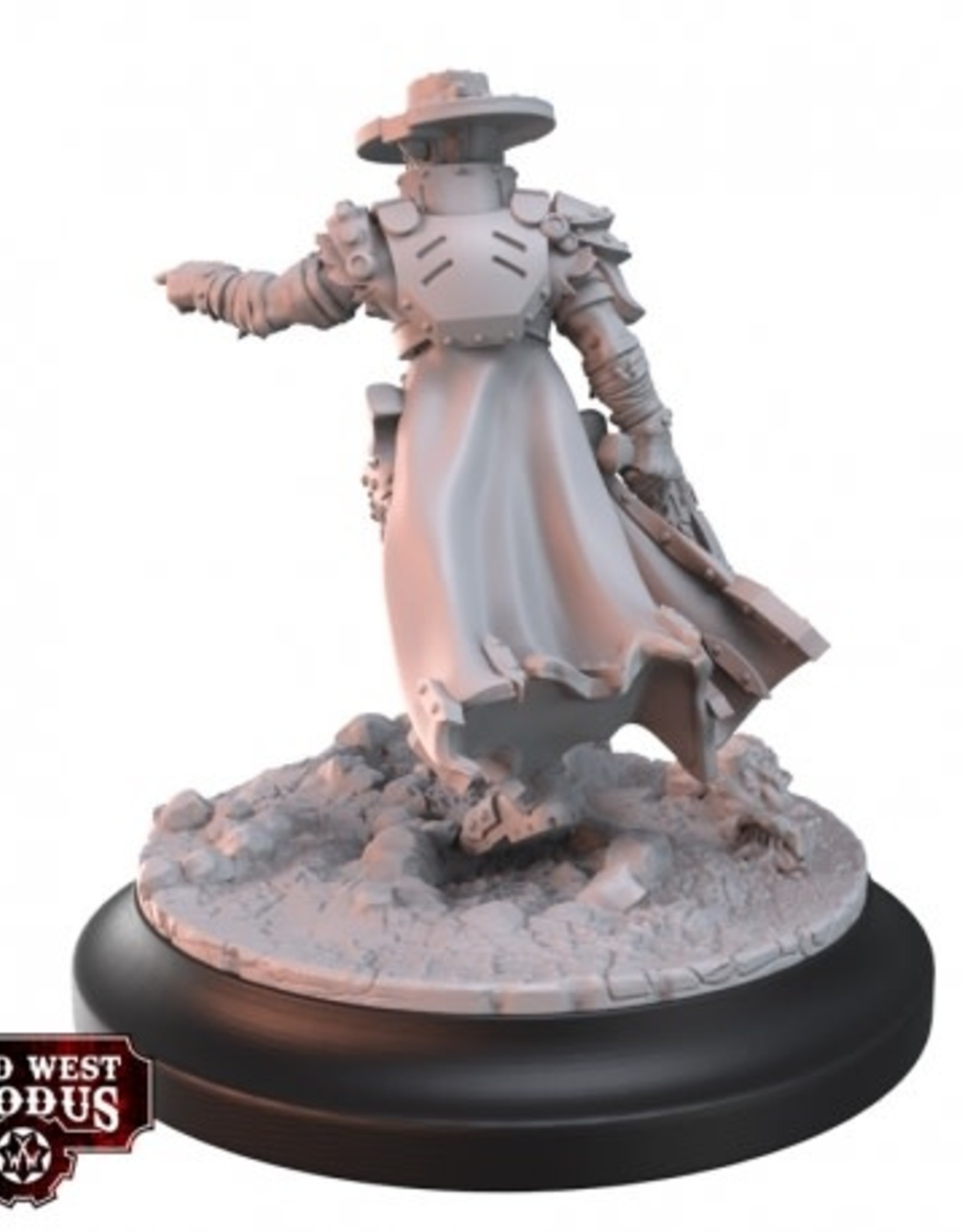 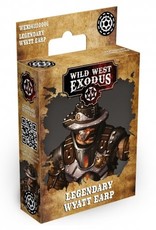 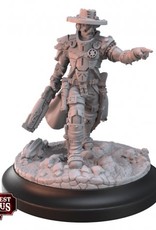 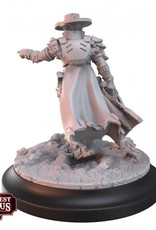 Wyatt Earp, High Marshal of the Arizona Territories, is an imposing man. Well over six feet in height, with what could best be called an 'intimidating' presence, he is taciturn and hard to extract information from. When he gives up his words, he is startlingly eloquent and his belief in dispensing justice is without question. Wyatt Earp has made it his duty to serve and protect the people of the Union of Federated States from threats that might intrude upon their daily lives. Laudable though this goal may be, it has nonetheless earned Earp few friends and countless more enemies. His immediate family has suffered numerous personal tragedies at the hands of the lawless. Only his closest friends are able to permeate the iron-clad demeanour he maintains and there are but few who can offer support and succour to the undoubtedly lonely man that must lie within the legend. Wyatt Earp continues to heft his trusty shotgun whilst striding out to the clink of spurs, ready to dispense justice. He is rightly feared by those he faces in the city of Tombstone, or further afield because he brings hell with him. The Legendary Wyatt Earp kit builds one multi-part resin miniature; 1x Legendary Wyatt Earp 2x Head options 1x Base