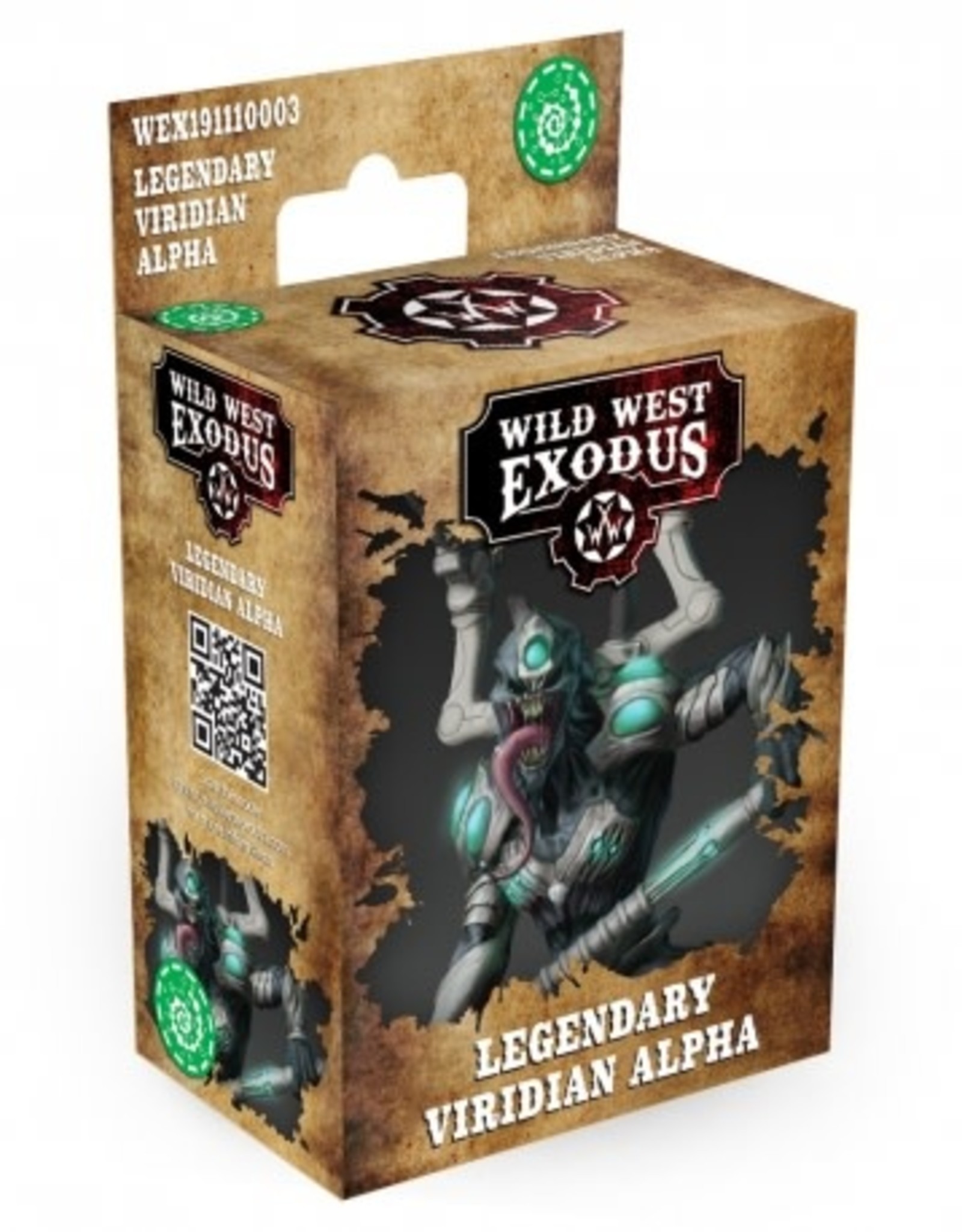 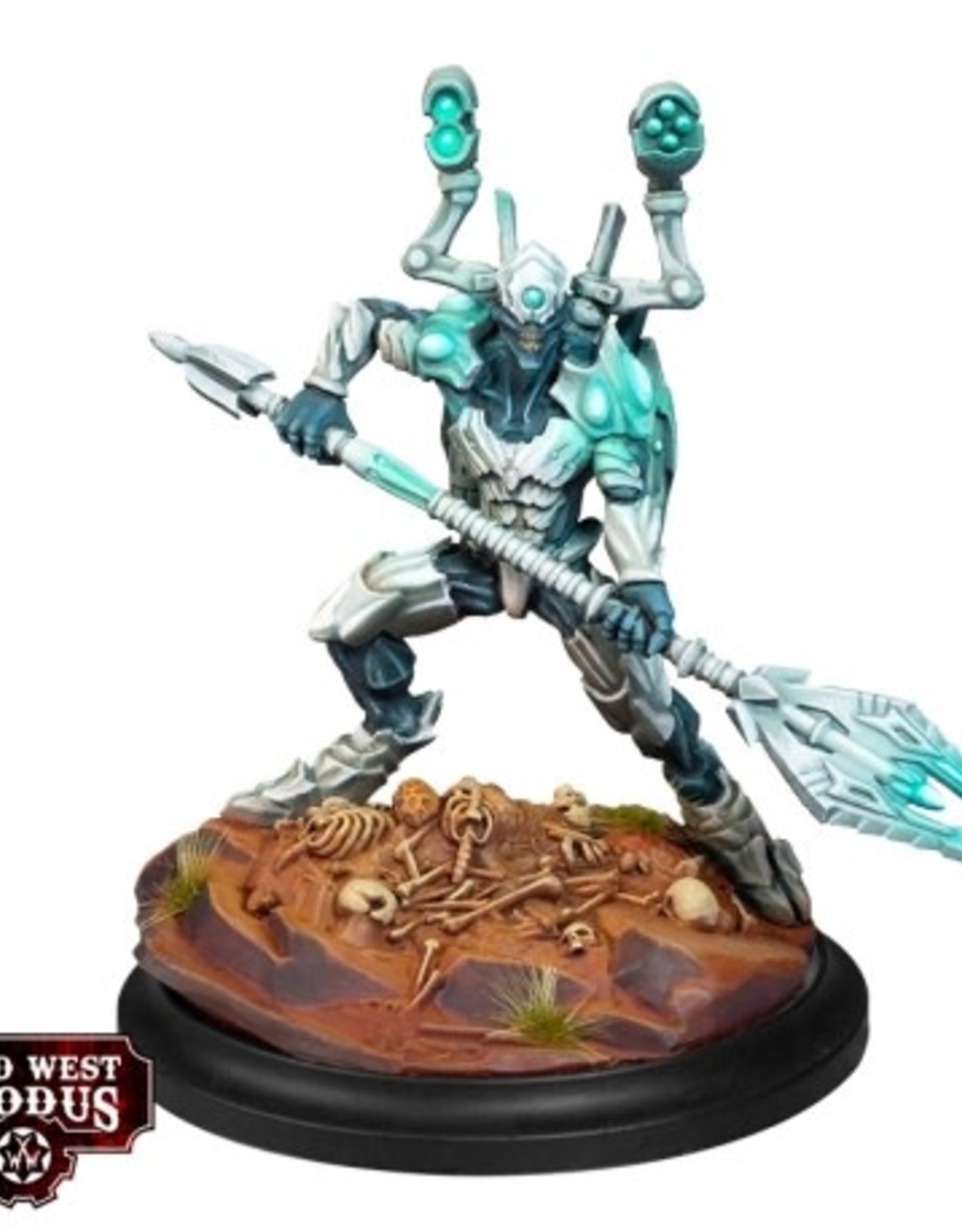 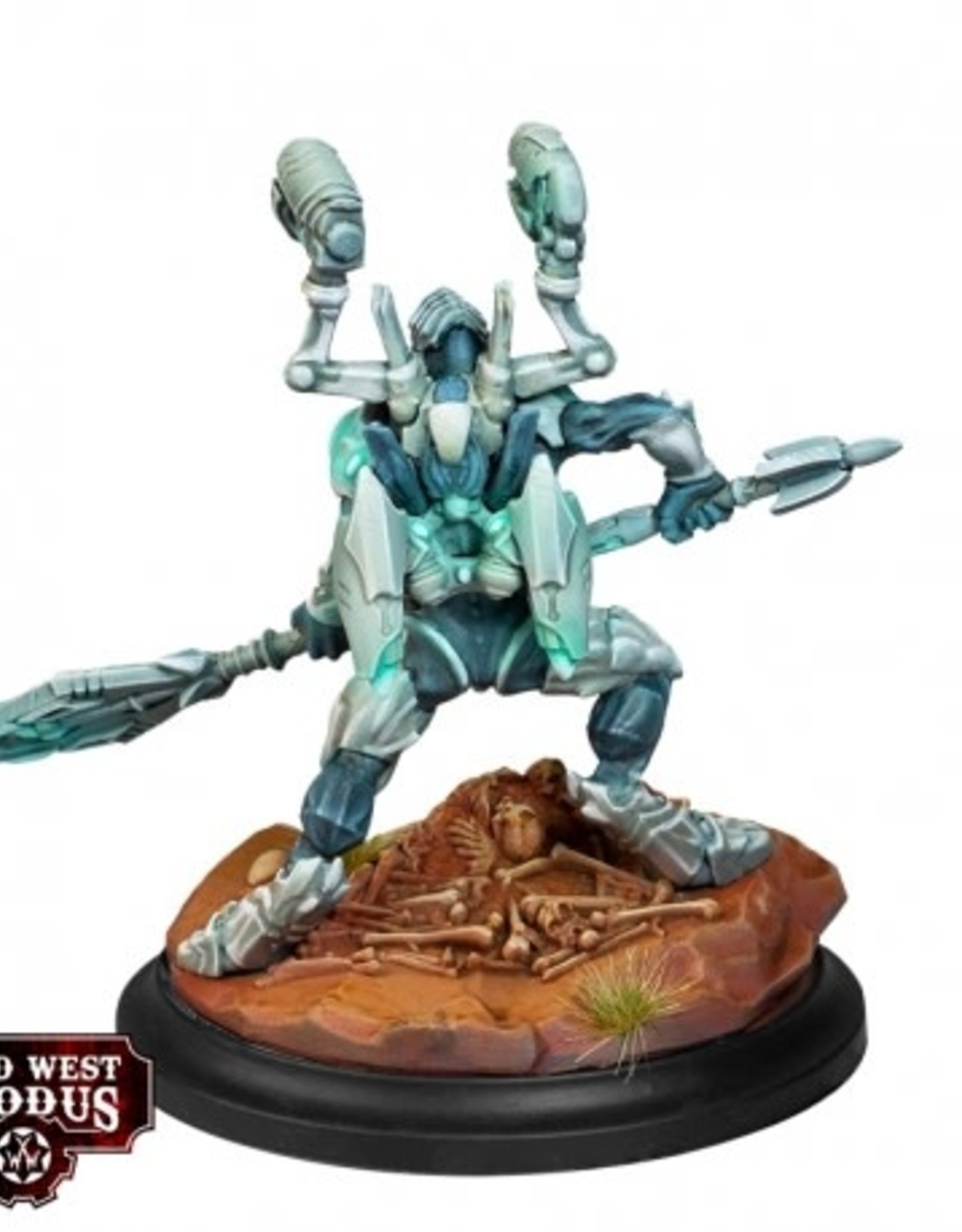 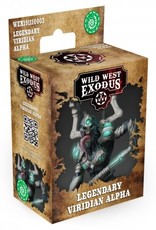 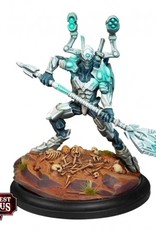 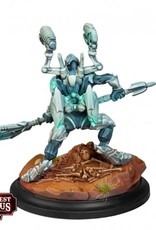 The Viridian have been at the forefront of Watcher Hegemony incursions across the galaxy for millennia. Though the Watchers take pains to leave no witnesses to their involvement in the shaping of sentient life, their likeness is captured in the crudely drawn cave paintings, diagrams from ancient manuscripts, petrified wood carvings and any other number of ancient records preserved for prosperity and displayed within museums or held as research material for universities on a number of worlds. On Earth their species has become known as the Locusts. The Viridian Alpha is larger than its more numerous Locust kin. Its powerfully muscled frame is covered with a gnarled hide complemented with additional armour plates that incorporate various alien devices and defensive systems. It wields the Viridian Staff, a symbol of office and deadly weapon able to cleave a man in twain with a single blow. Mounted on the Viridian Alpha’s shoulders is a Reaper Array sporting two independently targeting energy weapons of terrible power. The Watcher’s situation on Earth is dire. They have no contact with the greater Watcher Hegemony after the closure of their gate and as their plight grows raids against humanity become more numerous as materials are gathered and possible threats eliminated. Posses find themselves faced with a new threat as the alien invaders are encountered more frequently and their presence more brazen. The Viridian Alpha is quite the match for anything a group of weak and feeble humans might throw at him. To complicate matters further he often leads his Viridian Clade who harry their enemies on the ground and from the air. Those who have glimpsed the Viridian Alpha and been lucky enough to tell the tale have devised a number of colourful monikers for him, many of which would not be repeated in polite society. The Viridian Alpha has ultimate responsibility and control over the martial forces of the Hegemony on Earth. This is a role for which he has been created, a process of genetic manipulation that has refined him into a formidable warrior and tactical genius. While he may not have the flexibility and creativity of humans (two of the attributes that have caused the Hegemony to notice Humans in the first place) his understanding of warfare is second to none and while the strikes and feints of the Watchers may seem random they are always part of a larger strategy. The Legendary Viridian Alpha kit builds one multi-part resin miniature; 1x Legendary Viridian Alpha 1x Base