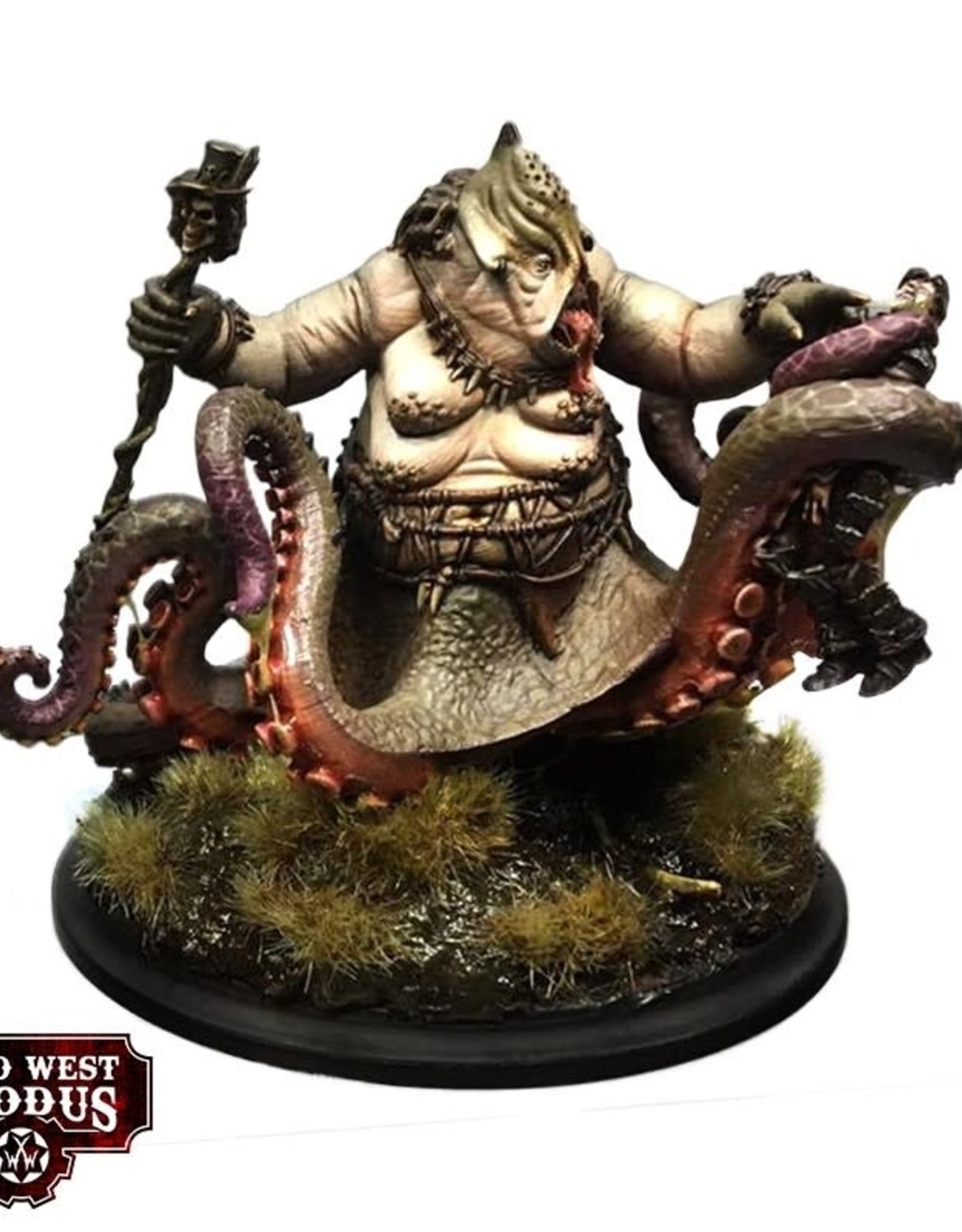 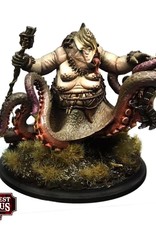 To the world at large, Marie Laveau is Queen of the Bayou and Vodun priestess to all of New Orleans. Believed to be the latest in a long line of women whose lineage stretches back into the mists of time, even in an age of scepticism and science, her powers defy understanding or explanation. Chanting to dark spirits she dances lewdly while waving her fetish staff and seeds the ground with ingredients taken from the pouches hitched to her belt or strapped about her person on leather thongs. In this way is she able to manifest bolts of corrupt energy, control the beasts of the dark places or summon spectral creatures to do her bidding.

This is all for show. Marie Laveau is an invention, a glamour used to cloud the eyes of man from the true horror that crawls across the land behind beguiling magics. In truth, the woman known as Marie Laveau has no name that mortal tongues can pronounce. She is a monster, a grotesque aberration. She has dwelled in the Louisiana bayous for as long as they have been and they are her fiefdom.
As part of the Dark Council, Marie Laveau is invigorated by the power of the Hex, something she passes off as “Voodoo Magick” and is the oldest servant of the stygian fragment of the Hex in the Americas. She has seen members come and go, she has even had a hand in removing some personally, most notoriously the Dark Shepherdess whose monuments can still be found in the wilds of the Disputed Territories. As such she is considered the senior member and her judgement is deferred to in any situation where the Council members cannot reach a unanimous decision. This gives her a disproportionate amount of influence on the direction of the Hex’s plans. Whether she was once human and her extended exposure to the pure energies of the Hex have turned her into the creature she is now or whether she is something altogether more sinister, only she knows for certain.

While abroad, Marie Laveau dons her glamour to bewitch and beguile the men and women she has dealings with. None can see past her deception as her magic is strong though there are those of sufficient wit or power that may see not the shadow of a beautiful woman thrown out by fire or moonlight but the writhing tentacles of her true form. In recent years Marie has had dealings with the Confederate Rebellion, aiding them when their goals have aligned. Though the rebels do not appreciate her true nature or form.

In battle Marie appears far stronger than the average woman, hitting harder than her slight frame suggests and crossing even the most treacherous ground with ease. Combined with her “magick” she is a formidable foe but should even this not be enough for her to prevail she will throw off her glamour and bring her full power to bear. Once revealed and free from the drain on her concentration maintaining her falsehood requires, Marie is a beast. Larger and stronger than any man she clambers over obstacles on her six tentacles, wrapping her enemies in their embrace and crushing the life from their bodies or hurling them into the air. Spitting curses in some unknowable tongue she withers men to dust where they stand or sees them consumed by vermin that seemingly crawl from thin air to engulf them.

When holding court in her bayou Marie is another person altogether as if the bestial creature that breaks men so contemptuously is but another glamour of hers. Here she is a tender and kindly figure to the swamp peoples of Louisiana. She is sage and midwife, mother and patron to those who share her homeland. She does not wear her glamour whilst on her home soil, the people she walks amongst knowing and loving her despite her appearance. With the same arms and tentacles, she would wring the life from a mortal soldier she cradles the children and newborn of the swamplands. Family means much to Marie Laveau for she has nurtured her people since they first arrived in her lands and she is never more terrible than when they are threatened. It is for that reason that the Union has not made a more concerted effort to move into her territories though they do not know the true nature of the forces that sabotage their forward posts or leave their pioneer forts little more than stinking charnel houses.