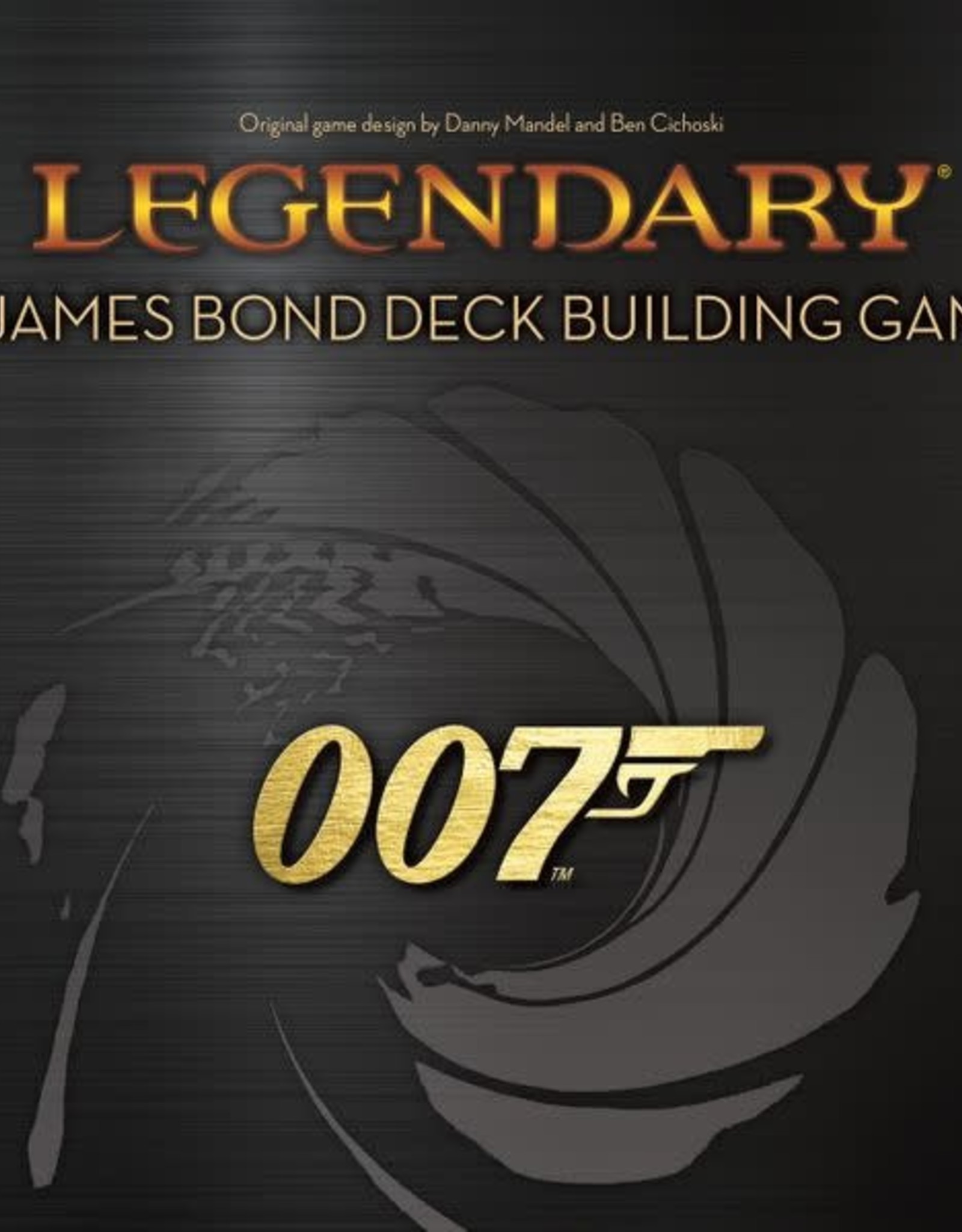 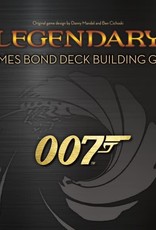 Welcome to Legendary: James Bond 007! In this game 1-5 players can play four classic Bond movies: Goldfinger, The Man With The Golden Gun, GoldenEye, or Casino Royale. Can you foil Operation: Grand Slam and end Goldfinger’s plot to contaminate the gold supply of the United States? Do you have the steely nerve to best Le Chiffre in the high-stakes poker tournament at Casino Royale? In this game the players are in control. The fate of the world is up to you. You can fight against the forces of evil by yourself or gather a cadre of up to four friends. Defeat the evil Masterminds as they lead powerful Villains in an attempt to complete their Schemes to gain power and world dominance!

Game Summary
Each player starts with their own deck of basic starting cards. At the start of your turn, play the top card of the Villain Deck which allows Villains and Missions to enter “On Assignment”, acquire Gadgets, and wreak havoc on the players in other nefarious ways. Then play Hero cards from your hand to generate Attack, Recruit Points, and special abilities. You use Attack to defeat your enemies. You use Recruit Points to recruit more powerful Heroes from “Q Branch” for your deck. Whenever your deck runs out of cards, shuffle your discard pile to make a new deck, including all the new Heroes you recruited. This way your deck gets stronger and stronger over time. Build up enough power, and you can defeat the Mastermind! But be careful: If the players fail too many Missions, the Mastermind wins the game!