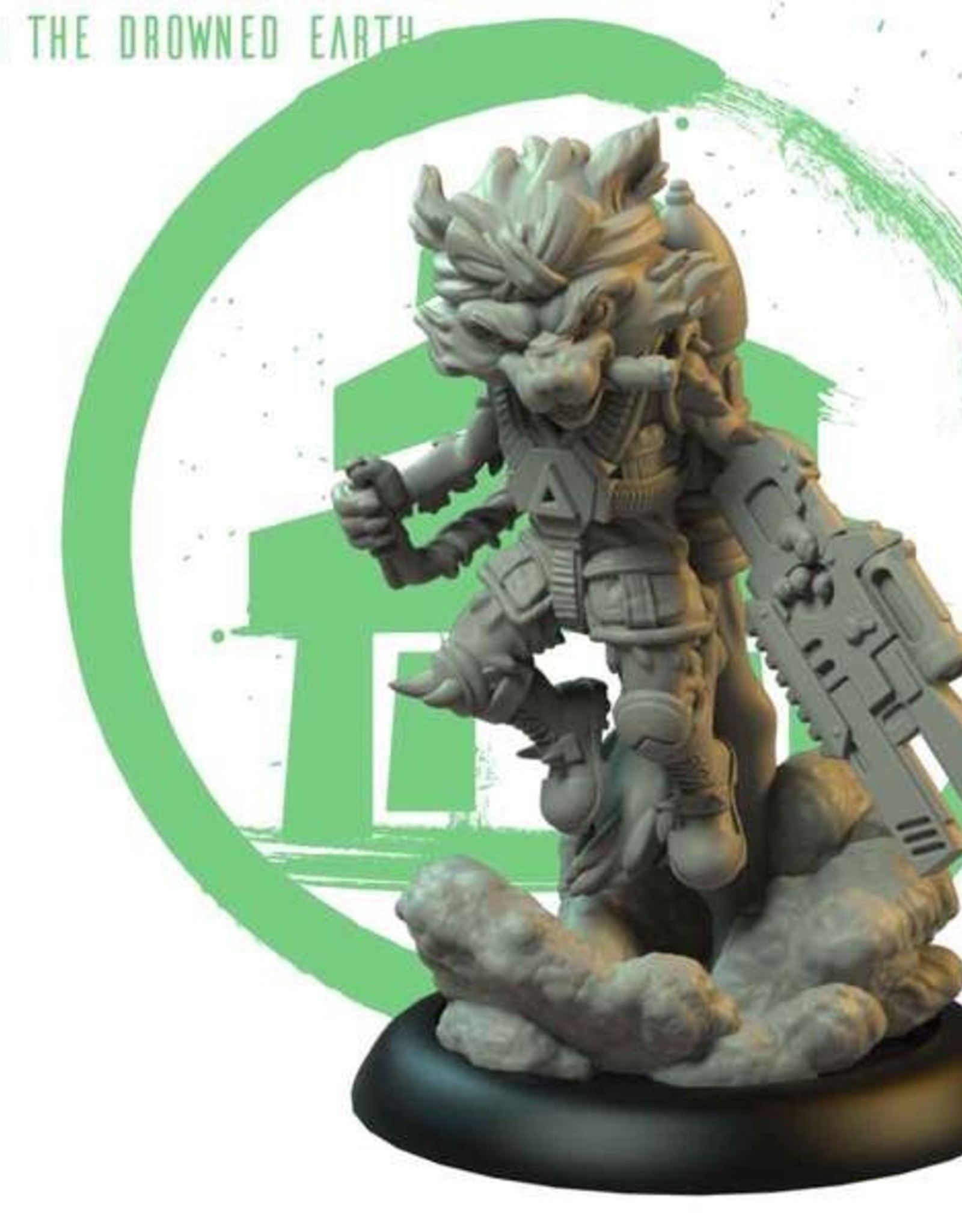 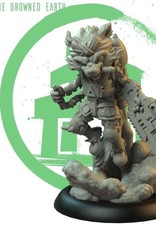 Kalen, Militia trickster. Panya Female. Renowned as traders and travelling mechanics, Ponya are not often found in fighting bands such as the Militia. However, Ulaya is a dangerous place, and those unwilling to protect themselves against its dangers soon find themselves victims of it. Kalen was born in to a trading caravan which roamed much of the Five Lakes District and The Wash. But the life of a merchant was never truly in her soul. Every time her family passed through Skyton she was awed by the casual cool of the town Militia, far more professional and better equipped than the town militias of most other places of similar size. Mischievous, adventurous and fearless, Kalen is something of a daredevil, favouring a rocket pack to aid her in leaping great distances, grabbing treasures or setting devious traps where necessary. However, the life of a soldier is a life of violence, and as a gentle soul, Kalen only kills as a last resort. Because of this, her favourite weapon is a large Glop Cannon, which fires a quick expanding, sticky substance which glues her enemies to the ground, slowing their movement until they fight their way out of the gluey mess. A valued member of the Militia Crew, Kalen is usually first to volunteer for any dangerous retrieval or scouting mission, and has been integral in the success of a number of Militia operations. Kalen, Militia trickster is a multi-part, lead free, metal miniature supplied with a 30mm plastic base.