Hour of the Wolf Posse Box 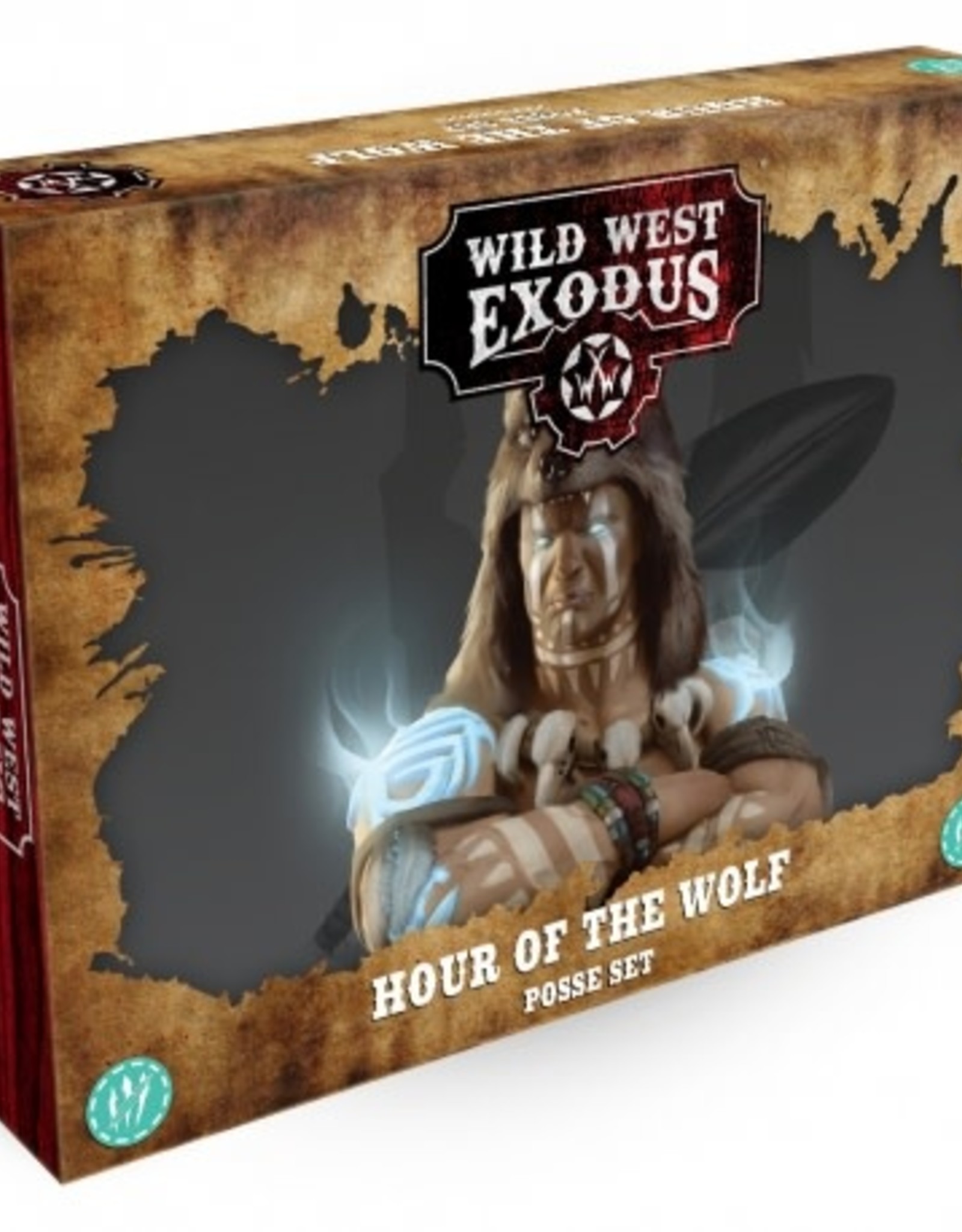 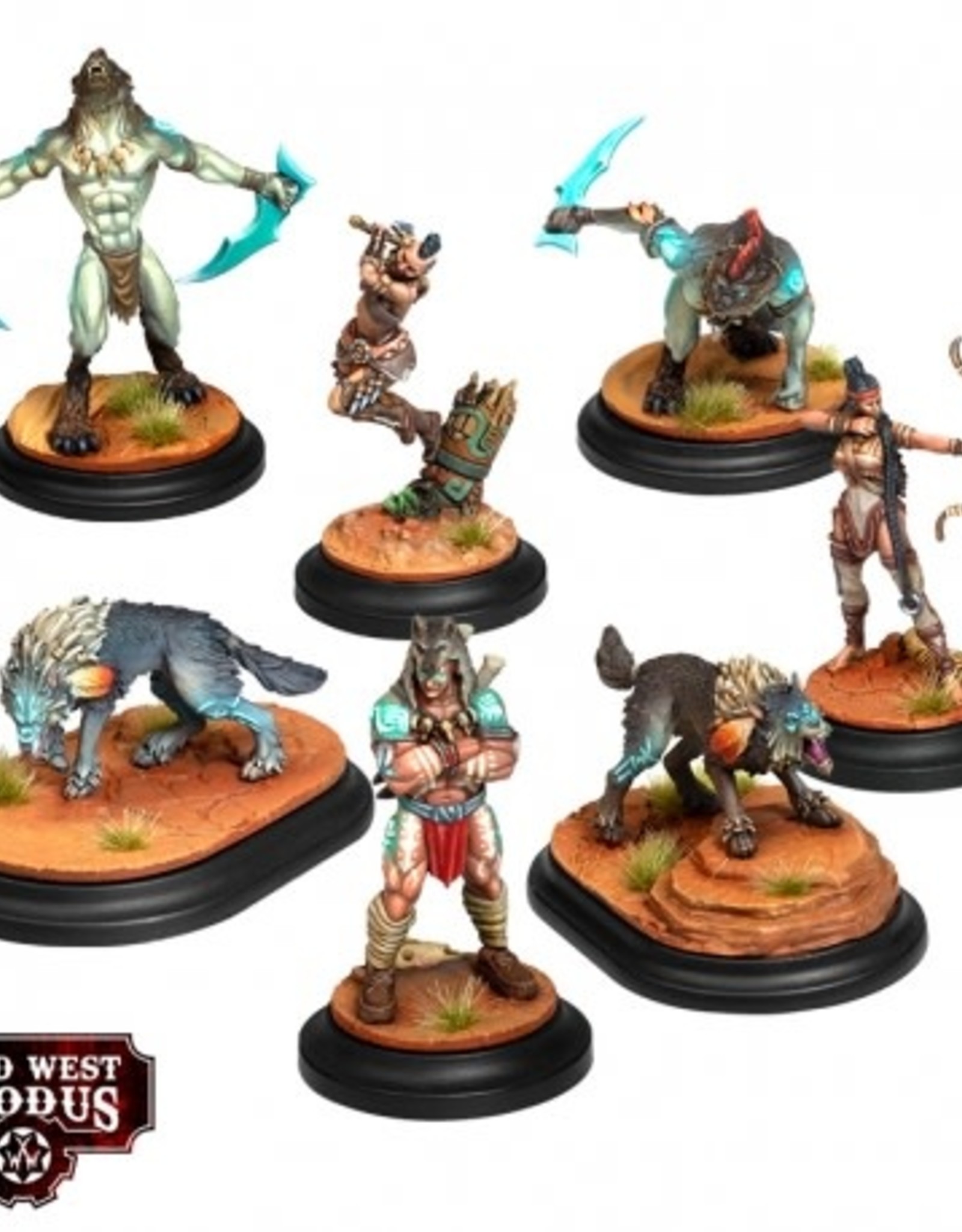 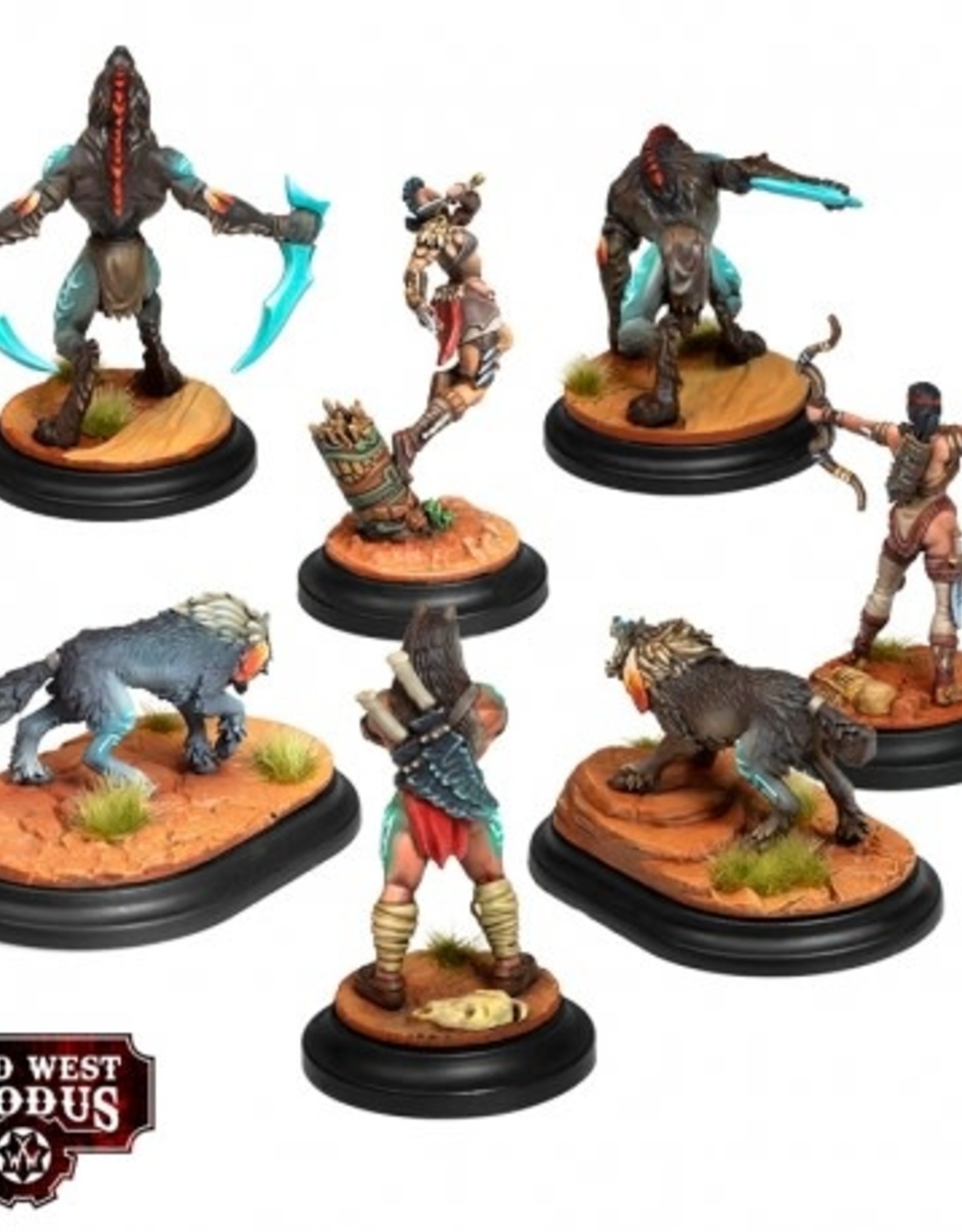 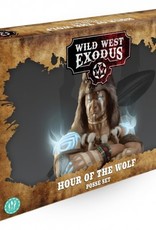 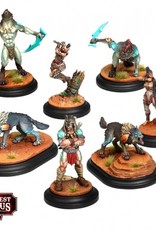 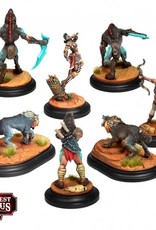 An honourable and gentle soul when at rest, Ghost Wolf is insightful and wise, fond of storytelling and enjoying the company of his extensive family. All too often he is roused to war and his talents are put to a more bloody purpose. Though a powerful Spirit Walker, Ghost Wolf often remains in his mortal form as the Warrior Nation has a great need for his leadership and tactical mind.The wolf within him calls to his kin and often he is always accompanied by a number of his brother wolves. These hunting wolves have been blessed by the Great Spirit to be larger and stronger than their kin as well as possessing more intelligence. They are as fast as the wind and their powerful jaws are potent allies. When they attack in a pack there is little that can stand against them. The wolf spirit ensures he is often accompanied by those Spirit Walkers of the Weylyn who can embrace the animal spirit and aid their chieftain. Ghost Wolf can always rely on the support of Hawkeye and Moonswift, two experienced warriors who are carving out their own legend within the Nation. Hawkeye is second to none with a bow, capable of hitting the eye of a running hare. With a kinship that approaches family, Moonswift is almost as fast as her Hunting Wolf brothers and sisters. Adept at channelling spirit energy, Moonswift is able to leap over her enemies and bury an axe in an exposed flank. The Hour of the Wolf Posse builds seven multi-part resin miniatures; 1x Ghost Wolf 1x Hawkeye 1x Moonswift 1x Weylyn Spirit Walker I 1x Weylyn Spirit Walker II 2x Hunting Wolves 7x Bases