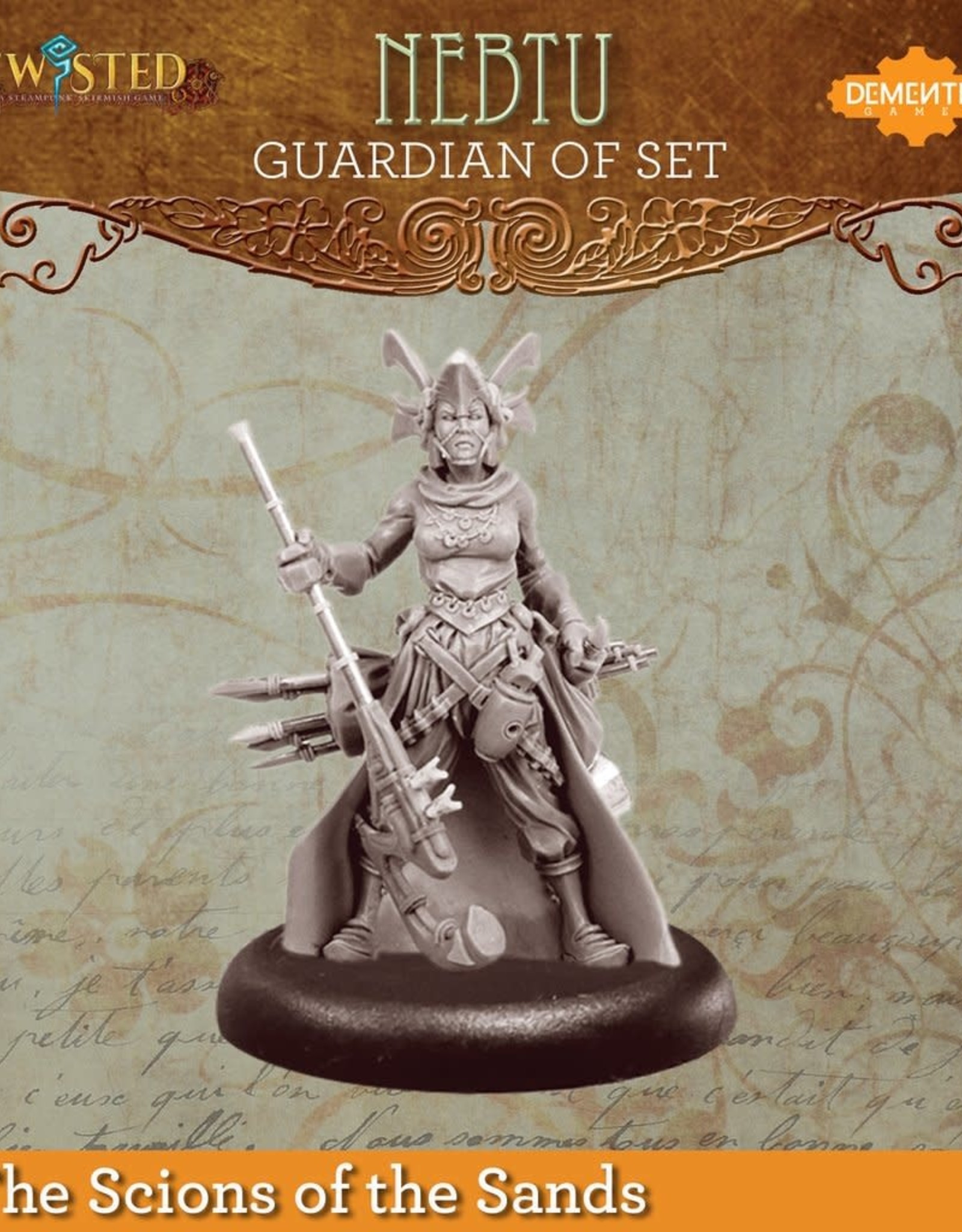 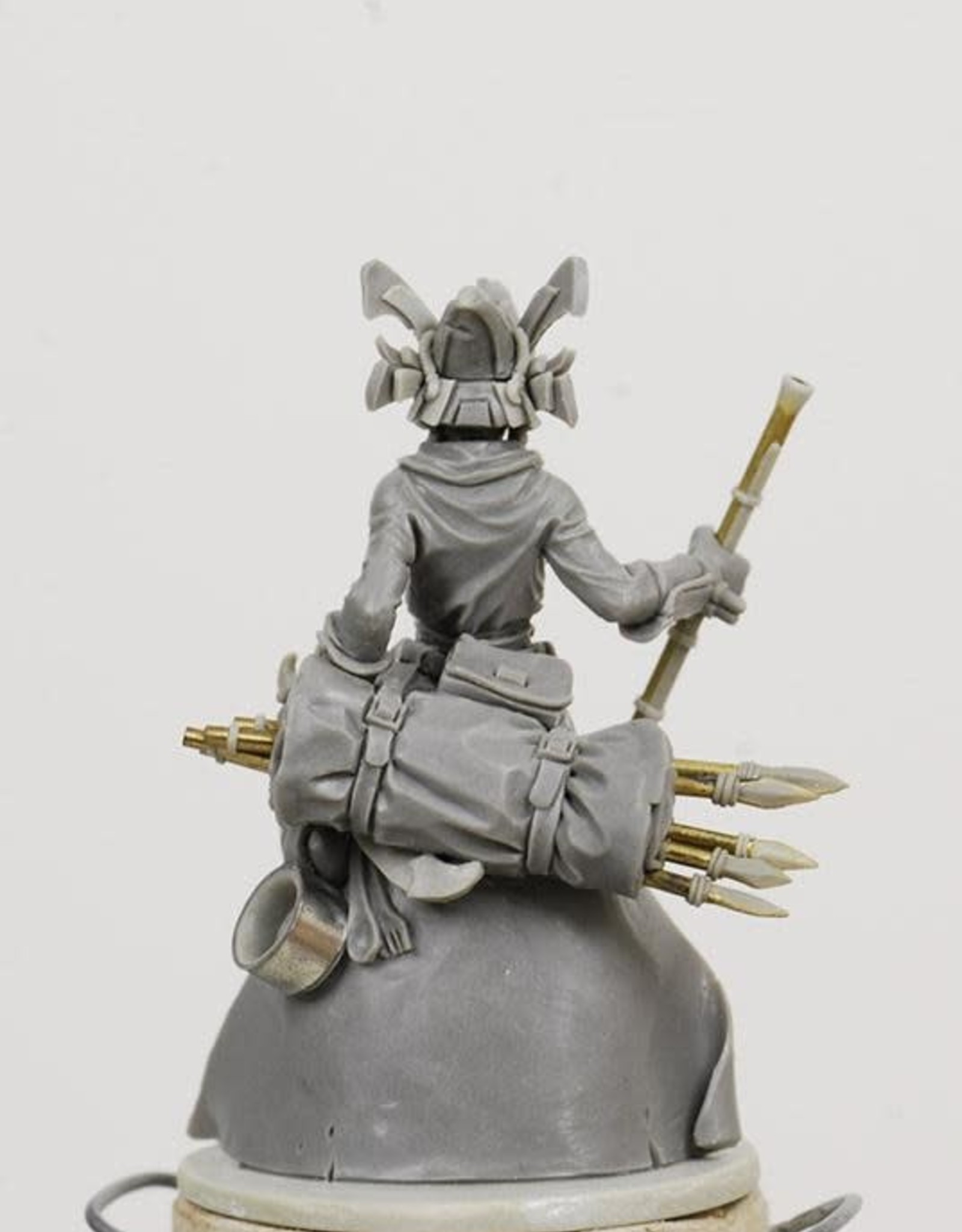 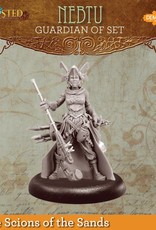 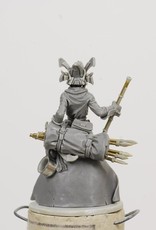 Once local workers employed by Carter, the Desert Guardians joined the worship of Set when the Avatar was brought forth. They revere Carter as a kind of prophet and obey his commands with a fanaticism that should not be underestimated. The Guardians of Set form the backbone of the Scions of Set fighting force. Whether in close combat or at range they are fast and deadly foes to those that oppose Carter’s plans. Nebtu the Nomad is a 32mm miniature sculpted by Stephane Camosseto. Miniatures come with Character and Activation cards for playing Twisted! Multi-part miniatures, sold unpainted and require assembly.