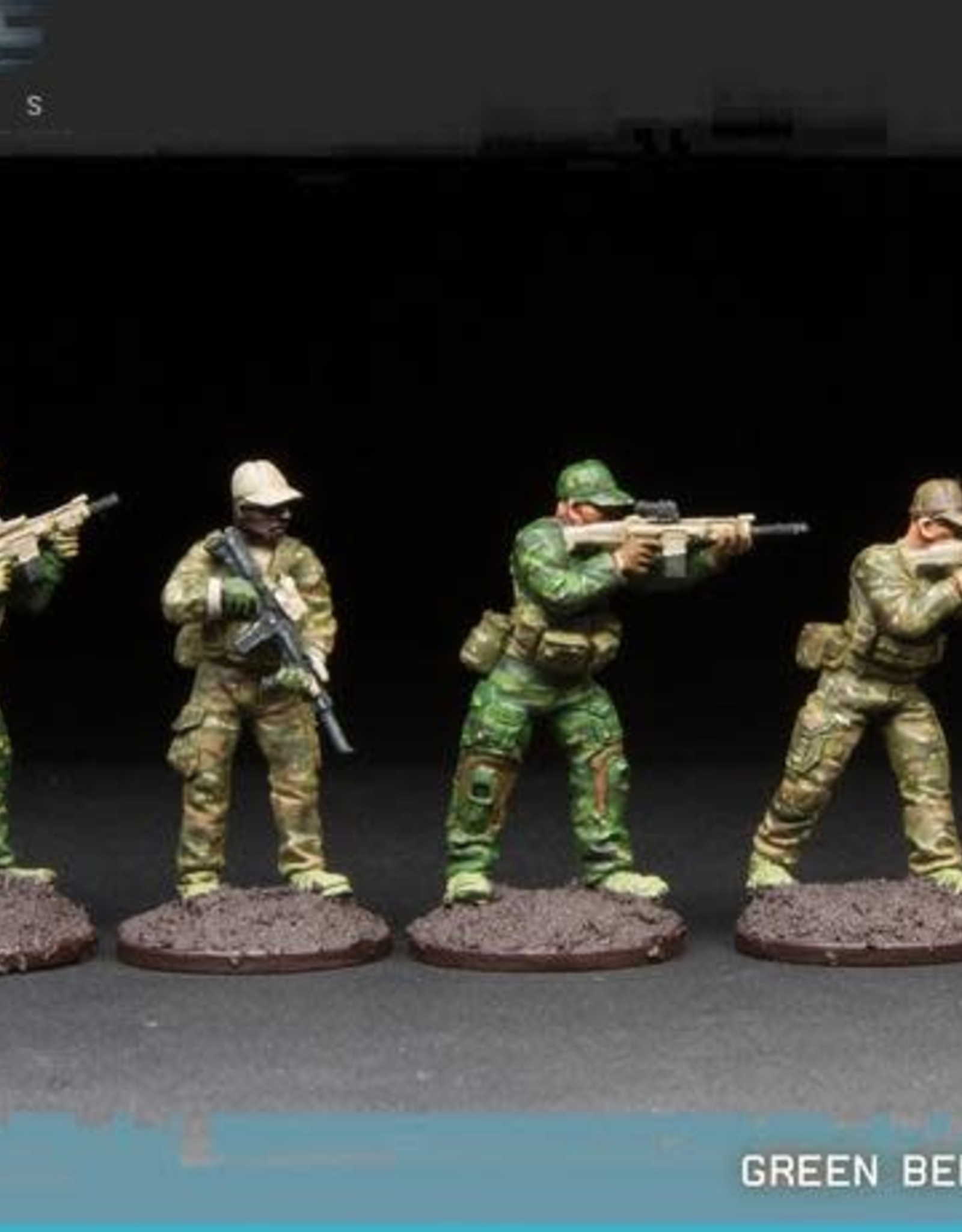 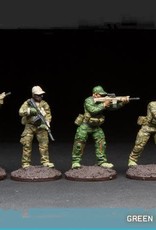 These models were made with close co-operation with actively serving Green Berets while on deployment in Central Africa. This 6-man Green Beret Jungle Ops Team represents one half of a 12-man Special Forces Operational Detachment Alpha or 'A-Team'. They are carrying light combat kit suitable for operating in a hot weather environment and are wearing a mixture of combat clothing including Crye Precision pants and baseball caps. They have in-ear comms, a mixture of lightweight chest rigs and battle belt carrying systems containing front-line gear; ammo, grenades, water, radios, and med kit. They are carrying a mix of M4 SOPMOD Block 2 carbines and SCAR Battle Rifles, all with red dot or x1/x4 switchable sights, tactical lights and lasers. The SCARs have additional back-up iron sights and the M4s have suppressors fitted. SCARs are sometimes preferred as the heavier bullet is less likely to deflect off foliage and can hit out to longer ranges in open terrain, as well as protection against large wild animals (!). M4s are carried for lightness and the ability to carry more ammo for the weight. Instead of pistols, they have decided to carry additional ammo for their primary weapons.