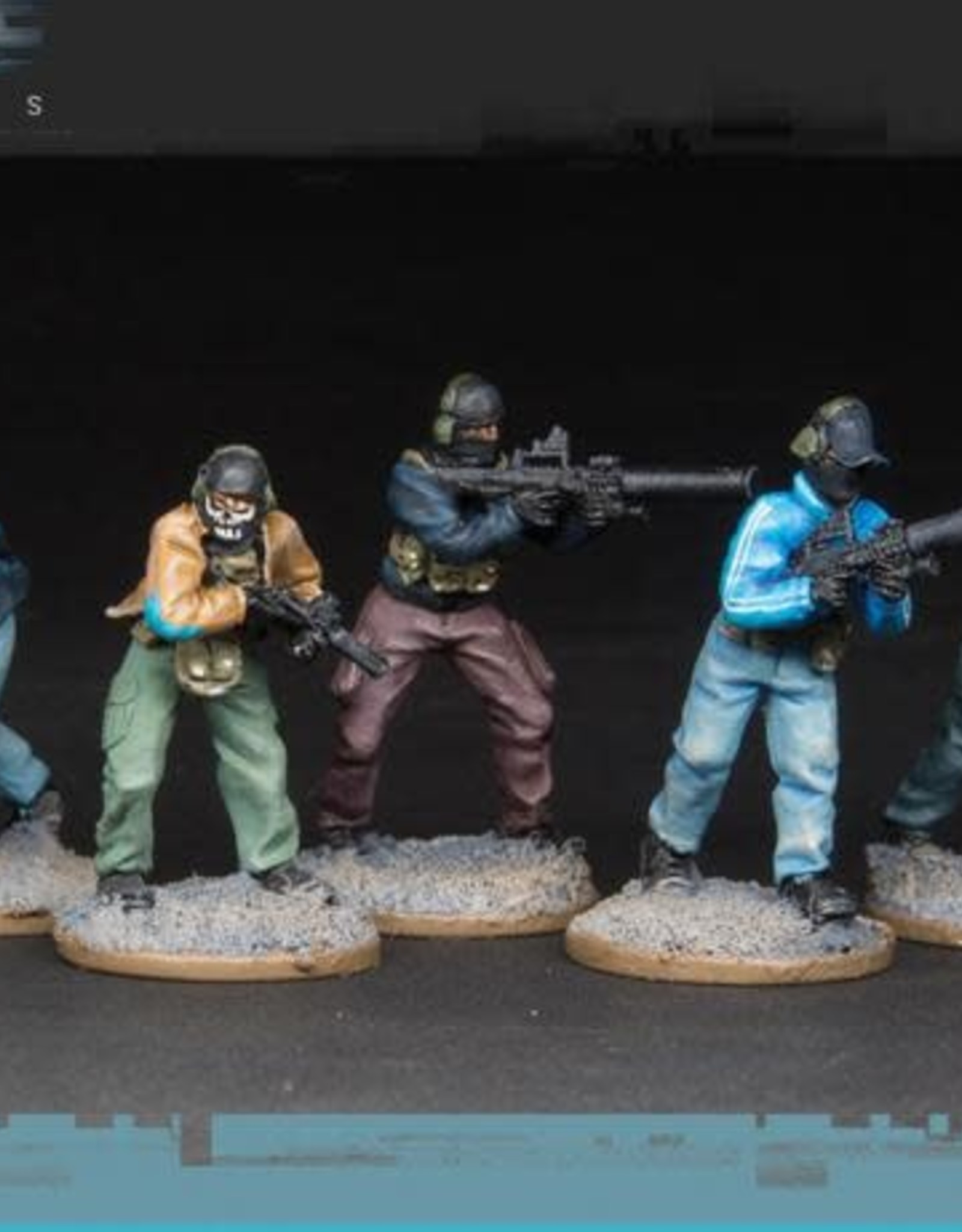 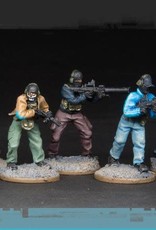 We have called this FSB Counter terrorism team a ‘Kill Team’ as they are using 50 calibre assault weapons. These weapons were developed at the request of the FSB to engage armoured targets or those in cover as they found they were dealing with increasingly heavily armed and armoured gangs and terrorist cells. The weapons fire special ammunition that can either penetrate heavy body armour or deliver massive stopping power. Four models are equipped with the ShAK-12 or ASh-12 heavy calibre bullpup assault rifle, which, because of the layout is a compact but rear-heavy weapon. The rifle is better balanced and more manageable with a suppressor, that limits the considerable flash and noise of the weapon. The suppressor fitted here is the long type, much reducing the signature and making the weapon suitable for urban combat out to 300m. Two models are equipped with the RSh-12 heavy caliber pistol, used for door breaching such as destroying locks, and engaging close-range targets. All the models in this set wear civilian style clothing, balaclavas and headsets with assault rigs containing spare ammunition, communications and grenades. These models represent elite, well equipped Russian operators and are great for a wide variety of urban scenarios in games of Spectre: Operations.