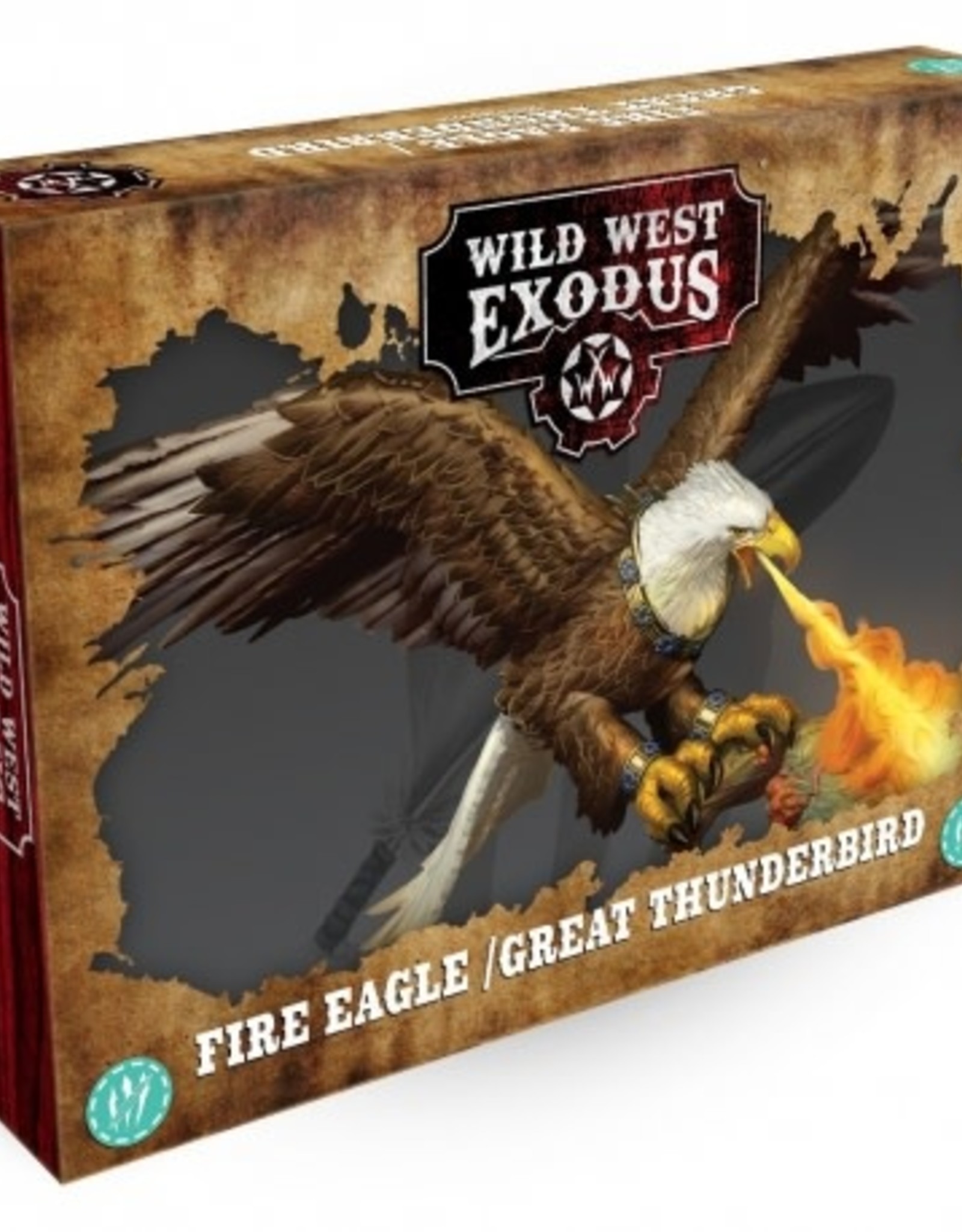 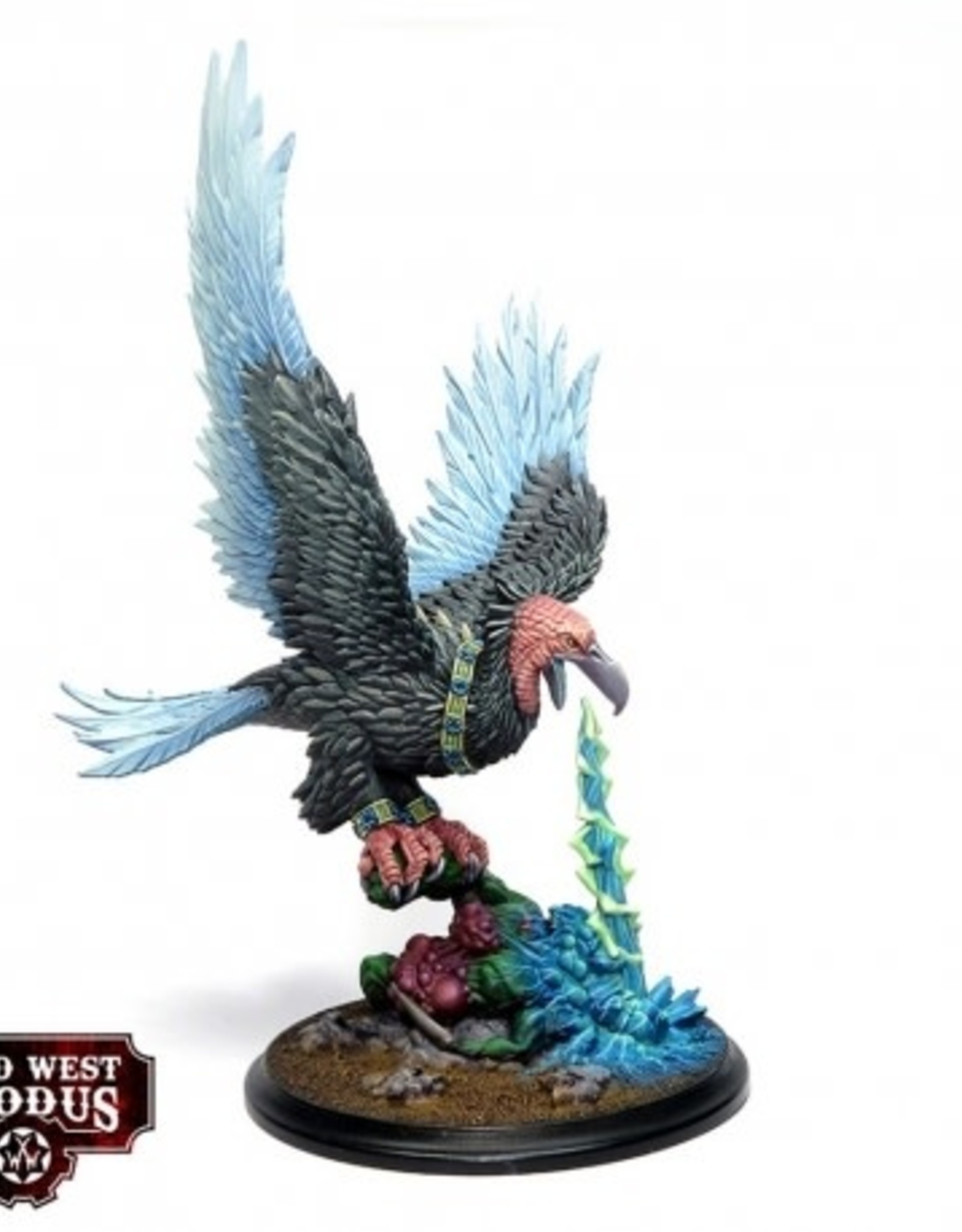 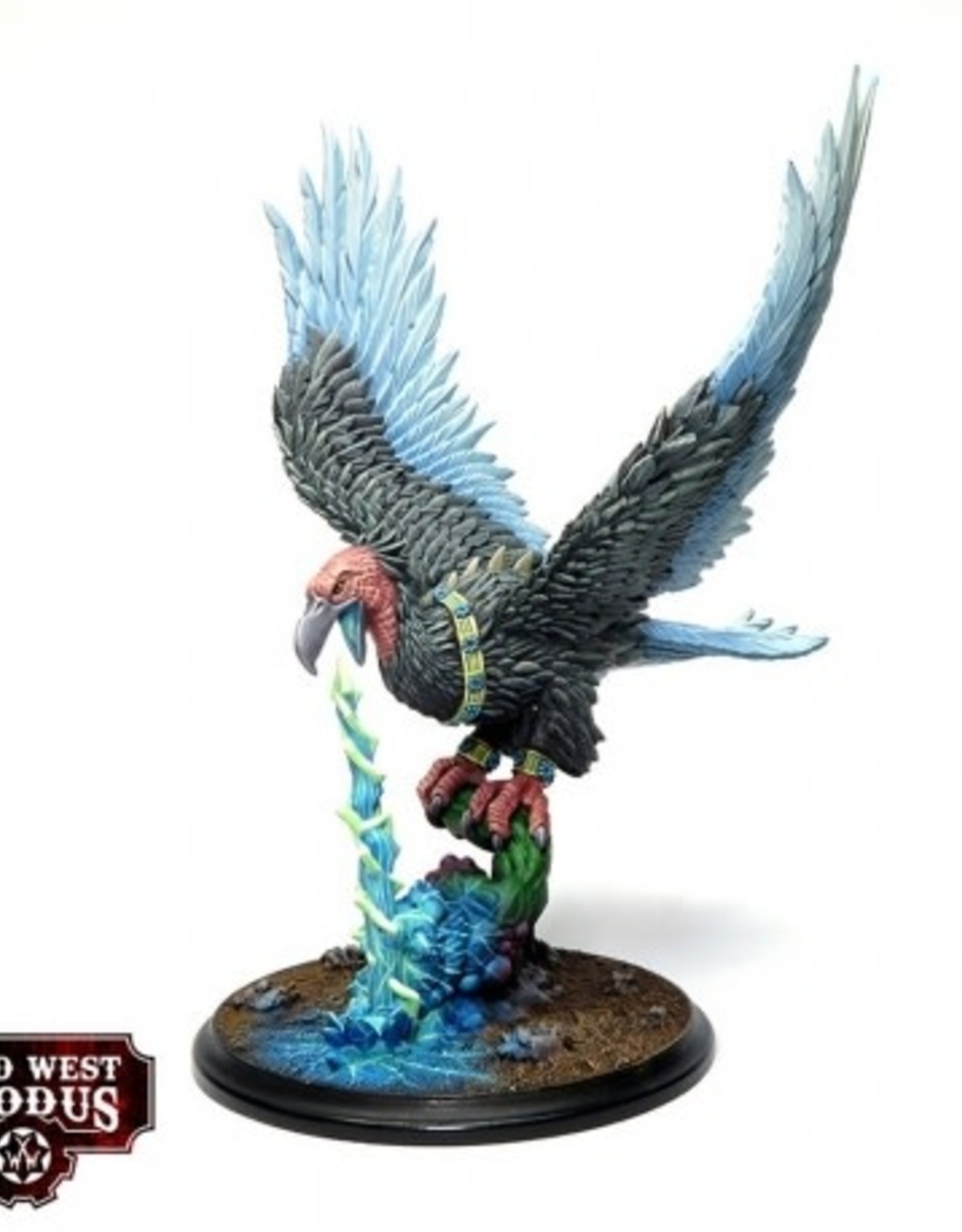 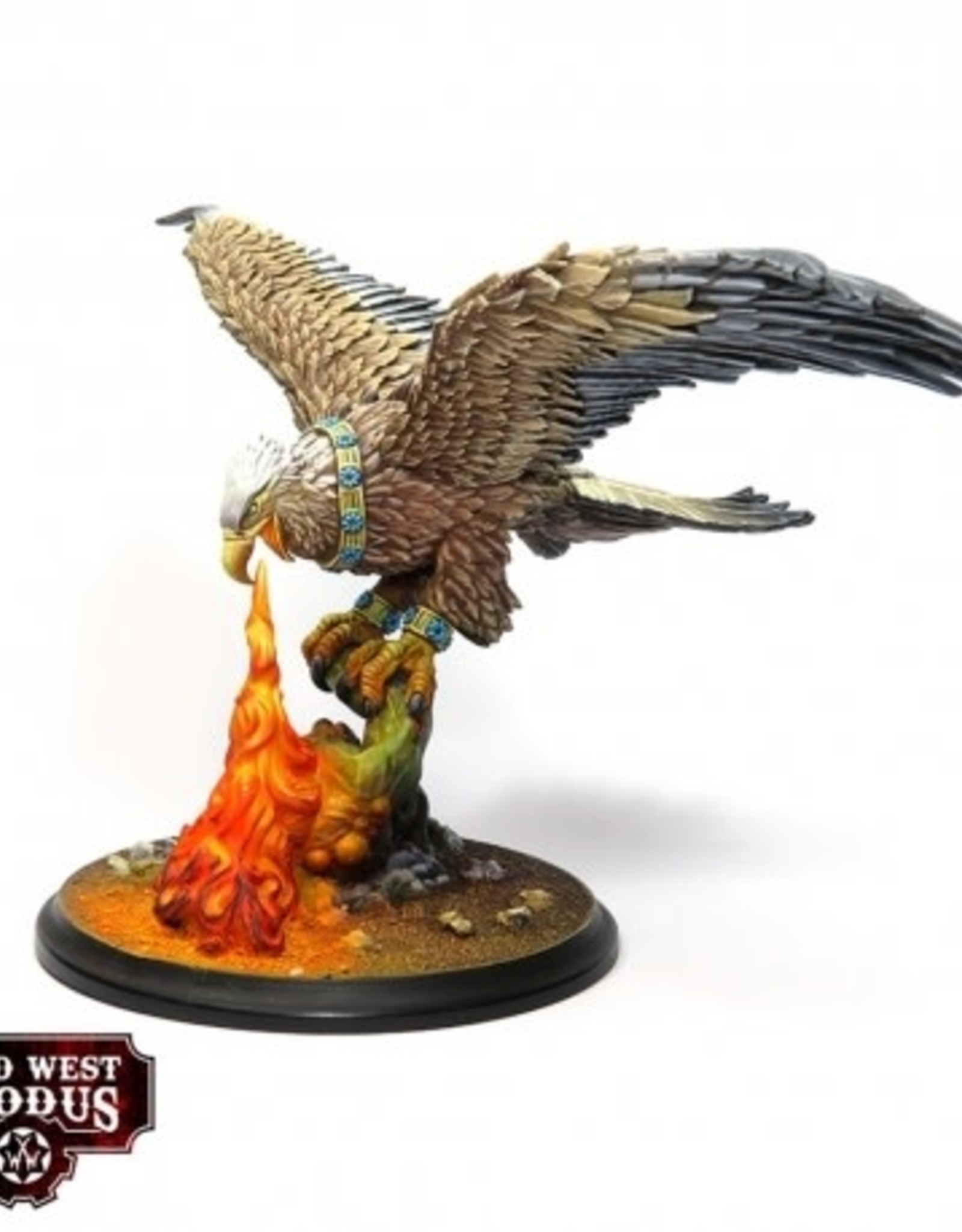 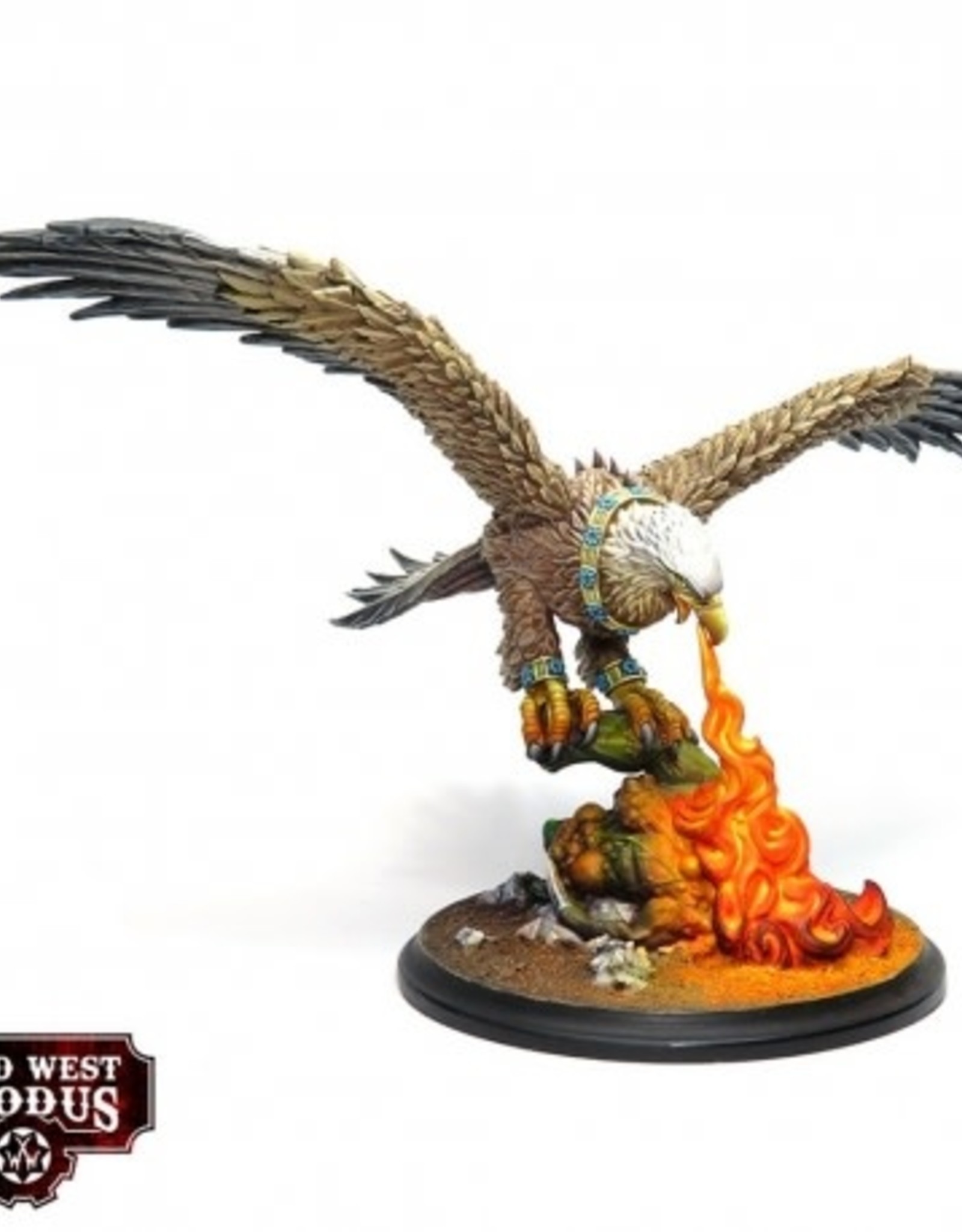 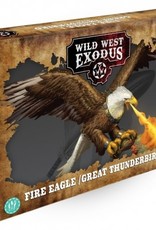 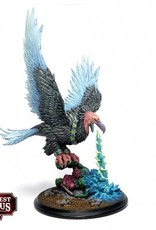 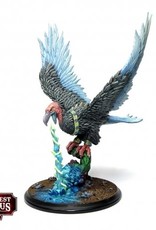 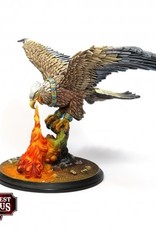 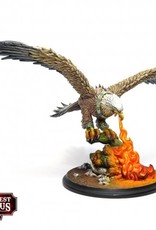 In times of great need, the Warrior Nation perform a binding ritual to merge the power of a spirit animal with its flesh and blood likeness in the world. This is done with reverence and not a small amount of reluctance as, while such binding is a formidable blessing, it carries a terrible price. Unlike the Spirit Walkers, a mortal animal bound in such a manner will often perish once the spirit leaves it. The spiritual energy channelled through these creatures is incredible and, while the Shaman who employ the rituals are using the ways of the Great Spirit, many feel that doing so is against the rhythms of the earth. But, against the technological abominations of the Dystopian Age, what more powerful an ally can the Warrior Nation have than these massive and ferocious energy beasts? One such spirit energy beast, the Fire Eagle, is a majestic bird that soars over the land on its enormous wings. Though these Fire Eagles have powerful beaks and claws, their greatest weapon is the gouts of purifying flames they breathe on their foes, capable of melting even the strongest steel. While the sheer size and ferocity of the Fire Eagle is enough to cause fear in its enemies, the Greater Thunderbird is truly terrifying. Its powerful beak summons an image from prehistory in its savagery, while its wings crackle with galvanic might. The Greater Thunderbird is the harbinger of storms and the living sky. Lethal forks of lightning cascade from its mouth and wings, striking down the foes of the Warrior Nation with deadly accuracy. Few live to tell the tale after witnessing either of these great beasts in action. The Fire Eagle / Great Thunderbird kit builds one multi-part resin miniature; 1x Fire Eagle or Great Thunderbird This kit can be assembled to build either the Fire Eagle or the Great Thunderbird 1x Base