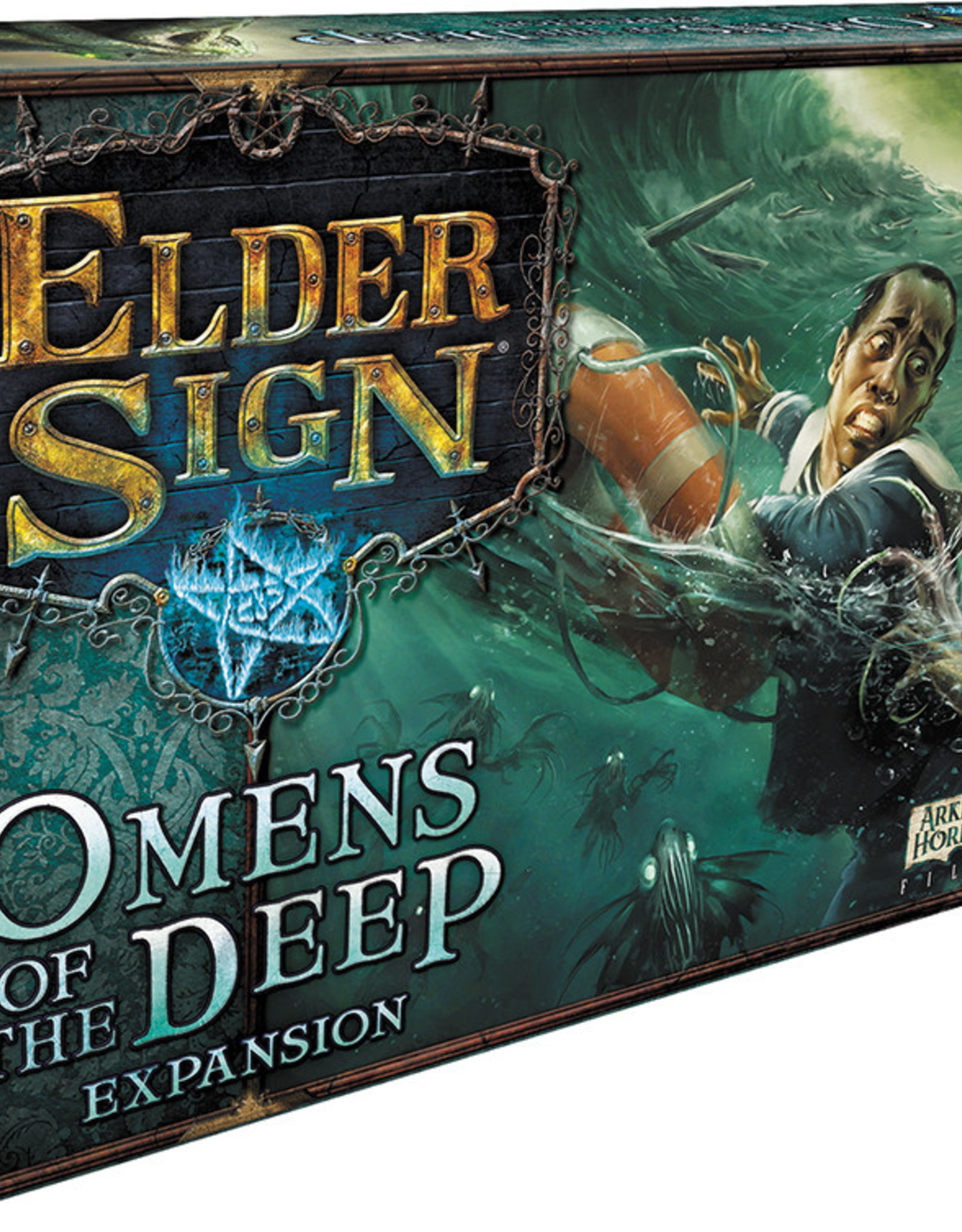 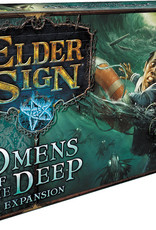 The chilling depths of the Pacific Ocean conceal untold horrors in Omens of the Deep, a deluxe expansion for Elder Sign. Based on the popular The Call of Cthulhu expansion for the Elder Sign: Omens app, players can now venture forth from the confines of the museum and board The Ultima Thule to combat the Ancient Ones that have begun to stir in the depths of the Pacific. The new R`lyeh Rising mode of gameplay features two stages as you first navigate the Dark Waters Track and then assemble the Amulet of R`lyeh to stop one of three dangerous new Ancient Ones from waking and devouring the world. Engage the newly introduced mission tokens for hard-won rewards and fend off the dogged Deep One Legion as your investigators move to unknown dangers on the Pacific Adventure cards.