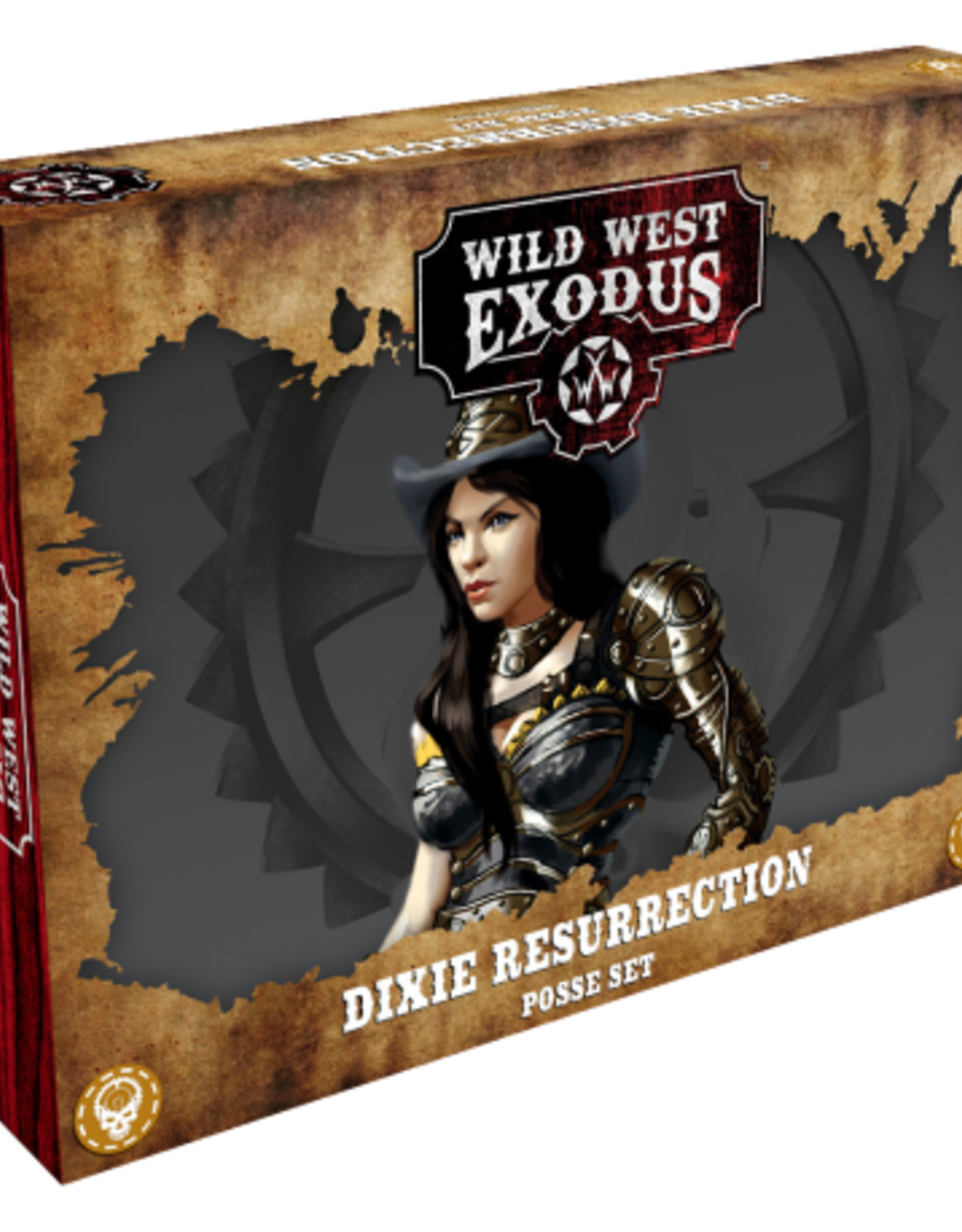 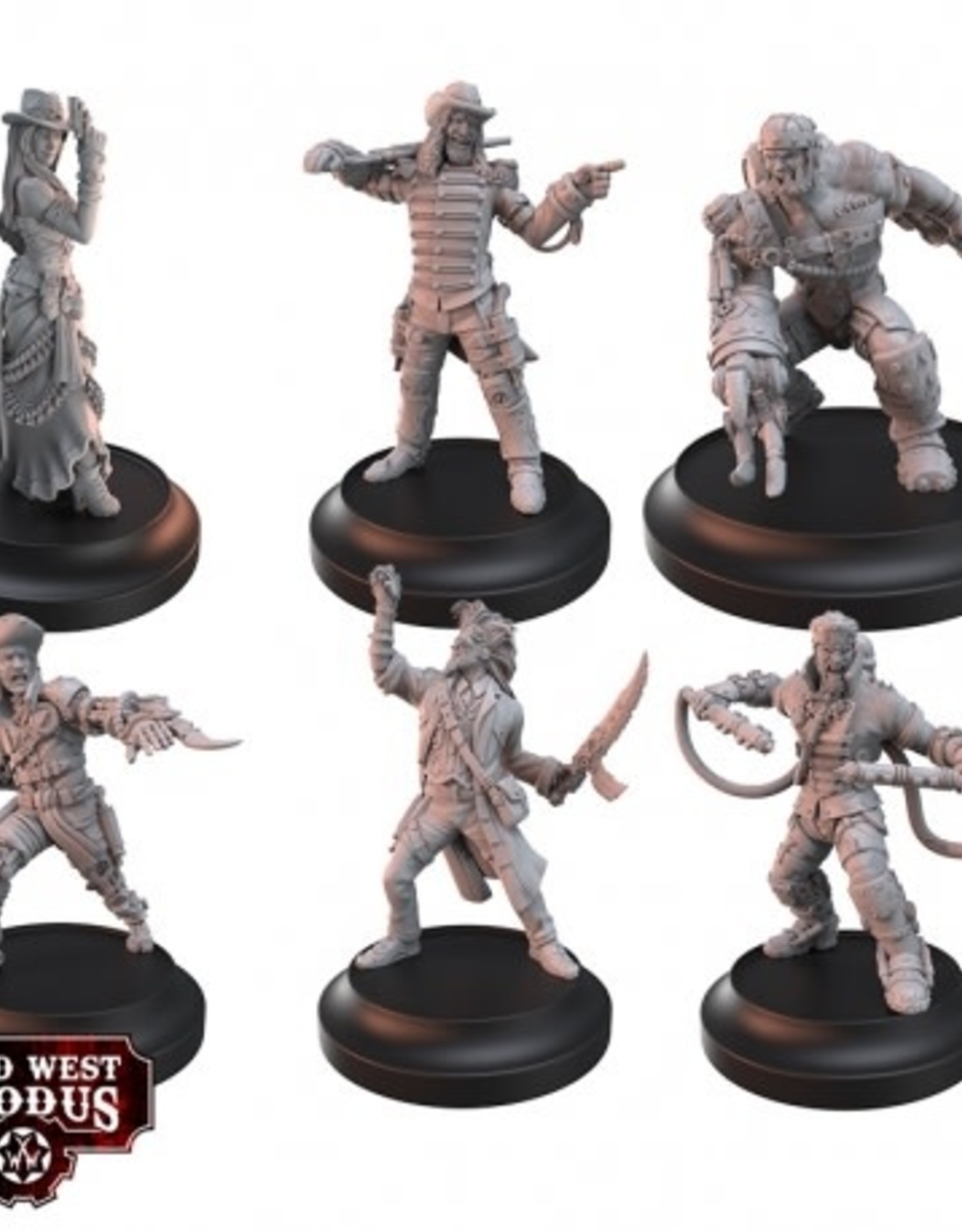 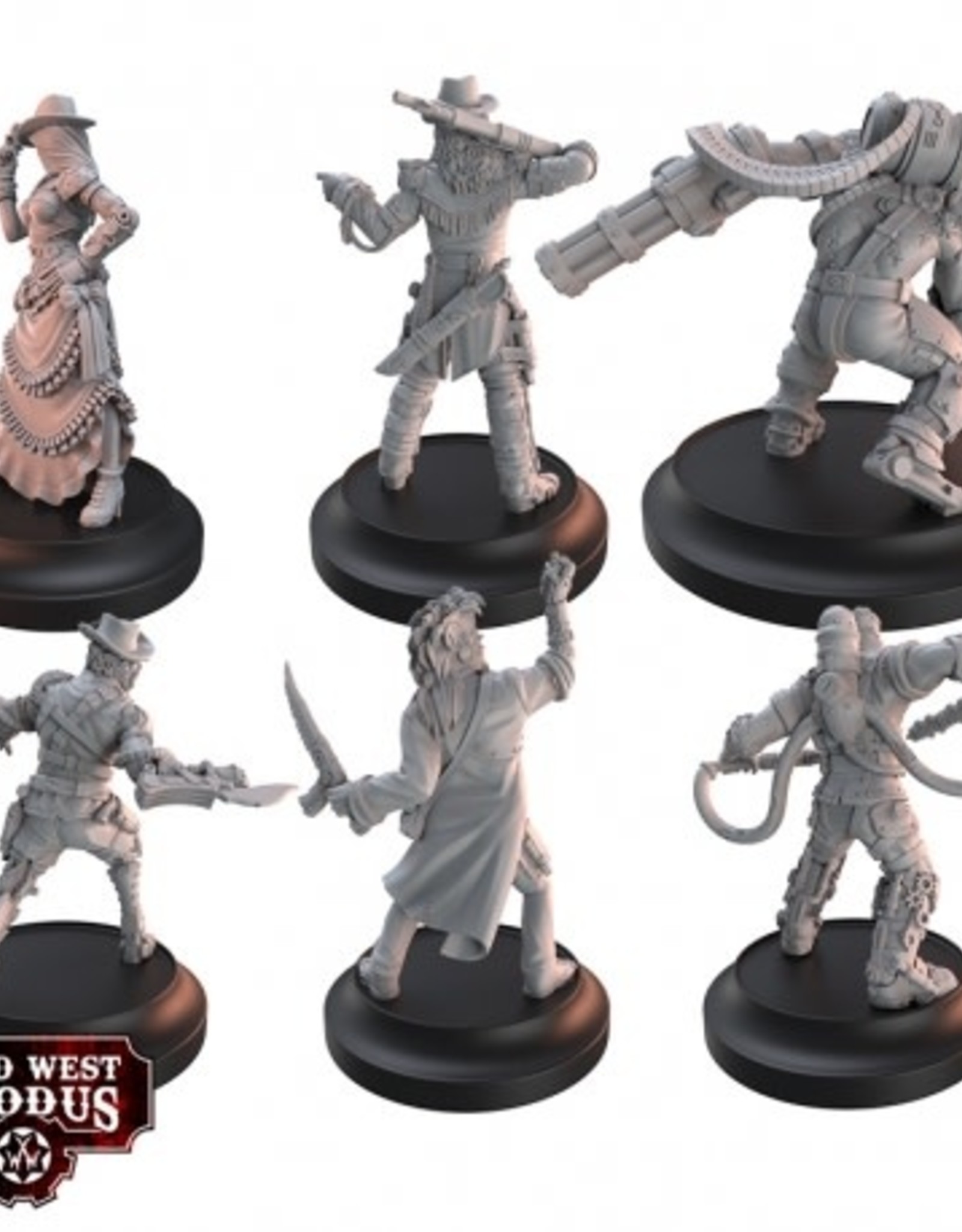 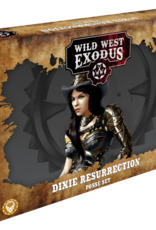 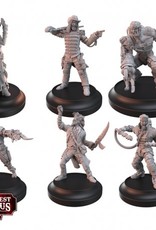 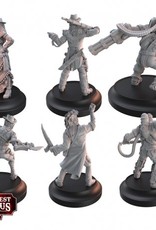 While a Peer of the Covenant of the Enlightened, Annabelle Hamilton’s first devotion has always been to the cause of the Confederacy of Southern States. She longs for any opportunity to throw a spanner in the gears of the Union of Federated States and hopes that one day her dream of The South rising again will be realised through her actions. Often seen in the company of Captain Mackeye of the former Confederate Army, her erstwhile sawbones Wendell Lee, and three terrifying characters known as Unger, Donovan and “Bloody” Bill Anderssen, most folks know that to see them in town means trouble isn’t too far behind. The Dixie Resurrection Posse contains six multi-part resin miniatures. 1x Annabelle Hamilton 1x Bloody Bill Anderssen 1x Wendel Lee 1x Donovan 1x Unger 1x Ross Mackeye 6x Bases