Death From Above Posse Box

Home / Death From Above Posse Box 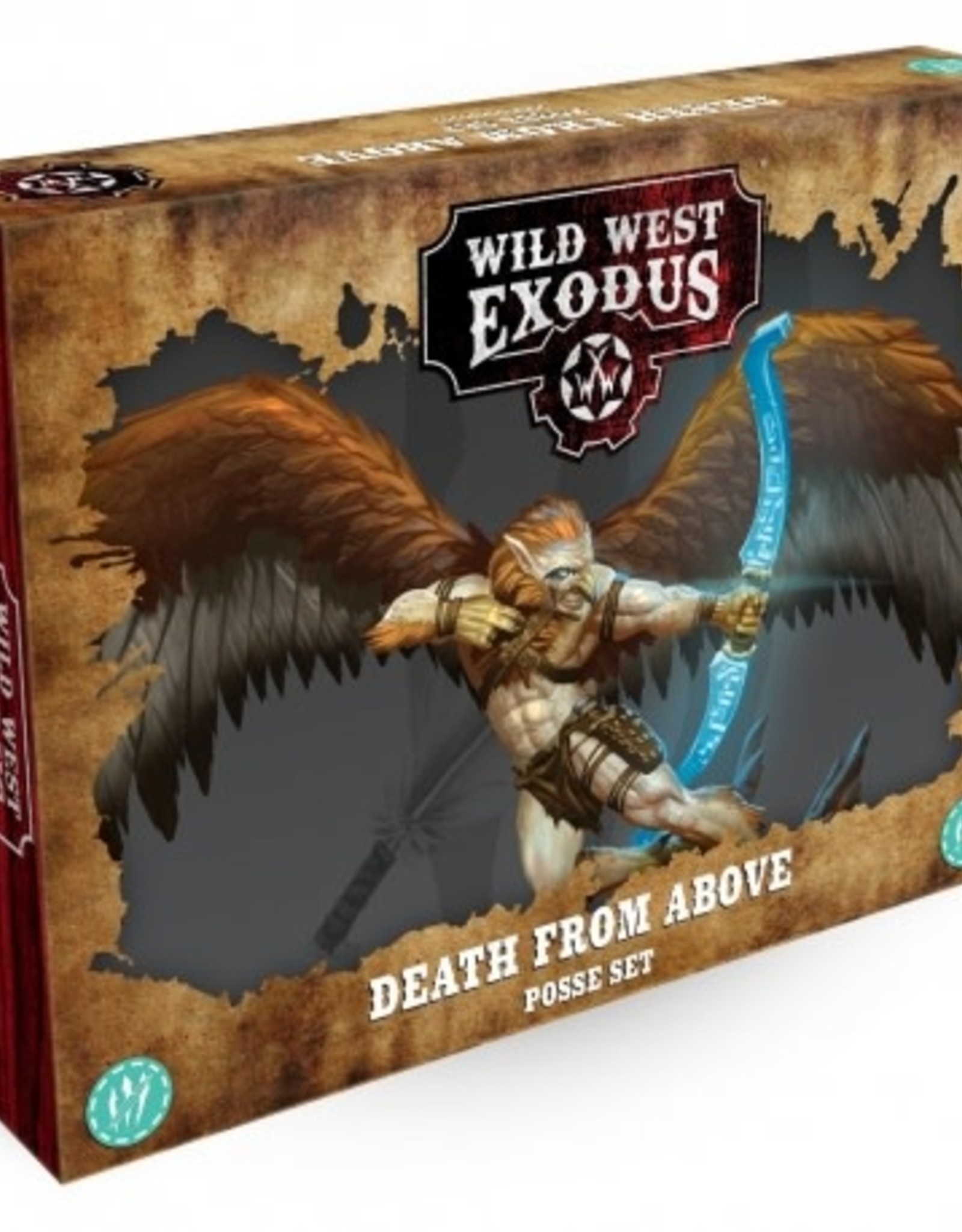 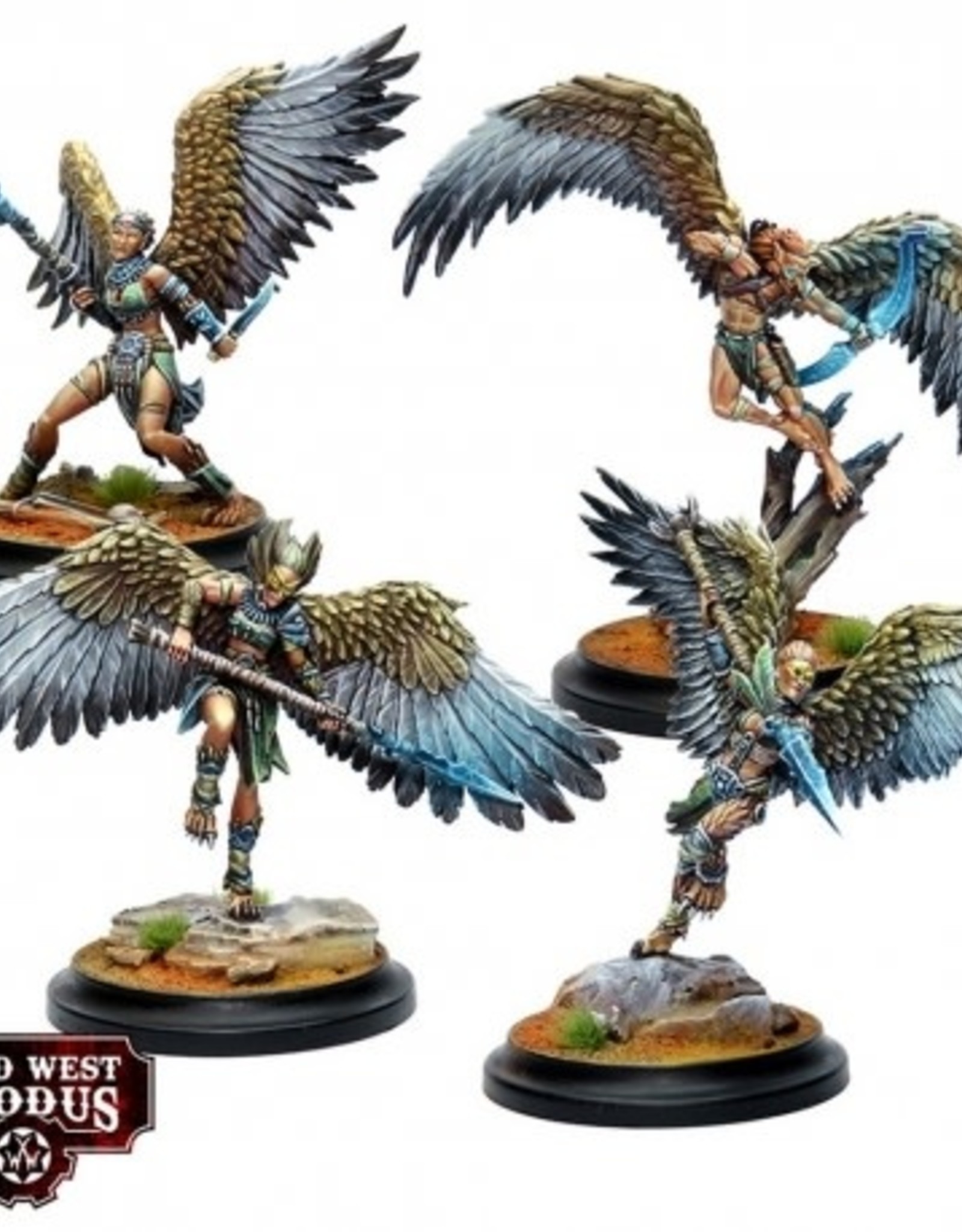 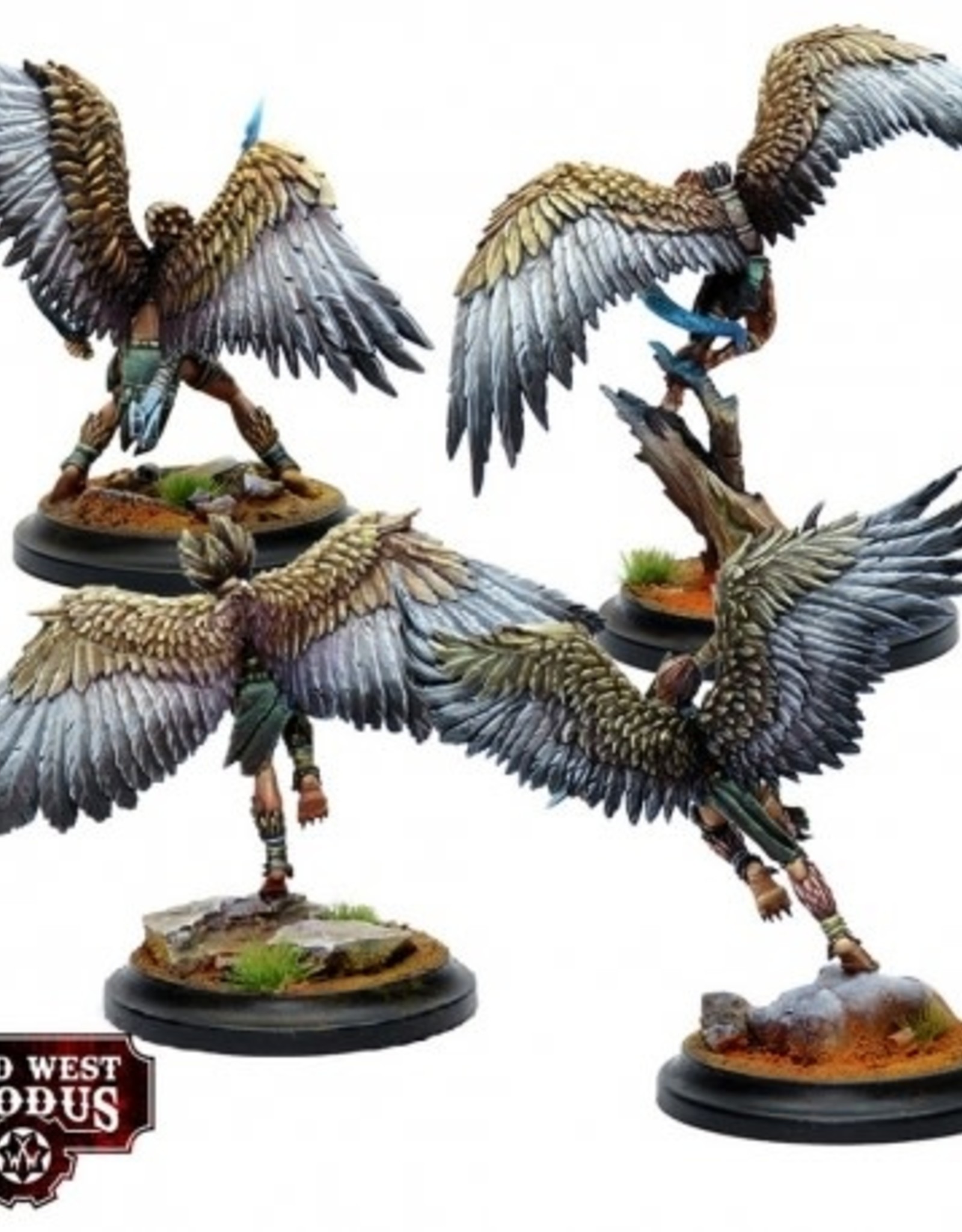 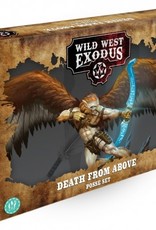 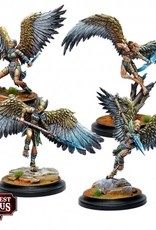 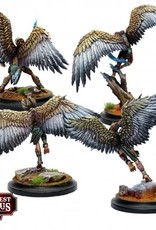 It is a long and taxing process for a Spirit Walker to physically transform their body. For those who have a capricious creature such as a hawk or snake for a companion spirit, the process is even more difficult. With their gift of flight, Alcon and his daughters are excellent scouts and a boon to the Warrior Nation. Shortly after his first Spirit Walk, Alcon would soar above the Union outposts that were scattered through the tribal lands. In his youthful exuberance, he became brash and began to taunt the troops by flying ever closer to them. That particular stunt was his undoing as Bernard Hopkins, a keen-eyed rifleman, clipped his wings and sent him plummeting earthwards into the heart of a Union camp. Alcon was captured and imprisoned, kept in chains so that even after his wound had healed he was unable to take flight. He was beaten, interrogated and treated as a little more than a bird-freak by the Union troops. Eventually, he simply longed for death, not even the possibility of returning to his wife, son and three young daughters was enough to keep hope alive in his heart. His rescue by his friend Cloud Runner after weeks of searching for him, forged a life debt he can never repay. Though his son walked a different path and fate would rob him of his wife, Alcon raised his daughters in the ways of the Peyasa Spirit Walkers. Now the four of them act as scouts and aerial sentries, often as the vanguard for Cloud Runner. Ahota is the eldest of the three and is blessed with bountiful energy and an unrelenting drive, giving her the title - The Tireless. She is often the first in the air and the last on the ground. Next is Manama, who is quick to judge those who have wronged the Warrior Nation. She forgives mistakes slowly and forgets them even slower and is known as The Oath Keeper. The youngest daughter is Tiponi and her youth belies the white-hot vengeance in her soul, the anger at the death of her mother and misery heaped on the Warrior Nation. She is The Vengeful. The Death from Above Posse kit builds four multi-part resin miniatures; 1x Alcon the Sky Spirit 1x Ahota the Tireless 1x Manaba the Oath Keeper 1x Tiponi the Vengeful 4x Base