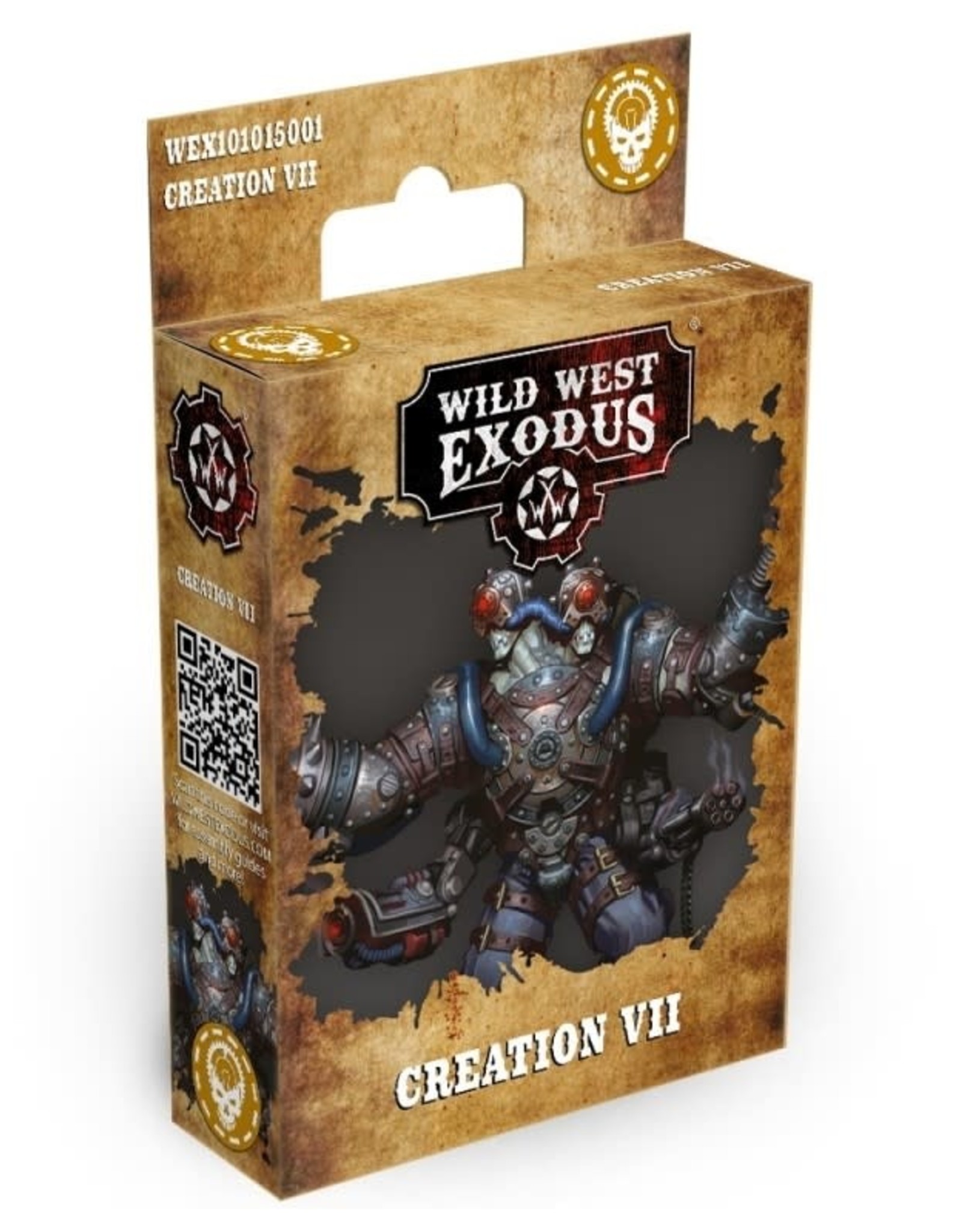 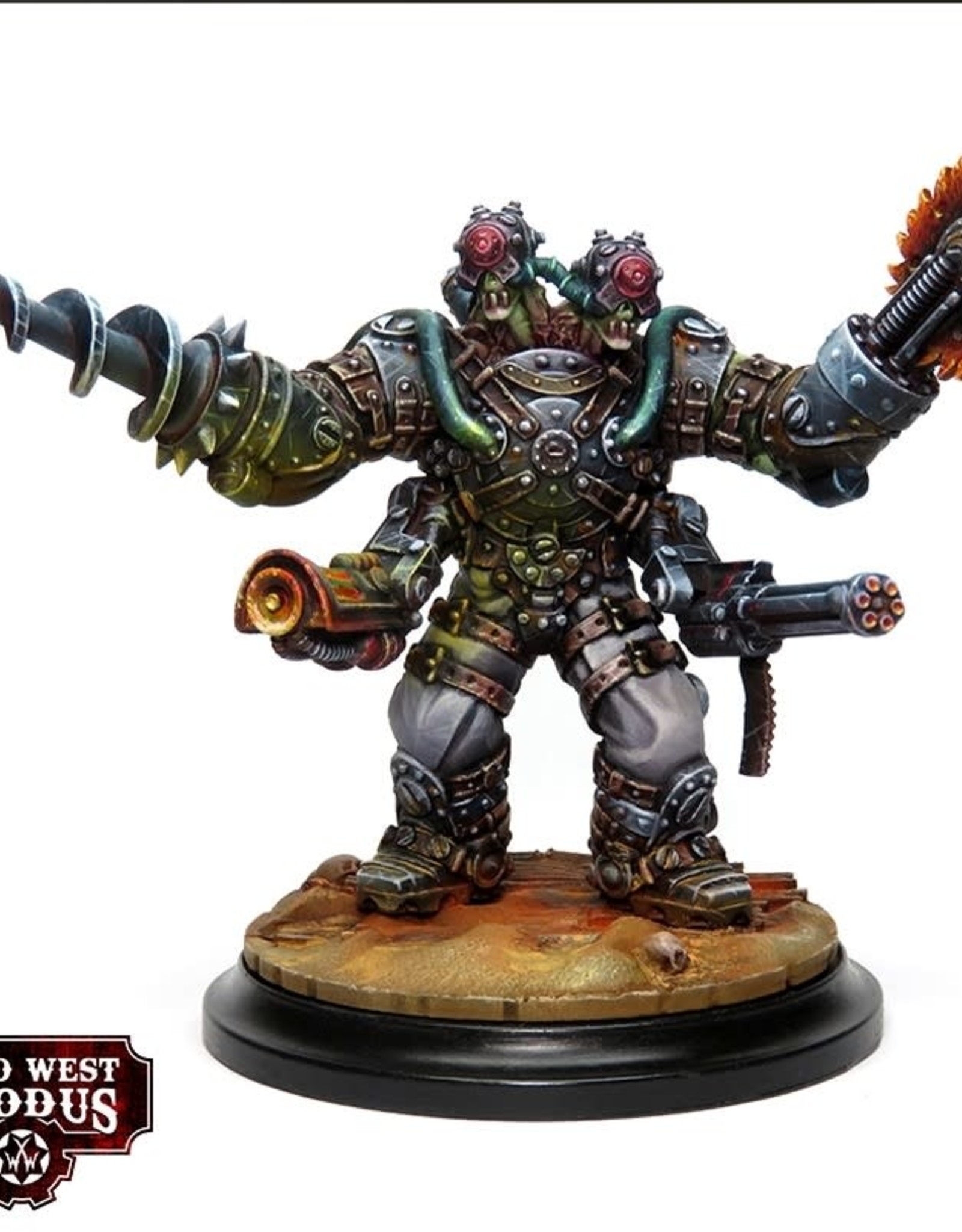 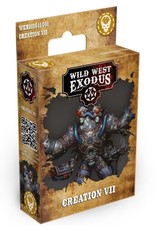 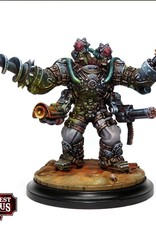 Creation VII was the result of a visit by Countess Augusta Byron to the Antarctican coast. An evening of parlour games at Leonidas Spire involving Absinthe and Phrenology turned into a wager with her host, Fairuza Moreaux, to create something that would prove twice the ability of any one of Moreaux's creations. Taking her host's challenge literally, Creation VII was the result of an ingenious fusion of two of the most brutish and towering specimens Moreaux had available. None could dispute that the result was impressive, even compared to other such marvels of galvanic application. After being lauded by the Enlightened of Leonidas Spire, the Countess made the request that her new creation would accompany her home and enter into her service there. Despite Lord Sturgeon's insistence that no new technology created on the continent could be removed from it without his permission, Moreaux readily agreed. After all, the vivisectionist was confident she could replicate what she had seen of the Countess' work.

Creation VII has a number of innovations over previous monstrosities. Reinforced spinal braces have given Creation VII a supremely erect posture that allows for four weapon arms to be brought to bear against targets, something that is impossible with similarly massive creatures with their stooped gaits, such as Creation V.

Thanks to the combined mental power of a series of slaved logic engines directly interfaced with the necrotised cerebral tissue of the two original donors, Creation VII is capable of independent, if not erratic, action.
This not only allows Creation VII to use all of its extra limbs simultaneously, but it also has the ability to carry out more complex orders than its contemporaries and to act apart from its designated controller. There is a drawback to this design, the two anonymous head donors do not always agree on the same course of action, causing Creation VII to sometimes grind to a halt in the middle of its assigned task. This inactive stance can be extremely inconvenient if it happens in the heat of battle. Unless the heads can resolve their conflict quickly or their handler directly intervenes, Creation VII can remain frozen mid-action for extended periods whilst battle rages around it.

Boosted muscle mass and additional pneumatic bracing means that the weapons Creation VII carries into battle are suitably large and brutal. For attacking at long range it is equipped with a Razorspine Rotor, a heavy rotary cannon that fires specially designed shells that splinter apart after leaving the barrel, creating an expanding line of razor-thin spines propelled forward at speed. For medium range, Creation VII is fitted with an incendiary spray cannon that fires a sticky liquid that erupts into flame when it makes contact with air. The mixture adheres to whatever it lands upon and even burns underwater.

It is up close, however, that Creation VII is most dangerous. Its upper right arm ends in an Industrial drill while its left is fitted with an industrial grade double buzzsaw. So versatile is this combination of weapons and tools that Countess has often had cause and compensation to lend this tireless behemoth to her fellow Lords and Ladies. Indeed many of the deeper tunnels beneath the Warcradle are thanks to Creation VII.