Home / Court of the Nazombu 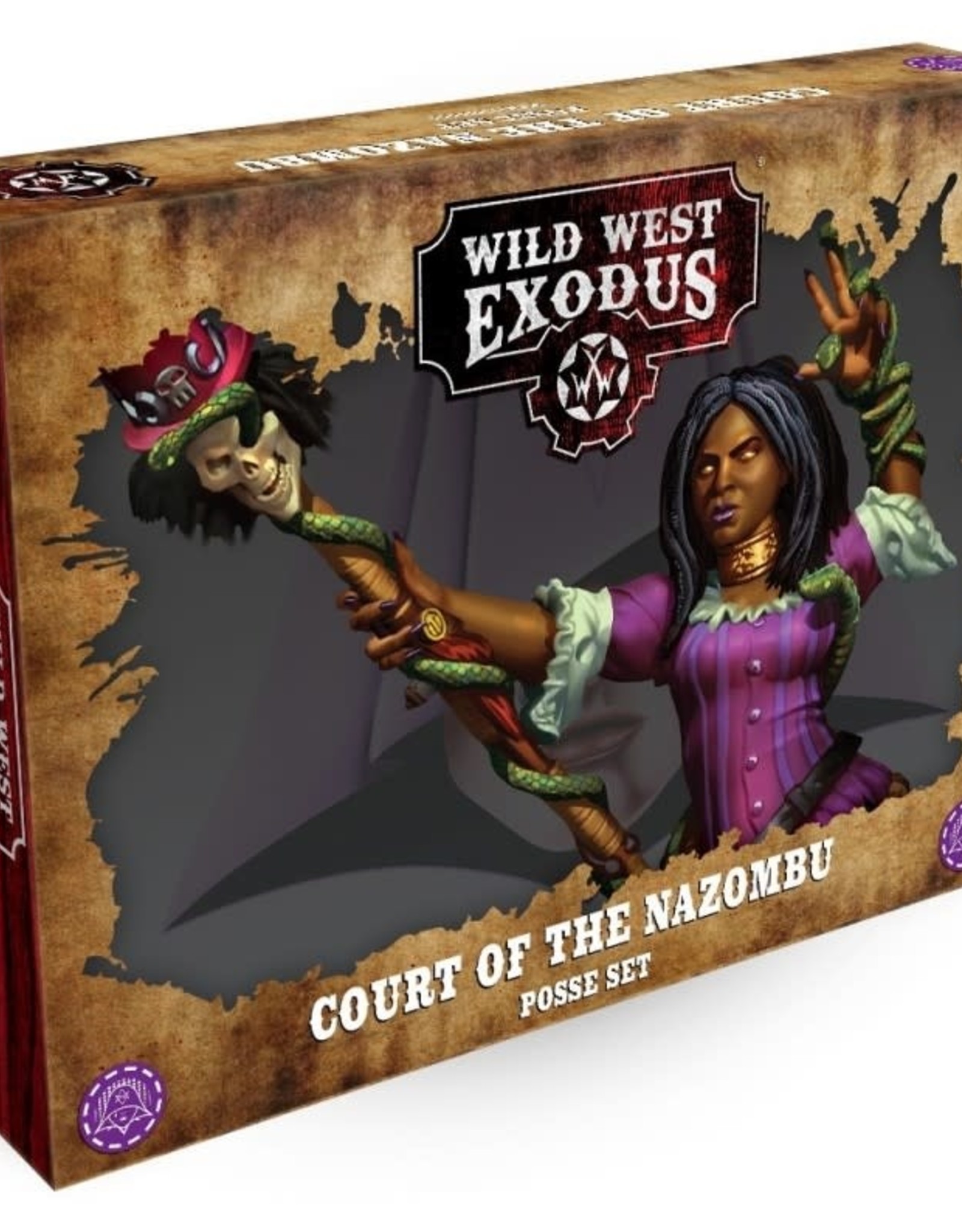 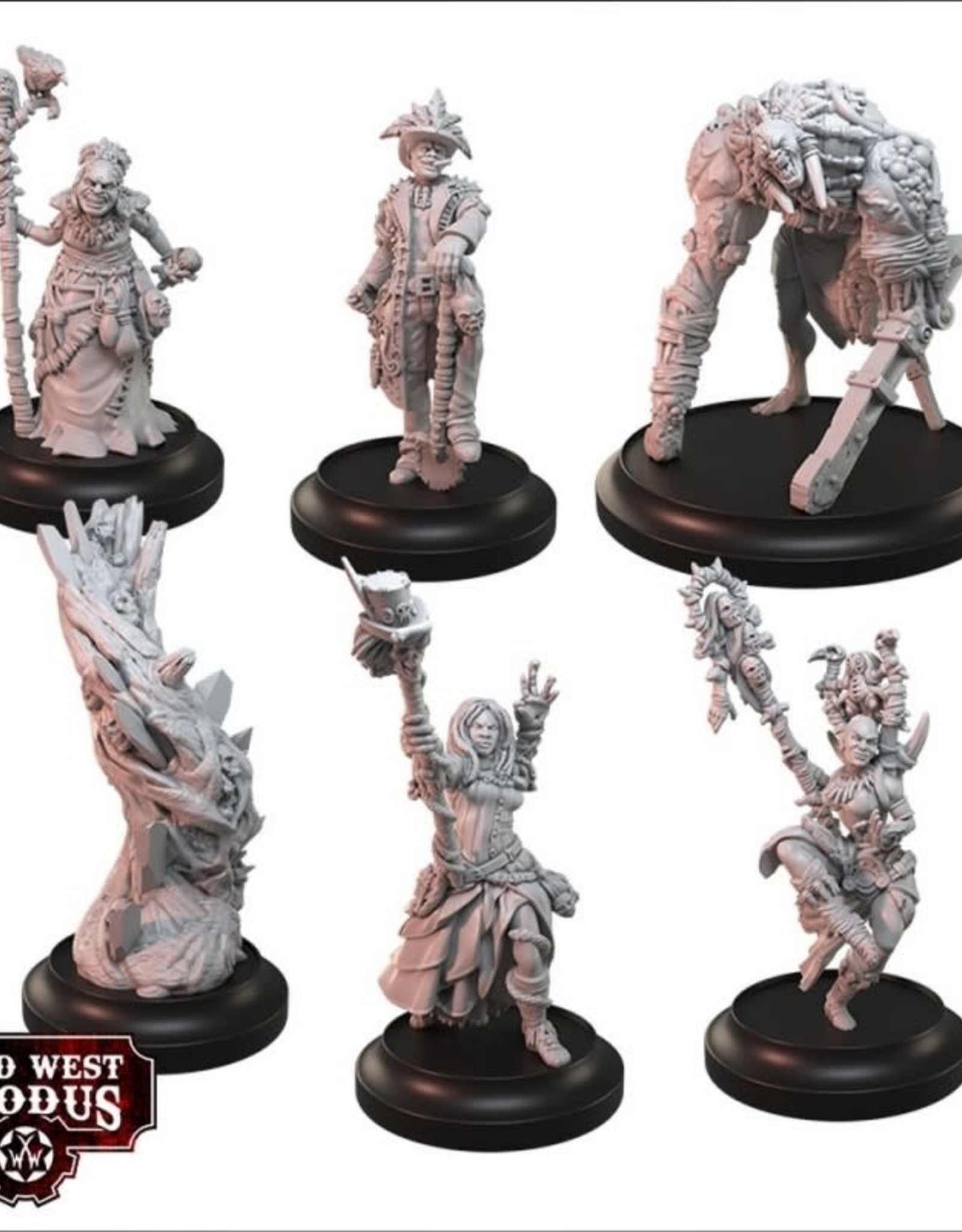 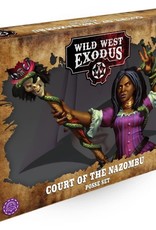 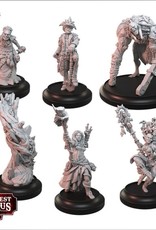 The power of the Hex can be a subtle influence on those who only occasionally draw on its energies. To those like Marie Laveau and her coterie who fully embrace the entity, they wield awesome power. Across the bayous of Louisianna, the self-proclaimed queen of the Nazombu, Marie Laveau is supreme. She holds sway over hundreds of families, not as a dictator but as a mother, sister and friend. This has been the way for generations, ever since a strange egg was found deep in the swamps. The hatchling grew to be the creature known as Marie Laveau, although no actual woman of that name has ever existed. The form she wears is but a glamour, a product of her 'Magick' that allows her to interact with outsiders without them running in abject terror from her monstrous true nature.

The women of Cleo's family have been Marie's companions for many generations. It was Cleo's grandmother who first found the egg that would hatch into such a blessing for the bayou. Through the family, Laveau learned of the rites and traditions of the Nazombu and Vodun. These trappings have been used by Laveau to mask her real power and shroud her legend in mystery. Cleo and her granddaughter, Zora have embraced the Hex to become embued with powers far beyond those of simple herbalism and witchcraft. Zora has developed a reputation as an oracle of some renown in South Louisianna. She guides and advises Marie in the happenings of the cultured lands beyond the swamps.

Jaques Santiago was never a good man, let alone a good husband. He drank too much, gambled too much and played the fool too much. But in those early days of courtship, Jaques was Marie Laveau's ticket to the civilised world, something that she had initially struggled to gain leverage over. As her power base expanded and her influence reached further into the parlours of the wealthy, Marie's need for Santiago diminished and his dalliances became less hurtful and more of an inconvenience to her. When his philandering and gambling finally caught up with him, Laveau ensured his body was consumed by the Hex and, forever bound to her service. Over the years some additional modifications have been necessary to ensure that, retaining a few shreds of his memories and mental faculties, Jaques has proven to be a far more loyal and dependable husband to Marie Laveau than he ever was in his first life.

The man known as Cemetary Kriminal is a capricious character often turning up at the worst possible moment to sow chaos and discord, revelling in the madness he leaves in his wake. They say Cemetary Kriminal cannot truly die, rising once more on the dawn of the following Saturday to seek revenge on those that dared cross him. It is Cemetary Kriminal who is feared as the master of the dead, as well as the giver of life. He can cure any mortal of any disease or wound if he thinks it is worthwhile. His powers are especially great when it comes to Nazombu curses and black magic. Even if somebody is on the verge of death, it is said that they will not die if Cemetary Kriminal refuses to dig their grave. So long as this mighty spirit keeps them out of the ground, the people of the bayou know that they are safe. He claims fealty to none, save a passing respect for Marie Laveau. Even she makes use of his eclectic services through complex bargains and rituals.