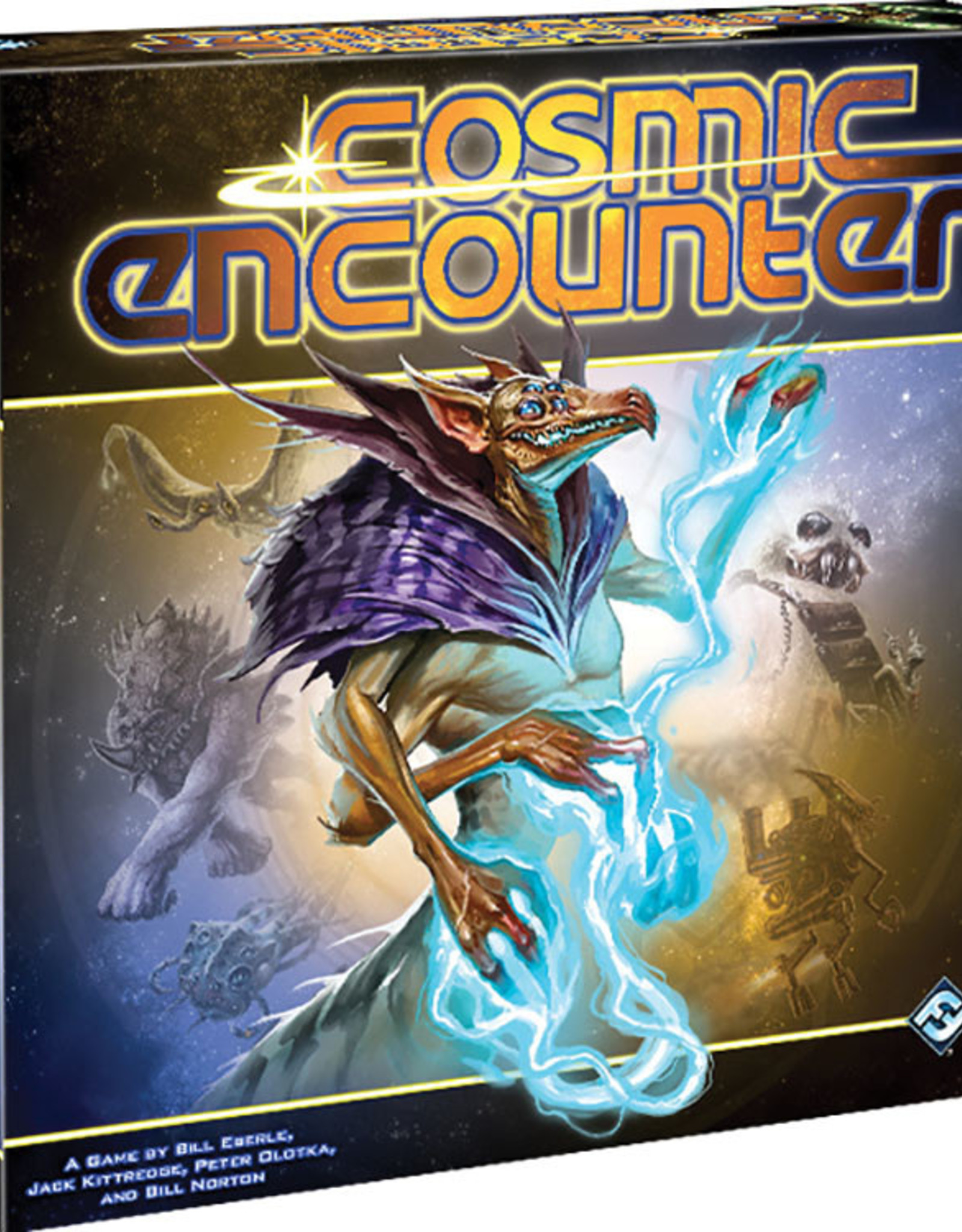 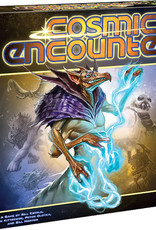 Build your galactic empire in Cosmic Encounter 42nd Anniversary Edition! In this game of interstellar exploration, negotiation, and conflict, three to five players lead their alien species as they colonize foreign planets. But every planet is ruled by someone, and the only way to expand your civilization is through diplomacy or war. Forge your alliances, defeat your enemies, and ensure your species` supremacy. A new species joins the classic alien lineup to help ensure no two games are ever the same!