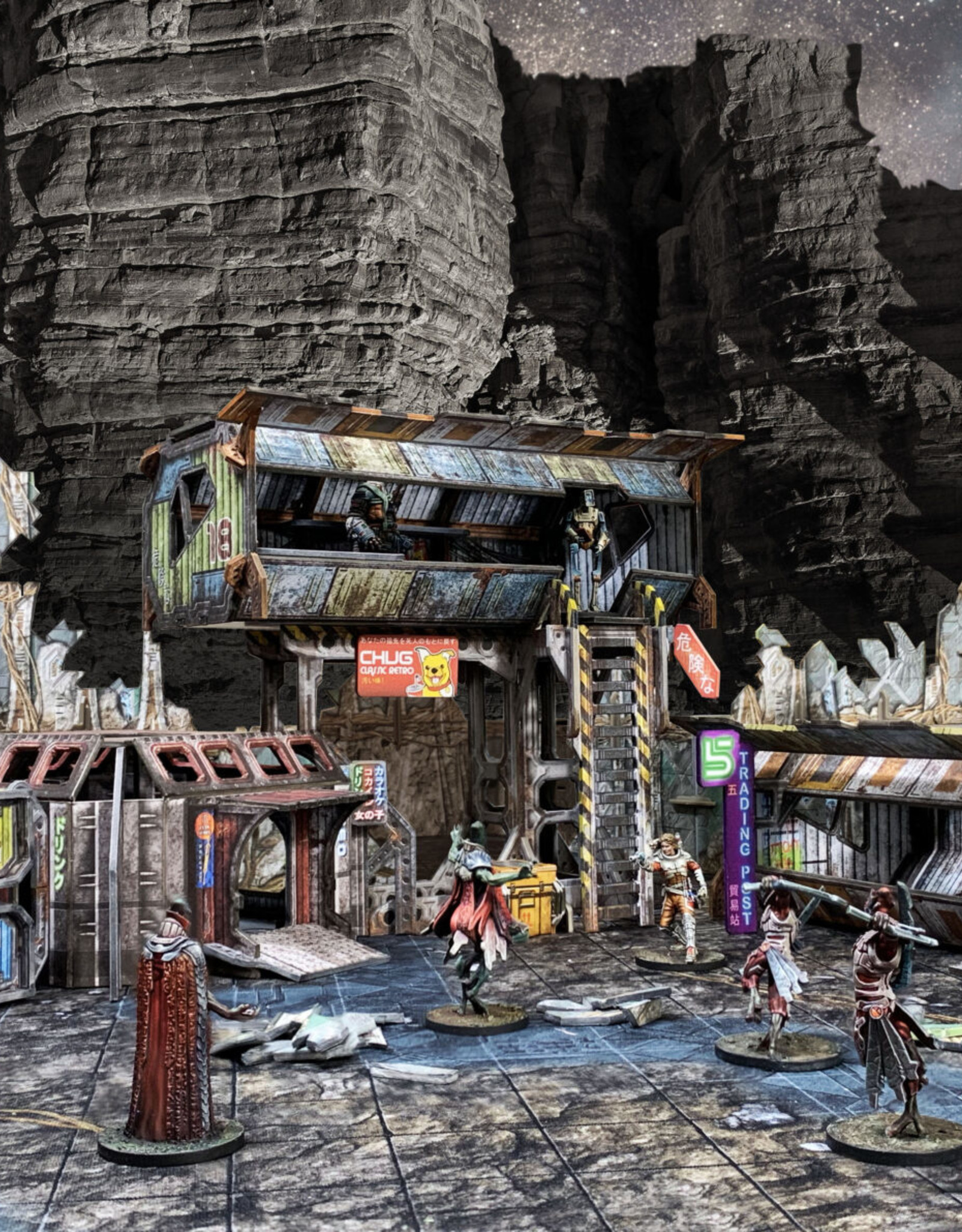 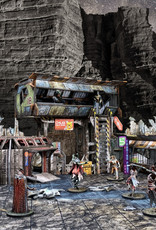 This expansion brings the Traders back out of the asteroid temples and introduces a host of new characterful NPCs at the local Trading Post. It includes everything required to integrate the new miniatures and terrain with the starter set, including equipment tokens, event cards and a mission booklet.

The new narrative campaign in the expansion will see your Traders visit the Trading Post hoping for a big score from their recently acquired alien loot. They can peruse the stores, meet with contacts, and even recruit new Traders to their cause. However, the aliens that they so rudely awakened have followed them back… Can they defend the settlement from its attackers trying to reclaim their asteroid home?

The new terrain in the set forms part of Trading Post 5 and is made up of shops and cargo in pre-fab containers. The expansion is populated by new NPCs, including Civilians, a lone Galactic Corps agent, and the Ganger proprietor of the Trading Post. All of these can be used in the new expansion or combined with their respective NPC types from other expansions.

On top of this there are four new playable Traders. These wandering Traders can be hired by any crew, or combined as a crew in their own right!