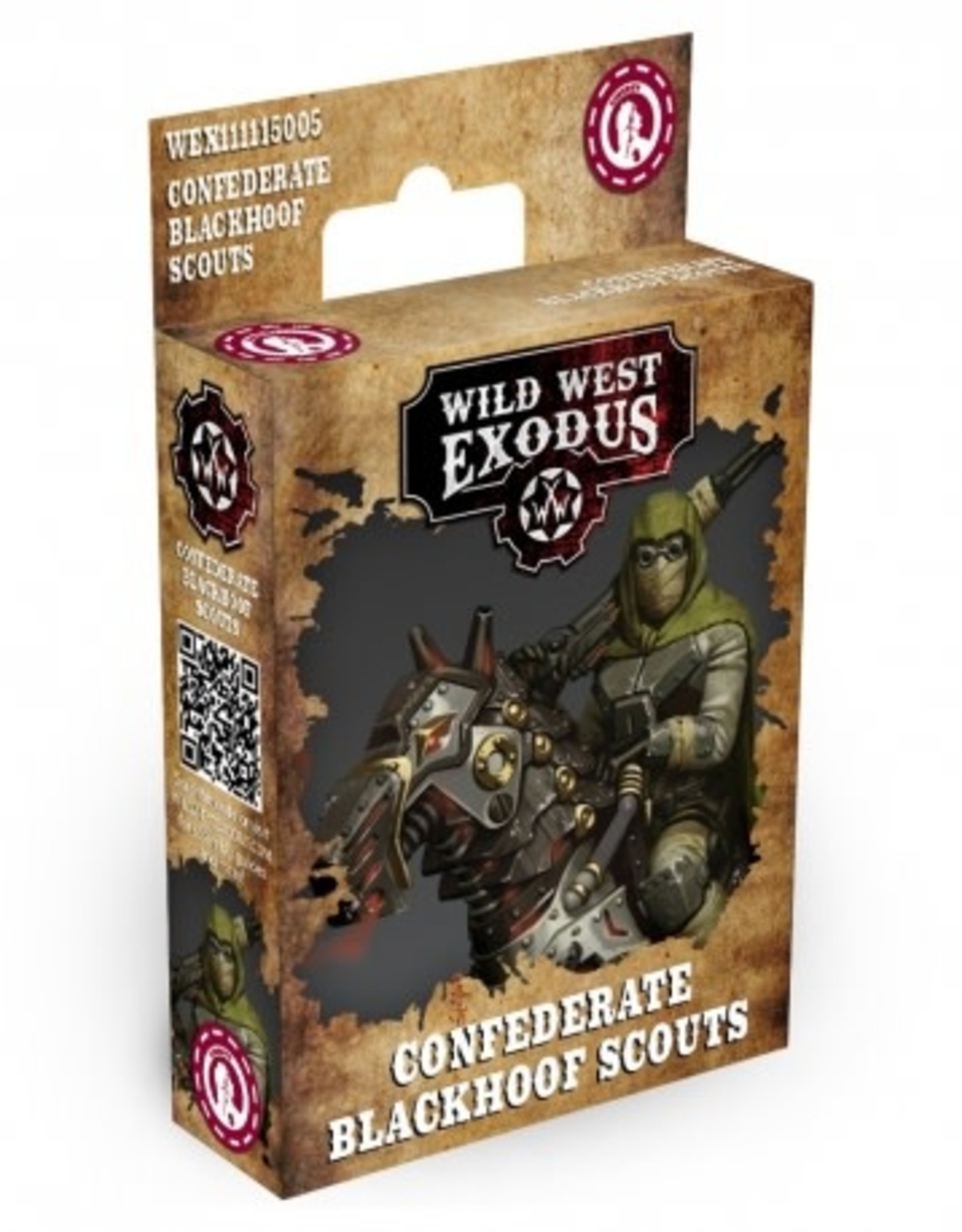 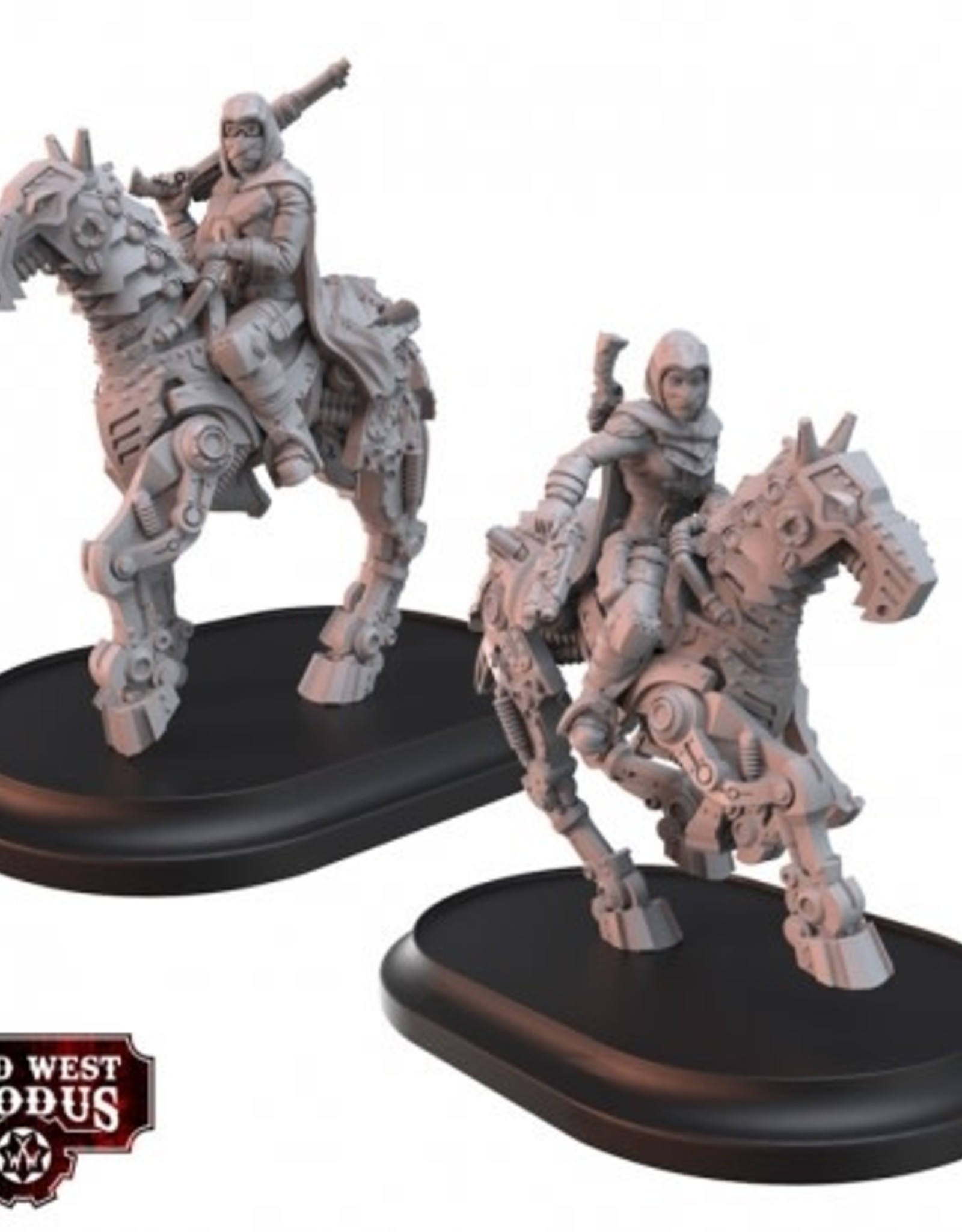 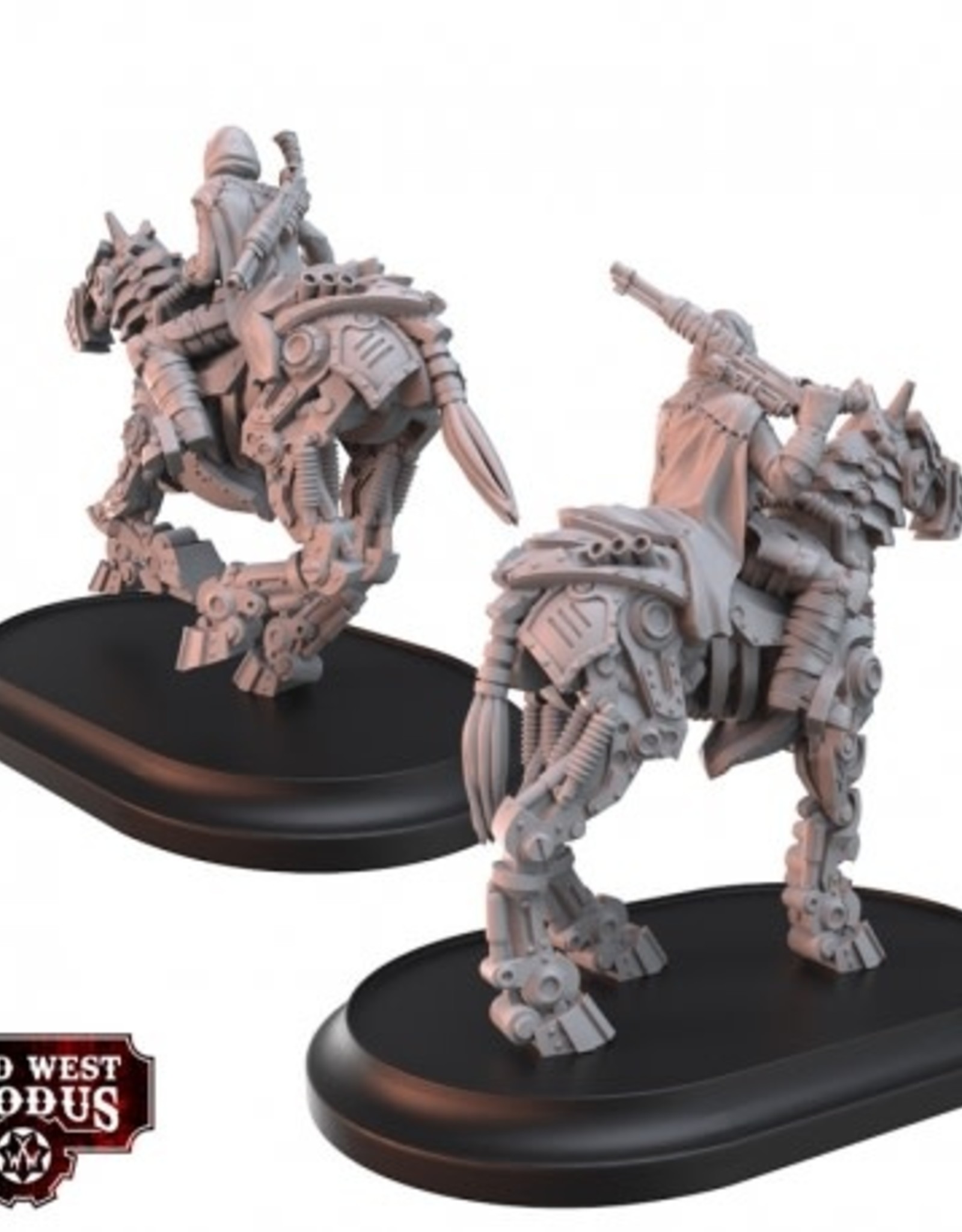 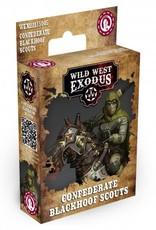 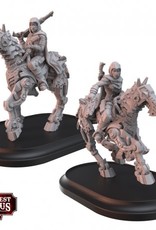 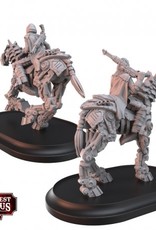 The Confederate Rebellion, such as it is, lacks many of the resources even settlers in the Frontier take for granted. Driven into the bayous and wilderness by the Union’s occupation of the Southern states, the Rebellion must avoid all but the smallest of hamlets; lacking the funds to take advantage of even the most sympathetic of suppliers. As such, heavy vehicles are few and far between to aid their cause. For mobility's sake, those few rebels that do need a mount make do with the temperamental and almost obsolete Blackhoof. Over the years rider and mount have formed a bond as strong as between any partners in strife. These mechanical horse automata have proven to be well suited to the dense terrain the rebels operate in and are far quieter than any Iron Horse or Interceptor. The Confederate Blackhoof Scouts set contains 2 multi-part resin miniatures; 2x Confederate Blackhoof Scouts 2x Bases