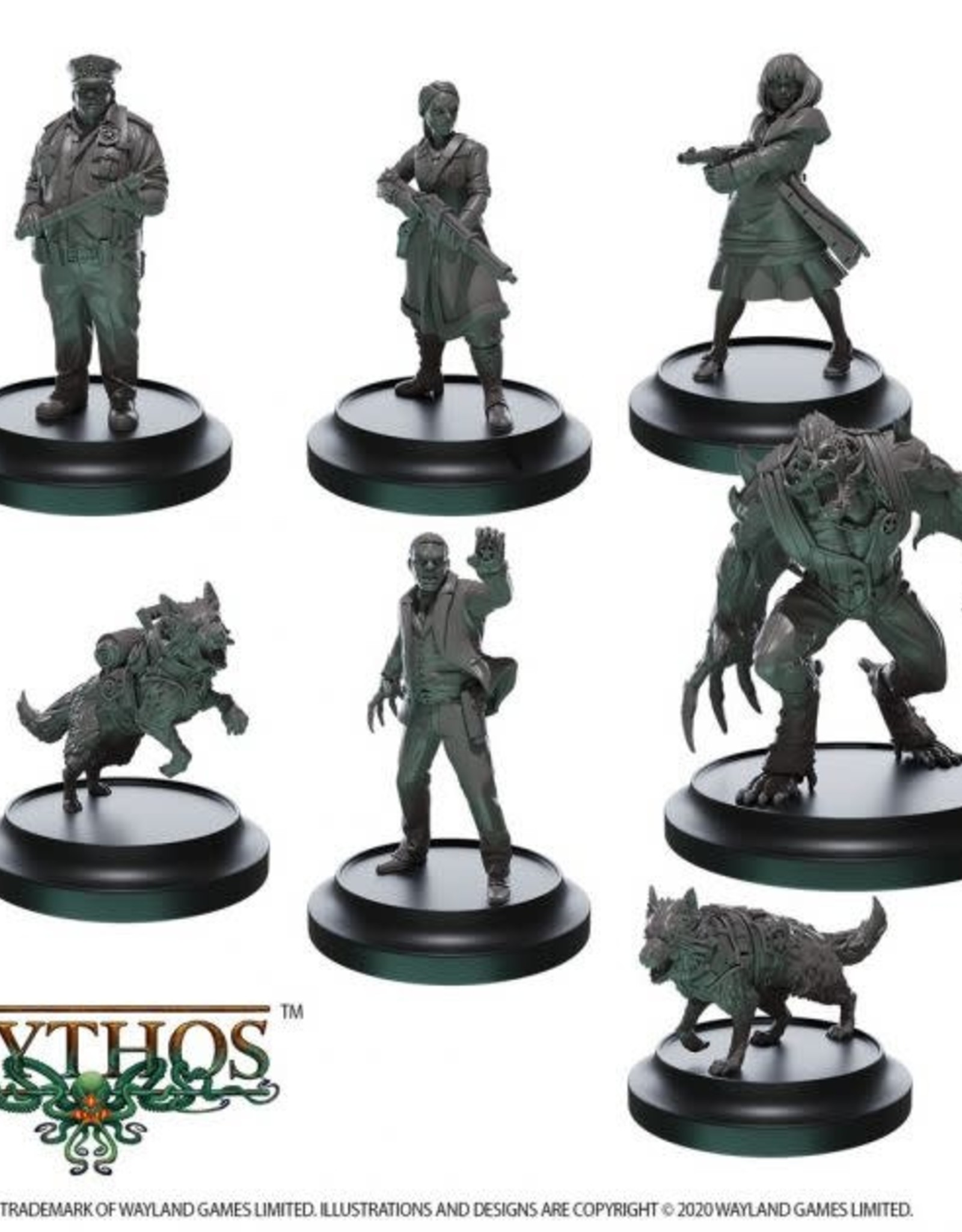 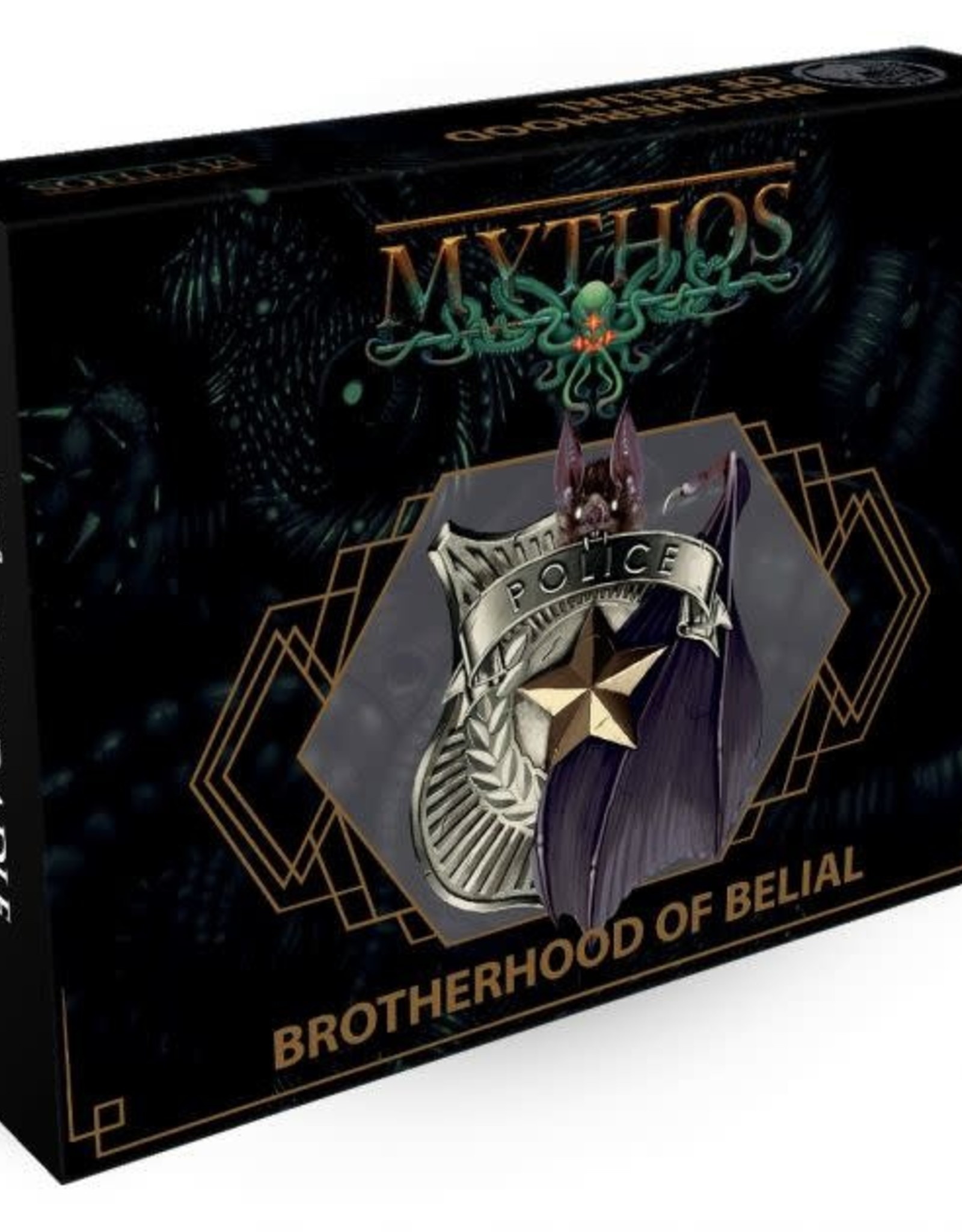 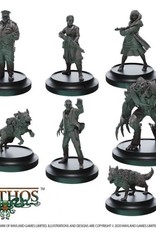 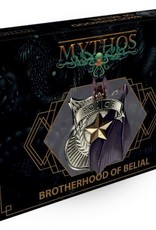 Augusta, Maine was a sleepy city with a low crime rate that was dealt with at a leisurely pace by the municipal police department. That is until one winter, when a spate of vicious crimes hit Augusta leaving a bloody trail of destruction in their wake. Murders, beatings, rapes and numerous muggings were perpetrated by what appeared to be a small gang of deviants. More crimes were committed in the first three weeks of the spree than had been recorded in the previous three years. Worse still, the gang proved to be incredibly elusive despite the best efforts of Lieutenant Jim Dugan. With a string of commendations to his name from his time in Chicago, Jim was expected to break the gang within a week. Three months later, the stress was really beginning to show on Jim and his team.

Reports from surviving victims were confused and in some cases totally unbelievable. Accounts alternated between the attackers being hulking, inhuman brutes and yet others claimed that they simply vanished after the incident, something that was seriously being considered due to the lack of success in tracking down even a single member of the gang. Oliver Driver, the department’s dog handler, was added to the team in an attempt to use his two faithful hounds in the city’s service. Even the highly talented noses of Storm and Shadow were unable to get a trace on the perpetrators of these ghastly crimes. In the face of mounting public pressure, Jim needed results and was becoming desperate.

Jim Dugan followed a hunch that led him and his team to a set of abandoned freight houses on the banks of the Kennebec River. A lead from his undercover officer, Florence Delaney, had put five of the initial crimes in that area and Jim wondered whether the gang had been operating further afield over time. Sure enough, with his team in tow, Lieutenant Dugan finally discovered the gang had been using a rotting attic as their hideout. It was unsurprising, with the stairs having long disintegrated and the attic completely inaccessible, that the location had been overlooked in the initial investigation.

Bursting into the hideout, the police officers stumbled across the suspects enacting some sort of bizarre ritual. Candles covered the floor and walls, blood was daubed on the rotten floorboards in intricate patterns. In the horror and confusion, Florence Delany fired a burst from her Thompson machine gun and all hell broke loose. In the ensuing firefight, not a single member of the gang, who later were revealed to be called the Son’s of Belial, walked out of that warehouse alive. The injured and the dead were consumed by a raging fire that engulfed the structure. Despite lacking any solid evidence in the aftermath, the crimewave that had gripped Augusta immediately ended and commendations for the whole team were readily issued.

But it is a fool who thinks that an ancient power like the chiropteran god Belial would not punish those who had slaughtered their acolytes and disrupted their rituals. In that moment, every member of Jim Dugan’s fateful team was touched by Belial and marked as his playthings. Each officer was cursed so that they could only exist as things shifting in form, somewhere between the winged creatures of Belial’s realm and the darkened aspects of the people that they once were. At first, these transformations were uncontrolled and painful, but over time many of the department learned to control them and even use their newfound strength and abilities in the line of duty as they continued to try to serve the city. Such is not the purpose of the Bat God, however, and as the police under Jim Dugan’s command respond to criminality with their newfound preference for brutality and lethal force, they unwittingly continue to carry out Belial’s great plan in the Shadow War.