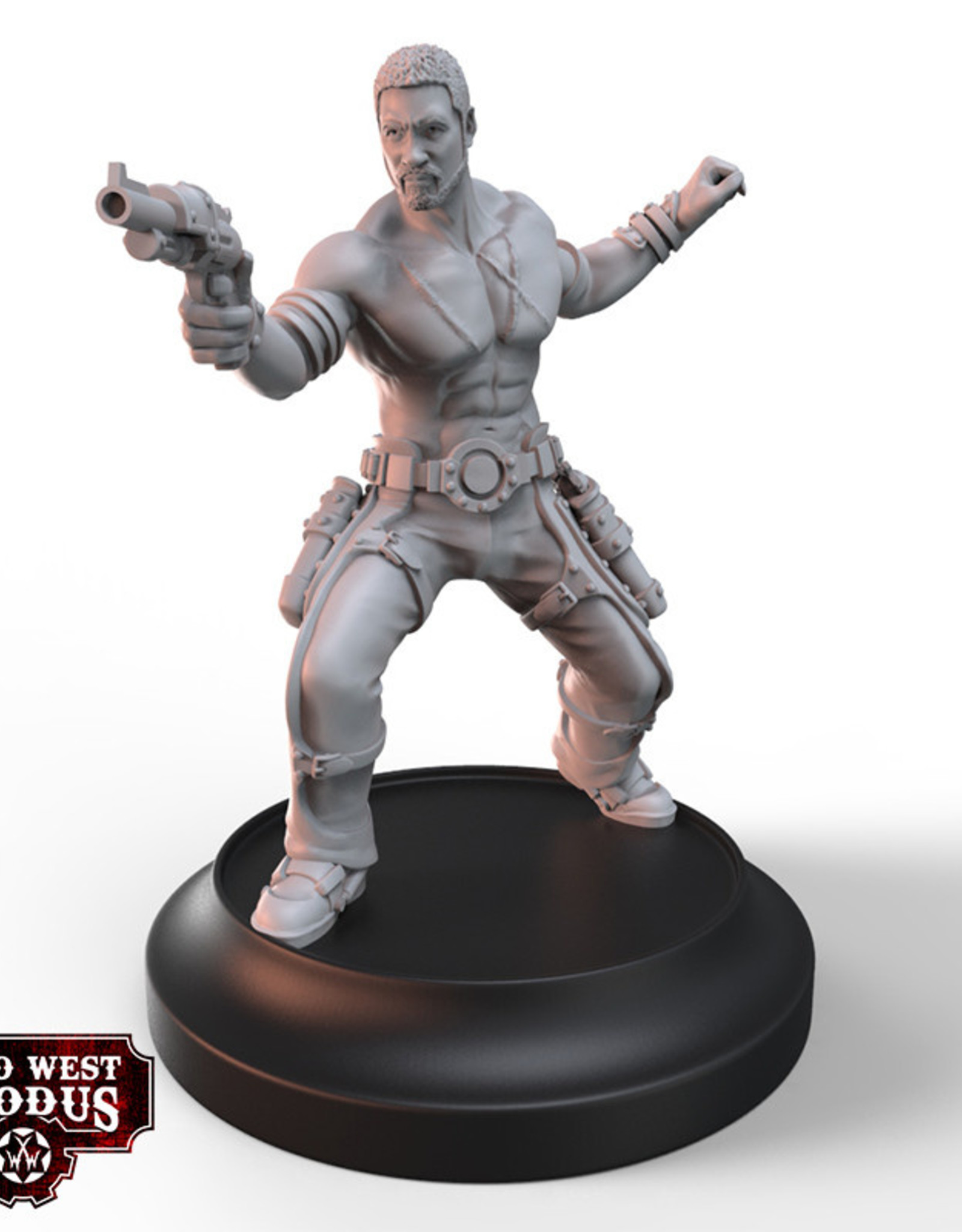 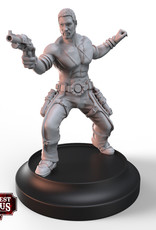 The Outlaws are a rag-tag mix of men and women. Each forging their own path in the world, each fiercely independent. To the Union and Lawmen, they are viewed as desperate and dangerous criminals. People who have turned their backs on the very concept of decency and honour. For some this is true, their path of sees them struggle for a moment in the spotlight, caring only for the recognition of infamy. For others, particularly those with a cause, their egos drive body counts higher and higher with each town they pass through. From bio-mechanical implants to stolen experimental weaponry, only death may stop their headlong quest for fame and wealth. Powerful weapons and a reckless way of life have made the Outlaws a force to be reckoned with. The frontier is a place where legends are born but not necessarily earned. Few men have born as many legends Broad Arrow Jack. That doesn't surprise Jack though, he told most of them himself. Jack is a grifter, always working deals in an effort to make his big score and retire somewhere warm. He's good at what he does too due to his predilection for sidestepping the law. As he has been heard to remark "The law is what other people do.". As yet he hasn't gotten round to retiring. More often than not he will spend his winnings on a good time with a bad woman (or even occasionally a bad time with a good woman) which leaves him penniless and in need of a new mark. Woman really are Jack's weakness. He's had many wives and still does as he doesn't believe in divorce. Jack has a wife in every state he has laid low in for any amount of time, moving on when the money and opportunities have run out. It's not hard to see why; Jack is everyone's pal who is generous with his cash when his troubles are far on the horizon. If trouble does comes calling or if someone foolishly stands in the way of Jack's prize then a different man emerges. This Jack is cold blooded killer, quick with his knife and quicker with his pistol, uncaring of the widows left in his wake. This is the Jack who surely earned the scars littered across his body but what of the large arrow branded into the flesh on his back? Occasionally Jack alludes to his past, but each audience receives a different tale. Whatever the truth, he refuses to be shackled and will fight like a man possessed if a deputy comes his way, a panicked desperation in his otherwise usually charismatic eyes. Jack is happiest on the move. If he ever makes that big score perhaps he'll settle down but that would make it easier for him to be found. The Law wants Jack. The Union wants Jack. Jack's wives want Jack. It is the latter that may have the best chance of catching up to him first as counted amongst their number are many resourceful and dangerous women. Women like the notorious bank robbing Outlaw Laura Anderssen or the magnificent Crown Privateer Rani Nimue. Lord help anyone caught nearby should any Jack and any two of his wives ever meet! This product contains 1x Broad Arrow Jack Miniature 1x Base