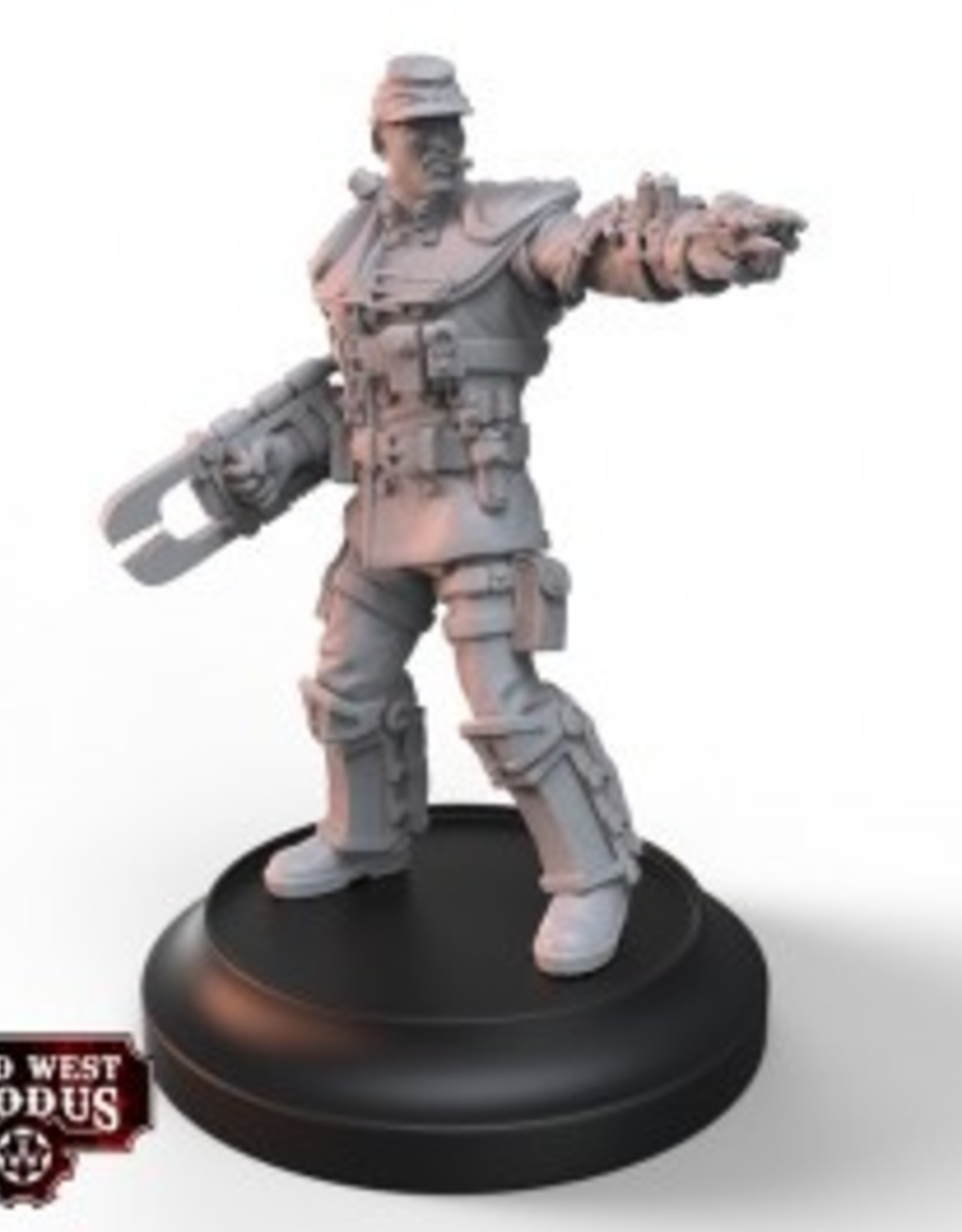 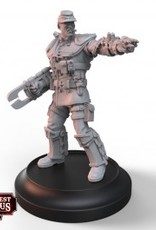 Colonel Albert Campbell is as distinguished a commander as can be found in the Union Army Corps of Engineers. He is a popular and recognisable figure amongst the ranks of the Blues. His boisterous attitude is imparted to the men under his command through his booming voice behind the perpetually burning end of his cigar. His knowledge of fortifications and demolitions keeps his skills in high demand around the planning tables of operational command officers but he is not above taking to the field himself. His custom RJ-1027 powered demolition claw is as handy at tearing apart men and machines as it is laying foundations and clearing rubble. If his men enquire how he came across his signature weapon he'll take a puff on his cigar, look them in the eye and tell them that it was the same place he is having his RJ powered boots made, after all he needs some heavy duty gear to kick their backsides into line! Though gruff at times his hardworking no nonsense attitude and fair treatment of those under his command makes him popular with the men and women who serve with him.