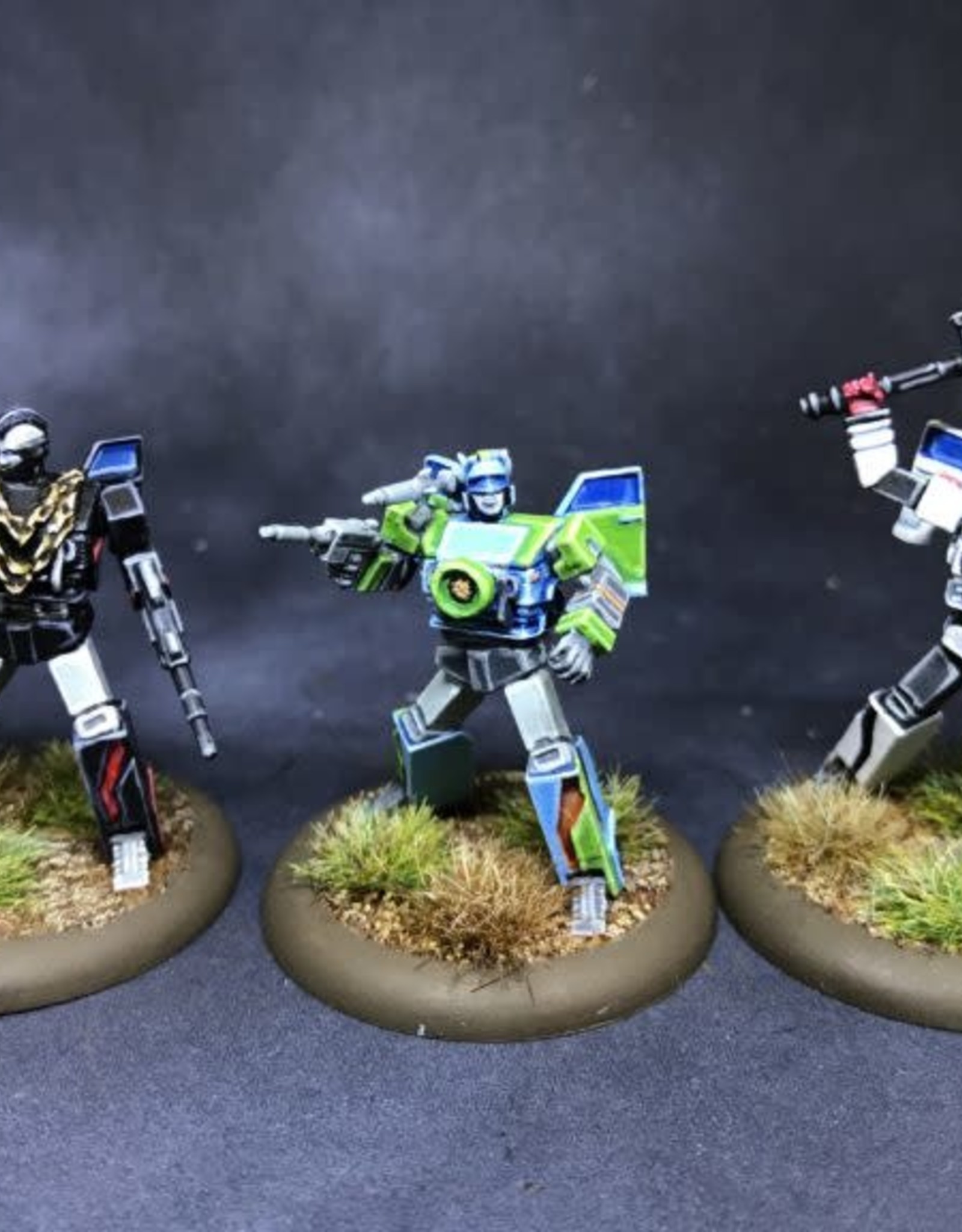 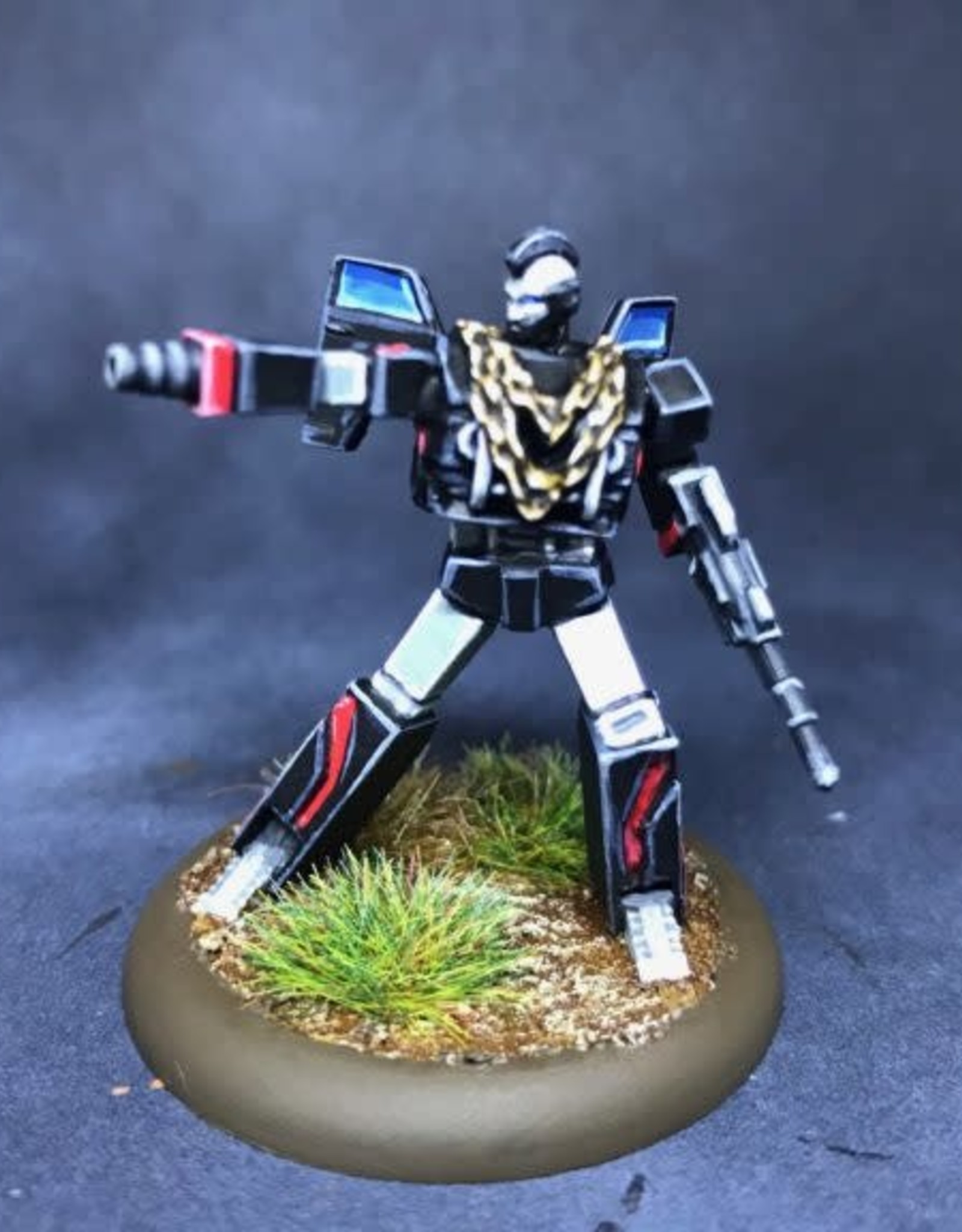 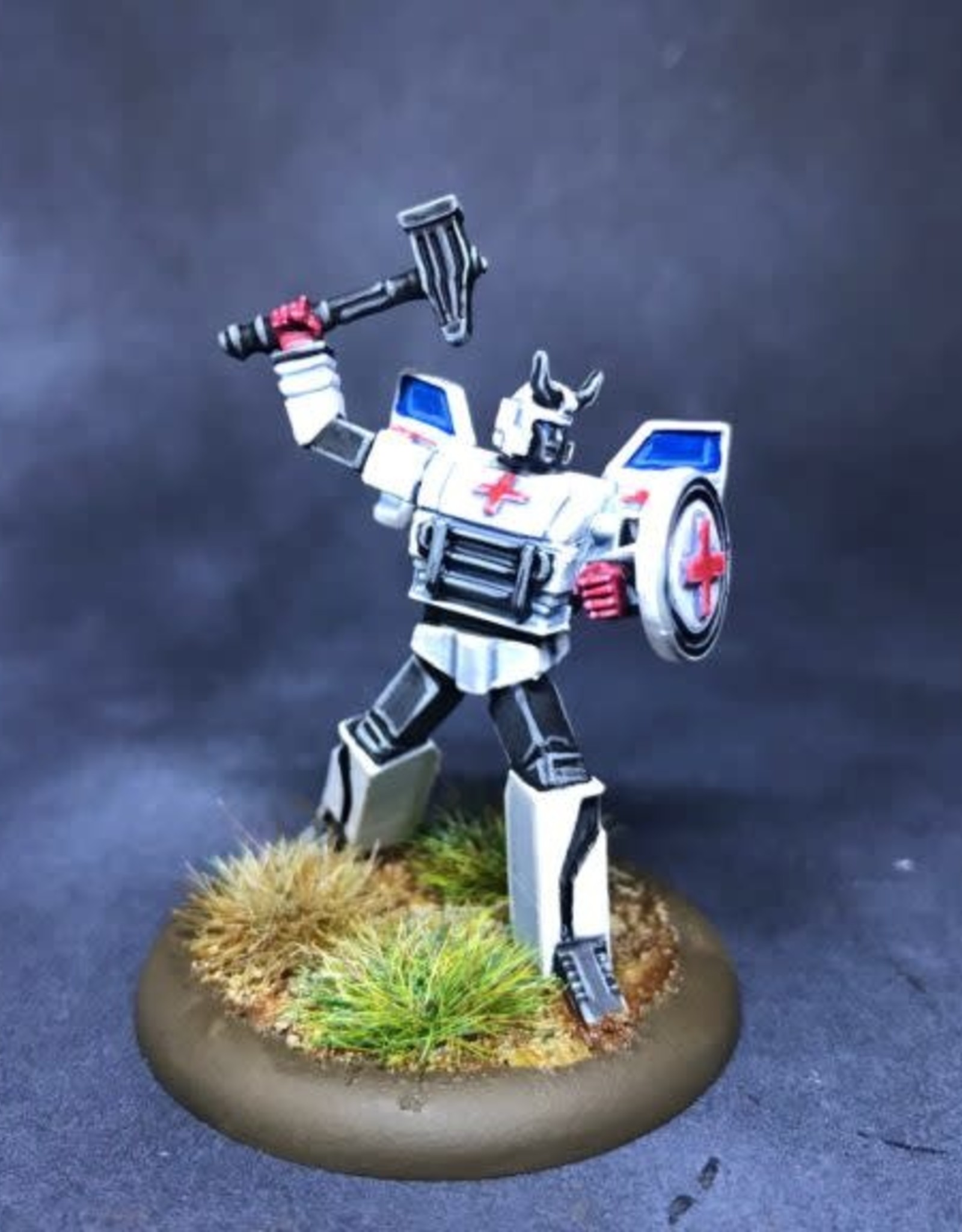 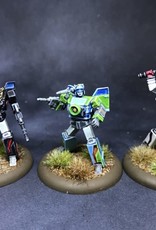 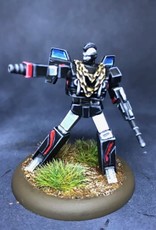 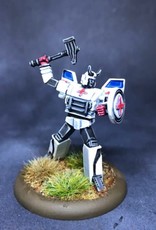 Phantom was among the few Valiants destroyed on impact with earth. Like Ironskin, his code was somehow mixed with earth tv signals which in turn affected the physical appearance of his new body. Phantom has a keen and discerning mind. A Valiant intelligence officer he is often called upon to discover or unearth Deceiver created mysteries. A keen detective, Phantom seems drawn into solving mysteries wherever he goes. In battle, Phantom has a special ability that he did not have prior to his destruction. He can bend light around his form to become completely invisible for short periods of time. Like a Phantom. This ability has proven an invaluable tool in the Bot War and it was Phantom that foiled Snake Corps plans to construct a secret desert base in Democracy territory. Also it was a heavily damaged Phantom that forced Omen to retreat from his raid on the coastal Democracy city. When the Valiants arrived on earth in 1982 a few were immediately destroyed on impact. One of these was Ironskin. As with all Valiants, his code returned to the one and a few weeks later was downloaded into a new body. However as his code floated in the ether it mixed with unfamiliar earth TV signals. Upon his download it was plain to see the impact these signals had had on his code. Ironskin is tough and talks tough. He has no time for fools and has an unnatural fear of flying. Above all Ironskin is a formidable warrior able to dish out as much punishment on enemy forces as he can take. Despite this external demeanour, Ironskin is a kind and gentle bot…..unless you are a fool Wrench is the spiritual guidance counsellor of the Valiant forces. Zealous and faithful to the One, Wrench is a gifted healer and can download code into new bodies 100% error free. Wrench handles or oversees all code downloads for the Valiants and has to date an unblemished record. 23 code downloads all 100% error free. In battle Wrench is a committed and fearless warrior. Although he lacks the combat punch or firepower of Bots similar to himself he is still an inspiration to his fellow Bots, fueling their bravery by just knowing he is near.