Beyond the Gates of Antares Dice Game

Home / Beyond the Gates of Antares Dice Game 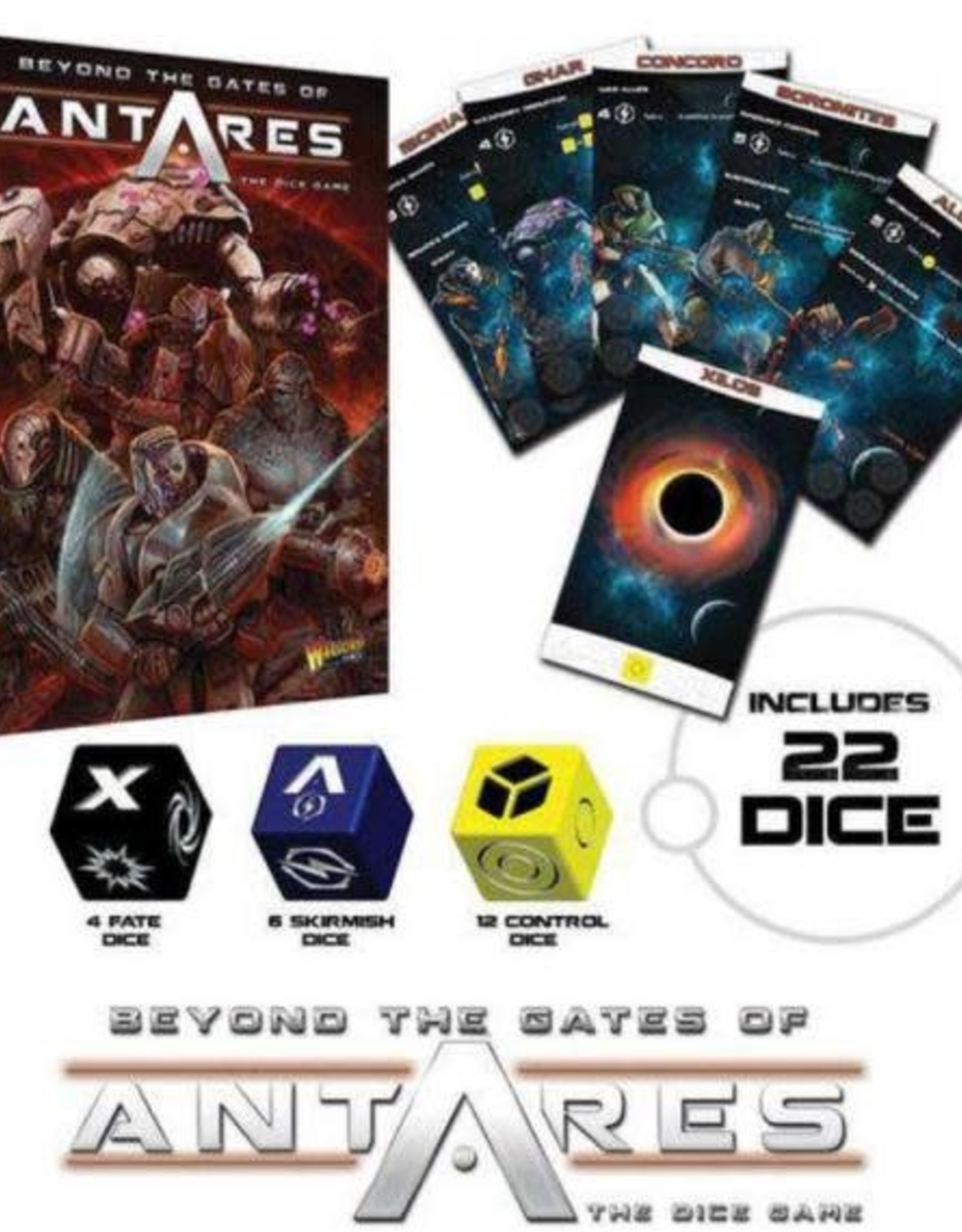 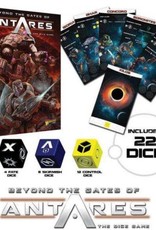 The ancient Gates of Antares link or isolate worlds across countless galaxies. The evolved panhu-man races wage unending war to control the Gates and the undiscovered systems beyond. Take on the battling forces of the Concord IMTel, the symbiotic Isorians, the bio-adapted Boromites, the twisted Ghar Empire or the warlike Algoryn Prosperate to claim control of the Gates that lead to new planetary systems to trade and colonise. With each faction bringing a unique twist to the other wise simple rules, roll the Skirmish dice to score victories on your campaign and claim the Gate. Each player's round represents a military offensive that will give the chance for scoring victories, but be aware of the Fate dice opponents will play against you as they can twist your results and turn a clear victory into a total failure!